Expect to see an effort to boost Russian-Turkish collaboration when the presidents of both countries meet in two weeks. 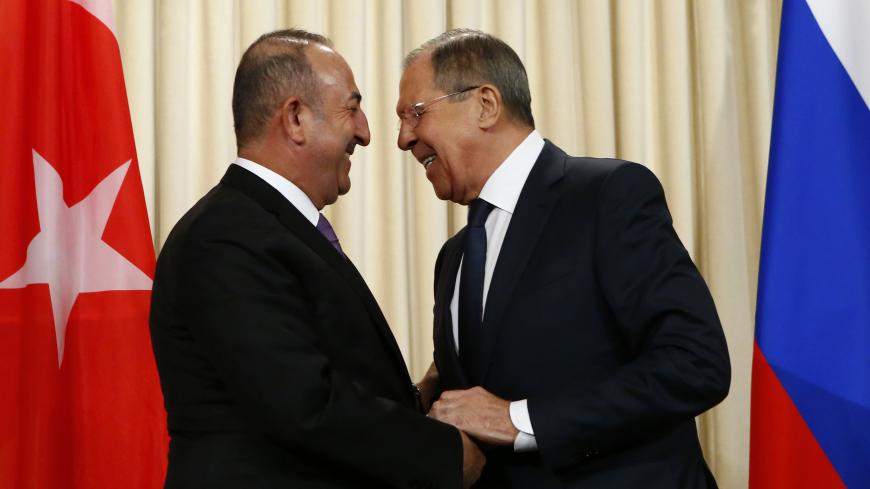 When the Russia-Turkey High Level Cooperation Council (HLCC) meets next month in Ankara, the presidents of each country are expected to discuss the issues of lifting visa requirements and deepening economic and military-technical cooperation, as well as developments in war-torn Syria, where each country pursues its own interests and, currently, tries not to interfere in the other’s business.

These were important topics at the March 14 annual Russian-Turkish Joint Strategic Planning Group in Moscow, a precursor meeting to the HLCC. Russian Foreign Minister Sergey Lavrov and Turkish Foreign Minister Mevlut Cavusoglu focused on a bilateral agenda and preparations for the top-level meeting in Turkey.

During a joint press conference, both ministers stressed the importance of expanding economic ties. Turkey has suffered under sanctions Russia began imposing after a Turkish fighter jet shot down a Russian bomber on the Turkey-Syria border in November 2015. Many of the sanctions have been slowly lifted, but the visa requirements and some agricultural trade bans remain in place.

"We agreed to continue moving toward lifting restrictions, including on agricultural products, as well as on other goods we supply to each other. This is largely related to the need to streamline bureaucratic procedures that stand in the way," Lavrov said.

The Turkish side touched on the sensitive visa topic. Starting Jan. 1, 2016, after the plane incident, Moscow introduced visa restrictions for Turks, who since 2011 had enjoyed visa-free stays of up to 30 days. Turkish authorities have raised this issue before and Russia promised to ease restrictions. However, the one-sided visa requirement is still in force. At the joint press conference, Lavrov said he had discussed with his Turkish colleagues several steps that could ease visa procedures now and eventually lead to the return of visa-free travel. The topic is expected to be revisited when the countries' presidents meet April 3 in Turkey.

The ministers shared views on the situations in the Middle East, South Caucasus, Central Asia, the Black Sea region and Ukraine, as well as cooperation among international organizations, including the UN, the Vienna-based Organization for Security and Cooperation in Europe and the EU. According to Lavrov, the ministers also discussed US actions, primarily on the eastern bank of the Euphrates River and along the entire length of eastern Syria, where the United States is creating military bases.

"I am confident that there are no grounds for doubting the intention — at least that harbored by certain members of the US leadership — to entrench themselves there for [a long time], if not for good, and facilitate the split of the Syrian Arab Republic," said Lavrov. However, there are numerous reports that Russia and Iran are also building permanent bases there.

Lavrov agreed with his Turkish counterpart that Russia and Turkey don't see eye to eye on 100% of all political counts. However, he said their exchange of views helps them coordinate efforts and move toward the goals set by UN Security Council Resolution 2254 within the framework of the peace talks held in Astana, Kazakhstan. The resolution addresses a Syrian peace process and calls for a peaceful transition of government.

Speaking with Russian government-owned news agency TASS, Cavusoglu said Moscow and Ankara have curbed bloodshed in Syria, calling the effort a clear example of making a change for the better. He described Turkey and Russia as good partners. "We have deep-rooted social and cultural ties that bring us closer. Our economies complement one another, and in the energy sector, there is huge potential for growth," said Cavusoglu.

Moscow and Ankara are collaborating on two big projects: a Russian-built nuclear station in Akkuyu, in Turkey's Mersin province, and Turkish Stream, a gas pipeline from Russia to Turkey across the Black Sea. The nuclear plant will be Turkey's first. Both projects have faced delays.

Both ministers also mentioned the controversial proposal for Turkey to buy Russian S-400 Triumph surface-to-air systems, although they provided no new details. Before his visit to Russia, Cavusoglu explained to the German media why Turkey is buying a Russian defense system. "We needed it urgently because we didn't have an air defense system. We even had the problem of buying simple rifles in the United States because of concerns in the US Congress," Cavusoglu said in an interview with German daily Die Zeit. "If the US government can guarantee that Congress will allow it, we will buy their Patriot systems."

Moscow is very interested in developing military-technical cooperation with Ankara. Two weeks before Cavusoglu’s visit to Moscow, the Russian capital hosted a panel discussion on the prospects of Russian-Turkish cooperation in the fields of security, defense and terrorism threats.

The Lavrov-Cavusoglu meeting coincided with Russia's biggest and most important tourism event — the Moscow International Travel and Tourism Exhibition. Turkey was represented there by Culture and Tourism Minister Numan Kurtulmus. With a 13,500-square-foot stall, Turkey was the largest participant at the exhibition. Since Russia and Turkey have been mending fences over the jet crisis, Turkish resorts have become the most popular destination for Russian tourists. In 2017, the number of Russian citizens who visited Turkey reached 4.7 million people. According to Lavrov, Germany had been the leader in terms of tourists visiting Turkey for many years, but that has changed significantly because of political tensions between Berlin and Ankara. Russians, however, are once again making Turkey a top vacation destination. According to data provided to Al-Monitor by tourist operator Level Travel LLC, 59% of that company’s clients have already booked stays at Turkish resorts for May.

Kurtulmus has also discussed ongoing preparations for the Turkey-Russia Culture and Tourism Year in 2019 and participated in the opening ceremony of the Moscow branch of Turkish cultural center Yunus Emre Institute.

"Thousands of our Russian friends will learn Turkish here," Cavusoglu said, calling the institute Turkey’s cultural ambassador in Russia. The first Yunus Emre Institute in Russia started its work with a photo exhibition devoted to Andrei Karlov, the Russian ambassador to Turkey who was assassinated at the institute's exhibition in Ankara in December 2016. His widow, Marina Karlov, attended the opening ceremony.