Cairo's plan to involve the private sector in the management of its railways is intended to improve services and fight corruption, but some in Egypt see any movement toward privatization as a dangerous slide. 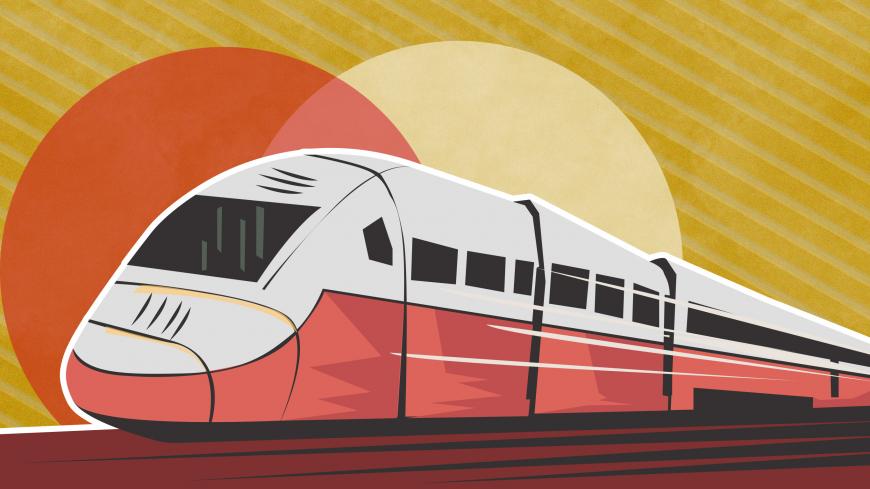 CAIRO — “Privatization” is still a bad word in Egypt, carrying the stigma of the “privatization ministers” under the Mubarak regime. They sold state properties like factories, companies and facilities serving citizens such as power and gas distributors and phone companies to members of the disbanded National Democratic Party (Mubarak’s party) at low prices. On March 4, privatization knocked on Egypt’s door in a new form that has many experts alarmed.

Privatization has taken on a new form in Egypt’s economic life. On March 4, the Egyptian parliament amended 1980's Law No. 152, which established the Egyptian Railway Authority. The amendments gave the authority more power, including the role of making agreements with the private sector to outsource the building, managing, operating and maintaining of railways. Its ultimate goal is to improve and expand these services and increase investments.

Commenting on Ismail’s statements, Minister for Public Entreprise Khaled Badawi said on the Feb. 27 TV show “Yahdouth fi Masr” that the partnership between the public and private sectors is very important for the state. He noted that managing state assets and projects in partnering with the private sector, provided the private companies share the profits as agreed, is not privatization.

Farouk noted that this practice is as harmful as full privatization, as it “squanders vital services like power, gas and the railways, and sacks public employees in the facilities and projects related to these services. It also reduces such projects and increases the price of related services on citizens.” He concluded, “We are facing temporary privatization until usufruct right contracts, which the private sector gets in exchange for managing state properties and public services, end.”

Ayman Abdul Mordi, a professor of economic law at the faculty of economics and political science at the University of Cairo, disagreed. He told Al-Monitor that such partnerships and the state’s delegation of unused asset management to the private sector is not privatization at all. He said, “The state will remain the owner of these projects and facilities and can require the private companies to achieve development goals without arbitrarily firing employees. [The state can force them to end] employment contracts with fair compensation and [stop them from] increasing the price of services. The state can, for example, pay part of the service costs with the expected profit from developing the facility.”

Farouk told Al-Monitor that the state is pursuing the policy in line with the requirements of the International Monetary Fund (IMF). The IMF encourages states to reduce their burdens to enable them to pay off debts to the fund. Meanwhile, investors are being given the chance to raise prices as a way to revive the investment sector, increase the state’s tax proceeds from that sector and bolster the state’s capacity to pay off its debts through these proceeds.

Abdul Mordi said that involving the private sector in management is a way “to fight corruption, bureaucracy, ill-planned decisions and the lack of accountability for mistakes in the state’s administrative institutions.” He noted that the recent train accidents such as the train crash in Beheira Feb. 28 demonstrate that the state's traditional administration, plagued with corruption and bureaucracy, is incapable of running these industries safely.

Ali al-Idrissi, a professor of economics at the Higher Institute of Economics and Environment at October 6 University, told Al-Monitor that the IMF recommendations and corruption concerns weren't the only reasons the state expedited the application of the partnership policy with the private sector by amending the railway law. He said that this policy is the only available solution, as the development some sectors and facilities need requires vast sums the state just doesn't have. Developing the railways is estimated to cost 220 billion Egyptian pounds ($12.5 billion).