The plan defines the contours of the state’s future participation in the economy, including those activities it plans to exit, to increase the contribution of the private sector. 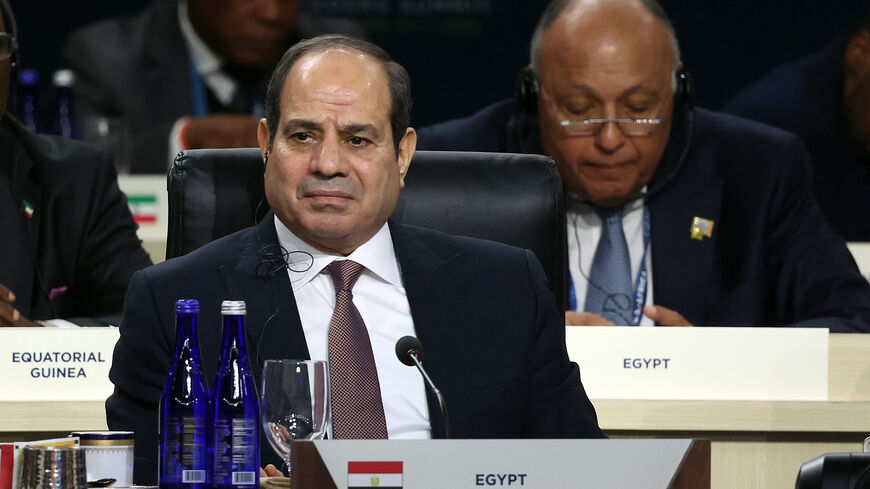 CAIRO — After more than half a year in the making, Egypt’s President Abdel Fattah al-Sisi finally approved at the end of December a strategic program drawn up by the government that sets out the economic sectors from which the state plans to withdraw in the coming years, and those in which it intends to increase or reduce its involvement.

The State Ownership Policy document, which seeks to define the contours of public sector presence in the Egyptian economy, is primarily aimed at creating an attractive and conducive environment for the country's stagnant private sector to expand and attracting local and foreign investments, at a time when the nation is facing a deep economic crisis.

Prime Minister Mustafa Madbouly stated during the presentation of the government’s plans in May that the goal is to double the private sector’s contribution to economic investments to 65%, from 30% in 2021. The final text, however, only states that the aim is to increase investments by 25%-30% and achieve an economic growth of 7%-9% that helps to create jobs.

The approval of the document came just two weeks after Cairo secured a new $3 billion loan from the International Monetary Fund (IMF) in exchange for a new set of reforms, including policies to unleash private sector growth by reducing the state footprint in the economy.

Kevin Graham, editorial manager at emerging market research firm Oxford Business Group, talked to Al-Monitor about the document. “The State Ownership Policy document relates to the concerns voiced in recent years of business leaders and investors about the fairness of competition among all market players,” he said.

The last version of the document states that the government plans to completely withdraw from 62 economic activities, reduce its participation in 56 and expand its share in 76 over the next three to five years, according to the Cabinet. Previous drafts called for the state to withdraw from 79 sectors and cut its contribution in 45.

“While less ambitious than the draft version released in the spring of 2022, this represents a very positive and important step forward in terms of clarity for businesses and investors on where they will face competition from state-owned entities and where they can have an expectation of private sector competition,” Graham noted.

The three ways defined by the government to reduce its involvement in the economy and increase the role of the private sector include public share offerings on the stock exchange, the sale of stakes to strategic investors and different forms of public-private partnerships.

The document does not detail which state-owned enterprises will exactly be subject to privatization. But the memorandum prepared by the government outlining the policies it will adopt under the IMF agreement anticipates that an “ambitious divestment plan” will follow the state-ownership policy. It specifies that this will include military-owned companies, which have greatly expanded their footprint since Sisi took power in 2013. The document also states that authorities already aim to raise $2.5 billion in the first phase of pre-initial public offering stake sales by the end of fiscal year 2023 at the end of June.

In the memorandum, Egypt also commits to strengthen the transparency of state-owned enterprises, including those that are military-owned, improve their governance and management, and put an end to any kind of preferential treatment. In addition, the agreement with the IMF emphasizes that the state ownership policy is endorsed by Sisi.

Rather than entire economic sectors, the state ownership policy document covers specific economic activities. For example, it states that the state plans to fully exit from activities such as horticulture and field crops, desalination plants, river transport services and commercial insurance.

Other industries from which it plans to completely withdraw include the production of electric and electronic devices, furniture, leather and retail.

Meanwhile, the government plans to increase the state’s presence in economic activities that it considers strategic or in which the private sector may be reluctant to enter. These include large infrastructure linked to transportation, land reclamation and irrigation projects, water production plants, Suez Canal projects, oil and natural gas extraction, the fertilizer and oil refining industries, and portions of the education and health-care systems.

The document also details the activities in which the state wants to reduce its presence in favor of the private sector but without completely withdrawing. These include shares of the port and the railway sectors, water treatment plants and parts of other industries such as mining, electricity, wholesale, financial brokerage, information and sports.

Other industries on which the document seeks to define the contours of state involvement include the food, metallurgical, chemical, textile and pharmaceutical sectors.

With the document in place, a higher committee will now be charged with overseeing the execution of the strategy. The body will be headed by Madbouly and will include several ministers and the heads of the Egyptian Sovereign Wealth Fund, the General Authority for Investment and Free Zones, and Egypt’s Competition Authority.

Although the state’s exit from the previous economic sectors is set to take place within three to five years, the exact timetable of the strategy has not yet been defined, and the document mentions that the government will gradually announce its implementation.

“At this stage, it is hard to tell whether the plan outlined will sufficiently level the playing field and create the necessary economic opportunity to attract the business and investment that was expected to follow [a previous] IMF deal [in 2016]. But the clarity provided by the document is a positive step forward regardless,” Graham said. “As with most regulatory changes, implementation will be the determining factor.”

The severe economic shock that Russia's war in Ukraine has brought to Egypt has pushed the government to abandon the reliance on debt, especially short-term, that it has developed in recent years and try to build stronger and more sustainable sources of finance, including increased exports, foreign direct investments (FDI) and the private sector.

The government's sweeping privatization plans, which have raised political concerns for the lack of transparency and oversight. These plans have particularly attracted the interest of Gulf countries such as Saudi Arabia, the United Arab Emirates and Qatar, which in 2022 pledged to make investments in Egypt totaling some $22 billion.

However, the severe financial turbulence that Egypt is going through and the adverse market conditions, coupled with a sometimes hesitant commitment by local authorities to relinquish control of some economic sectors, have left these plans largely stalled.

Callee Davis, an economist at Oxford Economics Africa, spoke to Al-Monitor about the Egyptian government's privatization plans. “Egypt’s economic situation is rapidly deteriorating, with foreign exchange reserves coming under more and more pressure. This certainly gives the government more of an incentive to boost FDI and portfolio inflows to the private sector than in previous years,” she said.

But she cautioned that the extent of the change is still unclear. “Although the government is planning on exiting core economic sectors, this does not necessarily mean that the private sector in a general sense will be empowered. The juiciest investment opportunities will be reserved for Gulf players, often politically connected, and certain military companies will be off-limits,” Davis noted.