Ten of Egypt's largest state-owned companies will be listed this year on the stock exchange, while others will be sold in the coming years as the government tries to attract foreign investors to relieve economic hardships. 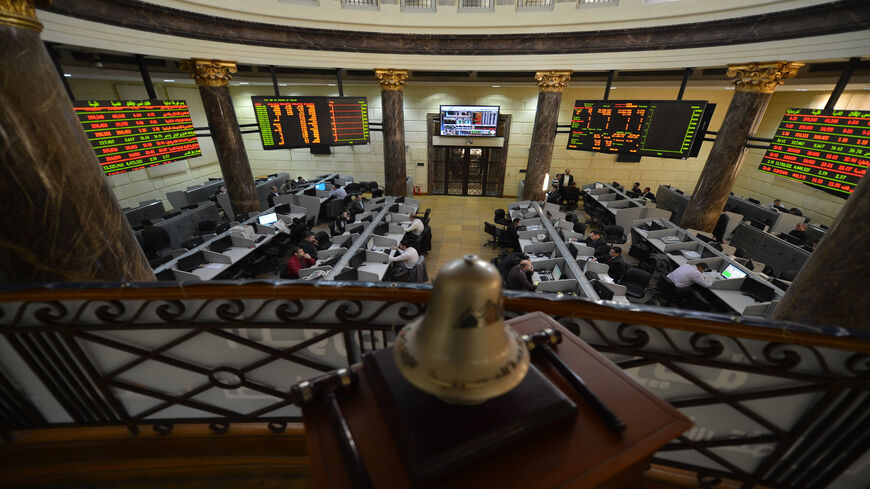 CAIRO — Egypt will list 10 of its largest state-owned and military-owned companies on the stock exchange by the end of this year, and several other assets will be sold over the next four years in order to attract foreign investors and also alleviate the current economic hardships.

Egyptian Prime Minister Mostafa Madbouly gave a lengthy press conference May 15, describing the current crisis as the worst in a century. "The [Ukraine] war repercussions have put a heavy burden on us financially. We expect 130 billion pounds [$7.1 billion] of immediate impacts, as well as 335 billion pounds [$18.3 billion] of indirect effects as a result of increased prices for commodities like wheat, oil and even interest rates," he said.

He stated that as a direct consequence of the war, there was an outflow of billions of dollars or "hot money" from Egypt, causing the government to devalue the currency by 17%. But the Gulf states have helped Egypt cope by pledging $22 billion in investments.

Even so, Egypt still faces a budget deficit of $20 billion, a debt-to-GDP ratio of 85% and high prices for major commodities imported. The Egyptian government will spend $4.4 billion on wheat this year, up from $2.7 billion last year after the Russian invasion of Ukraine raised wheat prices. According to Madbouly, a rise in oil prices will also cost the state $11.2 billion instead of $6.7 billion to buy 100 million barrels.

As a way of getting liquidity, Cairo's plan in the months ahead is to sell state-owned assets to private investors and government-owned companies to be listed on the Egyptian stock exchange by the end of the year, Madbouly said. Direct sales are also expected for other firms.

Madbouly revealed that seven Egyptian ports will be merged into one company, as well as many prestigious hotels, with a portion of each listed on the Egyptian Exchange for foreign and local investors. Private investment will also be sought for transportation projects such as a monorail, high-speed train and electric train.

By privatizing these assets, the government expects to raise $10 billion annually for a period of four years, which should help fill a budget deficit of up to $20 billion. Other methods for acquiring the remaining $10 billion include borrowing from the International Monetary Fund and issuing bonds.

Companies that are going to list on the stock exchange or be sold directly have not yet been announced. But on May 17, local media received an official document detailing the industries that the companies would trade in.

According to the draft, the government would liquidate its investments and properties in 79 industries, such as fish farming, livestock, dairy, construction, TV and film production, retail trade, automobiles, furniture and fertilizer. Although the state would maintain 45 other investments, it would reduce them and be open to private participation, especially in cement, iron, aluminum, poultry, cigarette and tobacco plants, and sewage treatment plants.

Several of these firms are expected to be acquired by Gulf states. Abu Dhabi's sovereign fund — ADQ — has already acquired a stake in Egypt's Commercial International Bank in April. An IPO of shares of Banque du Caire will also likely pique investors' interest in the Gulf.

Hany Genena, lecturer in corporate finance at the American University in Cairo, told Al-Monitor that Saudi Arabia, Qatar and the United Arab Emirates have a strong appetite for overseas investments.

He pointed out that while countries that consume goods are facing a crisis, oil-exporting countries are enjoying one of their peak periods, as evidenced by their financial flows. “We have a strategic relationship with the Gulf. We need to bring this capital here to invest in Egypt,” he added.

However, Hussein Suleiman, deputy head of the economics department at Al-Ahram Center for Strategic Studies, said some of the assets that will be put up for sale on the stock market should be considered national security for Egypt and not be sold off, such as the ports that might be taken over by the Emirati firm DP World, which already operates Sokhna.

The government's decision to merge the ports into one firm and list a portion on the stock exchange prompted criticism. Minister of Transport Kamel al-Wazir defended the decision, saying that "there is no sale" and that the government will remain a regulator and overseer.

During Madbouly's press conference, he announced that the government would develop axes to improve the business climate and encourage private sector participation in state-owned assets through a package of incentives and privileges and by opening channels of direct communication with the private sector.

For Madbouly's new strategy to stimulate the private sector to succeed, "deeper reforms are needed than those proposed," according to Suleiman. "We have seen the impact of Egypt's poor political climate. In the past few months, the Juhayna [Food Industries] company crisis has grown tiresome. … Its causes are unclear, but the reports indicate disagreements between different [state] agencies and businessmen over certain shares. These issues are more damaging to the Egyptian economy.”

Suleiman is referring to Juhayna Food Industries, a giant Egyptian dairy firm whose chairman, Safwat Thabet, and his son Seif are currently behind bars. Accusations of Thabet's association with the banned Muslim Brotherhood-led to the freezing of his assets in 2015, allegations he strongly denied. Despite freezing his assets, Thabet remained chairman of the company until he was arrested in 2020 and his son in 2021 for refusing to hand over their shares to a state-owned business. Following Thabet's arrest, foreign investors who owned stakes in Juhayna sold them. The firm's stock market cap has dropped since then.

As of last month, Abdel Fattah al-Sisi called for a national dialogue with political forces. He also reactivated the presidential Pardon Committee to study the conditions of detainees. Suleiman noted, “There has been a recent realization that the current economic crisis stems from the fear of local and foreign investors to invest [in the country] due to the weak political environment; therefore, the idea of calling for dialogue has been put forward. However, how serious is this dialogue and how far can it lead to radical reforms?”

Despite Egypt's debt rating being affirmed at B+ with a stable outlook in April following the devaluation of its currency, Fitch Ratings stated that “political instability remains a significant tail risk … the space for political opposition and freedom of expression is restricted."