Members of the Jordanian Bar Association are refusing to appear in the military-run State Security Court in defense of protesters arrested while demonstrating against the government's decision to lift bread subsidies. 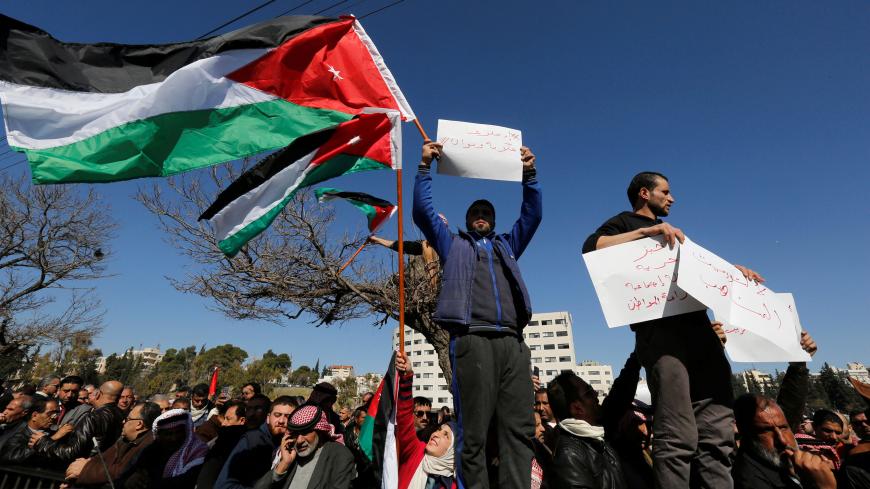 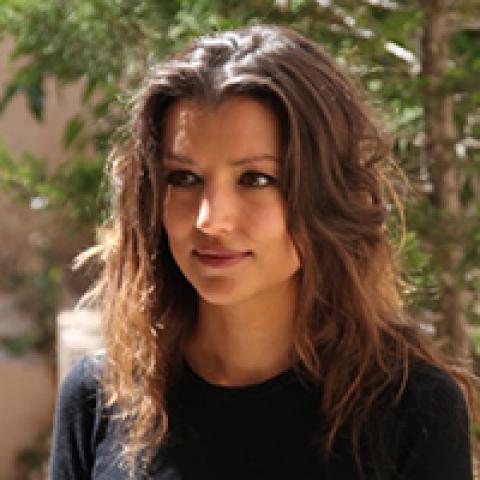 Jordanian lawyers are boycotting the kingdom’s State Security Court in protest against the arrest of activists who took part in ongoing demonstrations triggered by the end of bread subsidies on Jan. 27.

The Jordanian Bar Association said in a March 8 statement that the arrests are a violation of the freedom of expression and instructed lawyers not to appear before the military-led court until the protesters are released. Although the Bar Association could not confirm the number of arrested activists, an official at the government-funded National Center for Human Rights told Al-Monitor that five or six protesters are still detained.

Bar Association council member Anas Shatnawi told Al-Monitor that the association’s decision to boycott the court was made after talks to free the protesters failed.

The State Security Court has jurisdiction over crimes concerning Jordan’s security such as terrorism, espionage and treason. Its judges are appointed by the government and prosecutors are military officers. Human rights groups have raised concerns over the court’s lack of independence and unfair trials.

Among those arrested is lawyer Ali Buraizat. He was detained after he gave a speech Feb. 23 at a protest in Dhiban, a remote town south of Amman that was the first in Jordan where demonstrations were held in the early years of the Arab Spring. Addressing a crowd of protesters, Buraizat urged Jordanians to appeal for reforms directly to King Abdullah II, and said that the monarch controlled the government’s decisions. He called on the king to communicate with the nation and to address government corruption.

Buraizat is facing multiple charges including undermining the regime and insulting the monarchy. He was held in solitary confinement for a week and transferred to a hospital after he went on hunger strike, according to Shatnawi. “He was just expressing his opinion,” Shatnawi said.

The National Center for Human Rights criticized the prolonged detention and solitary confinement of activists in facilities designed for dangerous criminals and the use of the State Security Court to prosecute them. The center received several complaints that authorities had forced activists and their families to declare loyalty to the king, it said in a statement March 13.

Demonstrations broke out across Jordan after the government lifted wheat subsidies Jan. 27, nearly doubling the price of a kilo of pita bread to 0.40 Jordanian dinars ($0.57). Ten days earlier, the government had imposed steep tax increases on hundreds of goods including vegetables, salt, oil and milk.

The protesters’ demands go far beyond subsidies and prices. They are calling for the dissolution of the government and parliament, a new electoral law, accountability for corruption and a change in Jordan’s economic policy.

“It was never about the bread,” said Ahmad Wisheah, a car dealer from As-Salt, where activists gather nightly in the town square and march through the historic district every Thursday. “It’s about everything that has been targeted. They didn’t leave anything — everything has risen,” Wisheah told Al Monitor.

The tax hikes mandated by the International Monetary Fund have affected most consumer goods. Jordan is in the midst of an ambitious three-year IMF program demanding structural reforms to shrink public debt from 95% to 77% of gross domestic product by 2021.

On Feb. 25, Prime Minister Hani Al-Mulki reshuffled his Cabinet for the sixth time since May 2016, but the move did little to placate protesters.

“They change positions, not people. They put Mohammad in Ahmad’s place and Ahmad in Mohammad’s place,” said Wisheah, echoing the other protesters’ complaints.

Mulki’s new government will be tasked with imposing further austerity measures to meet IMF targets, and the premier urged Jordanians to tighten their belts at a meeting with Jordanian youth March 9.

His message was undermined the next day when a memo was leaked from his office authorizing the purchase of new Mercedes Benz cars for municipal mayors. The memo was widely shared by Jordanians via WhatsApp and other social media platforms, feeding frustration about corruption.

Demonstrations have also been held in Karak, Tafilah and Zarqa. Like As-Salt and Dhiban, these are tribal areas that have traditionally been the monarchy’s political power base. Their residents historically enjoyed financial benefits such as public sector jobs and subsidies in return for their loyalty to the monarchy. Public spending cuts have tested this bargain, as they had the most to lose from the economic reforms designed to reduce Jordan’s fiscal deficit.

Burdened by bank loans and high unemployment, Jordanians “became beggars in their own country,” says Amin Ekhraisat, a trader who has joined the protests in As-Salt. “The Jordanian citizens became disloyal because they didn’t make us feel loyal to this country,” he said. “They only implement IMF decisions.”

Protesters in As-Salt demand that all those guilty of corruption be held accountable, “even if they are our close relatives,” said Khaldoun Abu Arab, a university staff member from the town. “We want companies that have been privatized to be nationalized again” and an altogether new government, he told Al-Monitor.

Members of the powerful Beni Hassan tribe chanted the same demands during a sit-in in Zarqa March 16, demanding that the state retake ownership of privatized companies and protesting the government’s “surrender” to the IMF.

The protesters’ anger has mostly been directed at the government, not the king, and the demonstrations remain smaller than those that followed fuel subsidy cuts in 2012.

But the low turnout does not reflect the public mood, said Ekhraisat. “Even those who have not taken to the streets reject the situation. However, they’re scared of the police pressure. … No one is accepting this situation. Countries fall because of the rising prices and absence of justice. All these elements are present in Jordan.”

Authorities are arresting activists to deter dissent, protesters said. “That’s how they terrorize people. They scare them with being referred to the State Security Court and have this on their record if they take to the street,” said Abu Arab.

In addition to the fear of a security crackdown, the chaos wrought by civil unrest in Syria has also dampened Jordanians' appetite for demonstrations. For now, the protest movement is confined to small groups aggrieved by economic policies that have lowered their standards of living. Yet they do not fully represent the poorest among Jordanians. The protesters seek economic reforms to restore their privileges, not a new regime.

Nevertheless, without reforms, the protests could spread wider and become harder to contain, warned Abu Arab. “This is the dangerous point. The people who are now in the street are not the hungry ones. They are self-sufficient. If the hungry people take to the streets, it would be impossible to shut them up,” he said.