Why Palestinians say early elections in Israel would change nothing

Palestinian sources estimate that whether or not Israeli President Benjamin Netanyahu wins in the next election, settlement policies will persist. 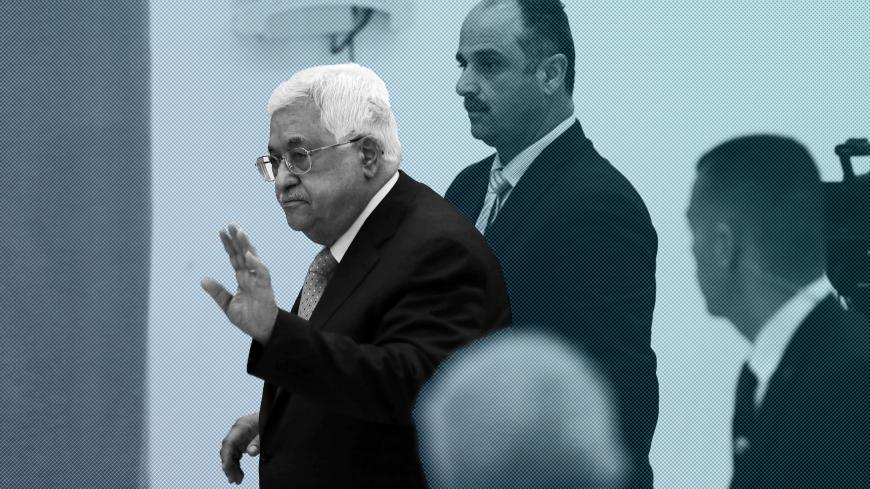 Visiting Ramallah these days, it is hard to say what Palestinian politicians are watching more of on TV — Palestinian news or Israeli news.

There is great curiosity within the Palestinian leadership about the eventual Israeli elections. After closely following Israeli news, they know that even if the immediate threat of early elections was averted, this eventuality should not be dismissed. In fact, most of the senior Palestinian officials Al-Monitor spoke with in recent days rejoice openly about the investigations Prime Minister Benjamin Netanyahu is under, but they doubt this will hurt him politically. A decade of Netanyahu rule has also convinced them that he may be there forever and a day.

Yet a senior PLO official close to President Mahmoud Abbas told Al-Monitor that Israeli elections are never a forgone conclusion. He is a savant of Israeli politics and recalls very well the 1996 hopes for a Peres victory on the evening of election day, only to wake up the morning after to a Netanyahu victory and to the end of the Oslo process.

According to this Palestinian official, there is a clear decision by the leadership in Ramallah not to interfere in an eventual Israeli election. He compares the current situation to that of the 1996 elections, when US President Bill Clinton supported Shimon Peres, while Hamas and Hezbollah generated violence in Israel, thus strengthening the Israeli right. Nowadays, he argued, we have again a US president backing the Israeli incumbent. President Donald Trump is backing Netanyahu by moving the US Embassy to Jerusalem and possibly attending the ceremony. And we also have again the Palestinian fundamentalists. As in 1996, they would like nothing more than a victory of the Israeli right and the settler movement because a conflict would strengthen them in the Palestinian street.

The PLO official believes that May could turn into a violent month. Trump’s decision to relocate the embassy and his statement that Jerusalem is off the table have shocked many Palestinians. The inauguration of the new embassy could thus lead to anything between violent terror attacks to an Al-Aqsa intifada.

The PLO official said that there is also a sense of transition in Ramallah. Pressure on Abbas is growing to appoint a deputy from Fatah — not only as general preparation for the post-Abbas era, but also to guarantee that popular candidates such as Mohammed Dahlan and Marwan Barghouti will not step in. He did not elaborate on Abbas’ health situation except by saying that Abbas was not a young man anymore.

Palestinian sources argue that Abbas will continue his cautious approach, while standing firm against Trump’s policies and his eventual new plans. Abbas plans to galvanize his main Arab partners into a peace initiative for a two-state solution, in cooperation with the European Union and Russia. (The official said that Israelis must know that there is an alternative to their annexation policies.) In fact, the Palestinian president has decided to continue full security cooperation with Israel, since in this sensitive period he wants to prevent violence generated by the more radical Palestinian factions.

The Ramallah leadership would prefer to see a change of power in Israel to the center-left, led by Yesh Atid’s Yair Lapid and the Zionist Camp. Still, they nourish little hope for a shift in settlement policies even if the center-left wins. They estimate that both of these candidates — Lapid and Zionist Camp's Avi Gabbay — would ally with the right.

The PLO source concluded that in Palestinian eyes, the next elections in Israel would constitute a de facto referendum on Netanyahu and the settlements. If Netanyahu is re-elected despite his criminal investigation, it would signal Israeli support for his annexation policies and objection to a two-state solution. He said that like in 1996, Fatah would prefer a center-left victory, while Hamas and Hezbollah want the Israeli right to have the upper hand.

A senior Israeli Ministry of Foreign Affairs official close to Netanyahu told Al-Monitor that Abbas’ policies and rhetoric were his way of vindicating Netanyahu’s repeated claim that there is no Palestinian partner to a peace process and that most Israelis are conscious of it. He also is confident that if elections were to take place soon, Netanyahu would be re-elected.