Palestinians are hoping for a Yitzhak Rabin-style Israeli leadership from the security establishment that will distance itself from current settlement annexation policies. 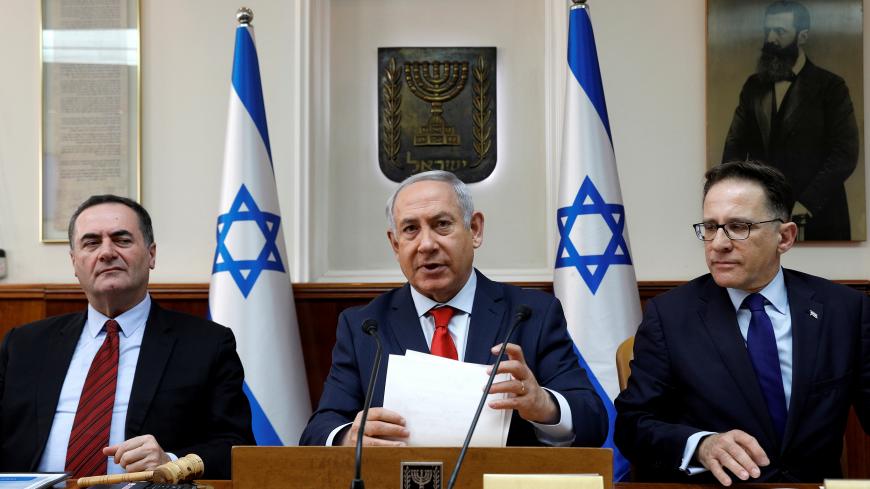 The Palestinian leadership is following the tumultuous Israeli political scene with a combination of delight and despair. A senior PLO official who is well acquainted with Israeli politics said that after losing hope that the US administration would generate any advancement in the coming years, change could only come if the Israeli leadership changes. In other words, only an Israeli leadership that distances itself from Prime Minister Benjamin Netanyahu’s annexationist settlement policies could offer a diplomatic horizon.

The Palestinian source told Al-Monitor on condition of anonymity that most of the Ramallah leadership follows Netanyahu’s corruption scandals. “We don’t believe he will be indicted. The occupation has eroded Israel’s democracy. Israel is run by a junta of right-wing politicians and settlers,” he said. Yet their assessment is that at the end of 2018, there will be elections in Israel and Netanyahu’s rule could come to an end. In terms of a Likud-leadership replacement, they believe it will be more of the same. Among the potential contenders they know best is former Defense Minister Moshe Ya’alon. “A partner to peace he is not,” noted the Palestinian source. In any case, he believes that the Israeli right will be run in the future by settlers and right-wing fanatic rabbis.

With such estimations, the Palestinian leadership would welcome any alternative in the vein of former Prime Minister Ehud Olmert from the center right; Yesh Atid’s Yair Lapid; Zionist Camp’s Avi Gabbay; or even former Labor Prime Minister Ehud Barak. Still, the Palestinians don’t expect a real change of position. “We have strong disagreements with all of them. Gabbay’s questioning over the necessity to dismantle settlements in a future two-state solution places him right of Netanyahu. Lapid’s speeches in Ariel and other settlements also indicate that he might stick with conflict management, not changing the basic policy.”

The first conclusion was that despite any ideological preference, on the strategic level and for now, Netanyahu remaining in power would be the best possibility. This would bolster the international consensus on Palestinian statehood based on the 1967 lines, with East Jerusalem as the capital.

Second, a real change and hope for peace would be a Yitzhak Rabin-style leadership — a general who understands the absolute necessity of a realistic two-state solution and has the courage to pursue such policies. Former Israel Defense Forces Chiefs of Staff Gabi Ashkenazi and Benny Gantz were named as possible examples.

The last conclusion was that whoever is in power in Israel as of 2019, will have to accept the 2002 Arab Peace Initiative as the basis for negotiations. This would be the only way for Israel to advance if it wants to return to a viable peace process.

A senior Israeli Foreign Affairs Ministry official who spoke to Al-Monitor on condition of anonymity accused the Palestinian leadership of prejudice toward the Israeli political system. “As long as [Arab Knesset member] Ahmad Tibi will not be prime minister, they will not consider Israel as a democracy,” he said. The Israeli source claimed that on the Palestinian issue, the gaps between the main Zionist parties are not significant, as there is no real Palestinian partner to a peace process. He added that the ministry is also following Palestinian politics closely. In his view, support for Hamas in the West Bank is getting stronger after US President Donald Trump’s declaration on Jerusalem. The Mahmoud Abbas regime is weakened and is barely clinging to power. In his analysis, future Palestinian leadership will emerge from one of three circles: the security establishment, which holds the keys to power, headed by Palestinian Intelligence Chief Majid Faraj; the younger urban Fatah elites with strong nationalistic tendencies who are followers of imprisoned Marwan Barghouti; or fundamentalist religious Hamas.

The Israeli source believes that none of these elements would be a viable partner for peace. Nevertheless, he expressed a preference for the Palestinian security establishment because of its relative pragmatism.

The Israelis and the Palestinians both express despair over the other side’s current and future leadership. A modest silver lining is the preference on both sides of new leaders emerging from their respective security establishments.