The topsy-turvy world of Jewish-Arab relations

Despite evidence of a serious deterioration in relations between Jews and Arabs in Israel, one researcher contends that Israeli Arabs continue to show a strong link to a Jewish and democratic Israel. 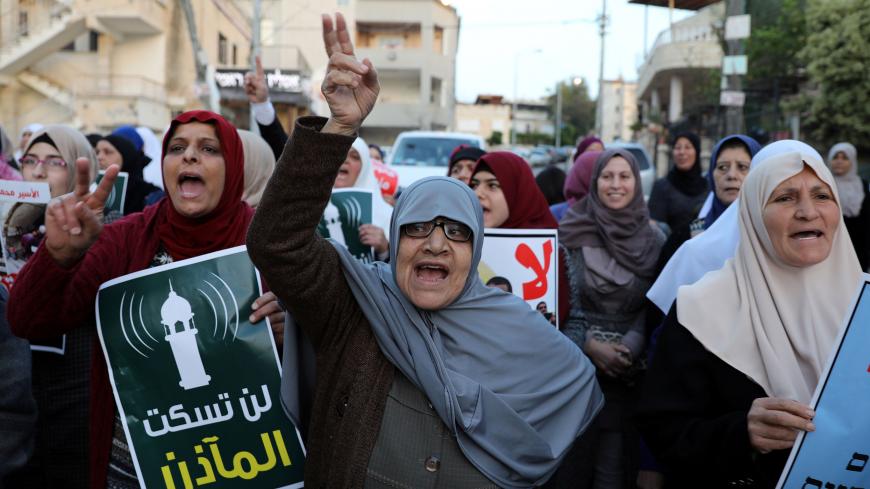 March 17 marks two years since his horrible election-day video warning — “Arab voters are coming out in droves to the polls” — and calling on Jews to turn out en masse. It’s hard to know how many votes he picked up for the Likud with this alarmist message, but the damage he caused to relations between Jews and Arabs is discernible.

The annual index compiled for more than 40 years by professor Sammy Smooha of Haifa University points to a decline in the Jewish majority’s perceived legitimacy of the country’s 20% Arab minority. The proportion of Jews accepting the Arabs’ status as a minority with full civil rights in a Jewish and democratic state fell from 75% to 68%. Three out of 10 Jews think the Arabs should leave the country and receive appropriate compensation. The percentage of Jews who refuse to have Arabs as neighbors grew from 41% to 48%.

At the same time, the Arabs’ perception of the state’s legitimacy has also changed. Whereas 66% of Arabs recognized Israel’s right to exist in the 2015 survey, the rate declined to 59% in the 2017 survey. Only a minority, 47%, of Israeli Arabs are reconciled to Israel as a state with a Jewish majority compared to a majority of 60% two years earlier. In addition, the study discerned a significant increase in the threat perception of Israeli Arabs, with 73% fearing a severe undermining of their basic rights compared with 68% in the previous poll.

Although the index points to a serious deterioration in relations between Jews and Arabs over the past two years, Smooha does not believe Israeli Arabs have burned their bridges to the Jewish state. He notes that the findings essentially continue to show a strong link on their part to a Jewish and democratic Israel.

Speaking at a seminar last week to mark the publication of the index, sponsored by Tel Aviv University’s Tami Steinmetz Center for Peace Research, Smooha emphasized that over the span of more than 30 years, Jewish attitudes have hardly changed, rejecting the claim that they have become increasingly “anti-Arab.”

Mary Totry of the Oranim College of Education presented a different, if not downright contradictory, view. “How does one explain that 55% of the Arabs polled reported having personally encountered discrimination by Jews or state institutions? A democratic state is supposed to defend minority rights,” the Haifa-based researcher said.

“How does one explain that 63% of the Arabs fear the annexation of the triangle area to Palestine?” Totry asked, referring to the predominantly Arab Wadi Ara region, which Defense Minister Avigdor Liberman had proposed exchanging with the Palestinians in return for West Bank lands on which settlements have been constructed. Totry was quick to answer her own question: “These fears are directly linked to long years of discrimination and to recent events and pronouncements by Jewish public figures against the Arab population. It’s not because the Arabs are paranoid and need psychological therapy.” Totry believes the index findings should “set off alarm bells for all of us.”

Mohammad Darawshe, director of the Givat Haviva Center for a Shared Society, chose to focus on the light at the end of the tunnel. Darawshe has taken part in numerous co-existence initiatives over the years. In recent years, he has come to the conclusion that as long as the Israeli-Palestinian conflict continues to bleed, a “joint vision” cannot be formulated to bridge the position of the Jewish majority with that of the Arab minority. One demands of the other recognition of Israel as a Jewish state, while the other insists on Israel being a “state of all its people.” Against this backdrop, Darawshe, along with the Merchavim Institute, the Abraham Fund and other organizations, is leading an initiative he calls “islands of success,” which involves creating specific encounters and points of joint action.

The most important and successful “island” has been established in the school system. An exchange program of sorts for Jewish and Arab teachers currently involves 742 Arabs teaching in Jewish schools and 104 Jews teaching in Arab schools. For 68% of the Jewish school children in the program, it is their first acquaintance with an Arab other than fleeting encounters with a laborer or service provider at a gas station or supermarket. More than 90% of the students participating in the program have shown a positive change in attitude toward the other side. Darawshe dubs the program a “discrimination relief pill.”

Another island is forming amid the Arab middle class, especially in the fields of health care and medicine. More than one-third of Israeli dentists are Arabs, as are more than half of Israel’s pharmacists. The number of Arab high-tech workers is on an upward trajectory, along with the contribution of Israeli Arabs to the gross national product, which according to Darawshe has increased 40% since 2006. Darawshe recounted that until his daughter joined a high-tech firm, none of its 11 Jewish staff members had visited an Arab village. Since then, four have paid visits to hers. “That forces them out of their comfort zone,” he said.

The third island is in the public sector. The Or Commission, appointed to investigate the October 2000 rioting in which 13 Israeli Arabs were killed in clashes with police, was critical of the low rate of Arabs among state employees, only 1.7%. Since then, the figure has increased more than five times.

An additional island is emerging in academia, where institutes of higher learning have begun adding Christmas and Eid al-Adha to their calendars and granting Muslim students special dispensations over the monthlong Ramadan fast. The dean of the Hebrew University’s prestigious law school, Michael Karayanni, is a native of the Arab village of Kafr Yasif.

The fifth island — the contribution of Israeli Arabs to the tourism, industry and commerce sectors — has yet to emerge. Most Arab towns and villages are stuck within narrow jurisdictions allotted to them by the state and must wait years for zoning and planning permits so that they can build industrial parks and culture centers. “But the state’s greatest failure in ties between Jews and Arabs,” Darawshe told Al-Monitor, “is in the political arena, in legislative initiatives designed to ‘Judaize’ the state and the incitement and delegitimization of the Arab minority by the country’s leadership.”

All that remains is to wait for the version of the Arabs “coming out in droves” in 2018 if early elections are called and to update damage control.