Why more Israeli-Arabs go to university 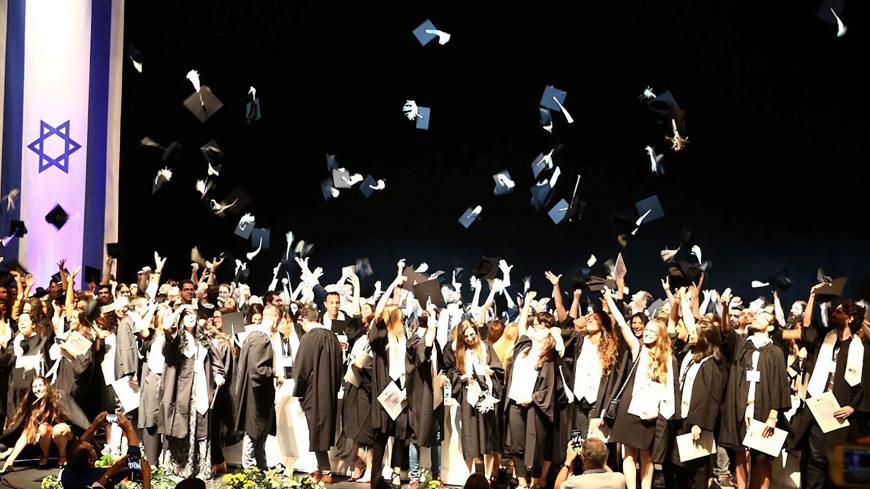 Afif Abu Much wrote in Al-Monitor on Oct. 24 that the Arab public has succeeded in forcing its will on the leadership of the Joint List — the predominantly Arab unified list — by introducing a new discourse on the issue of inclusion, which barely existed over the last few years. This reflects a desire among the Arab population to integrate into Israeli society and become part of the circle of decision-makers in the country. One of the reasons for this shift is the growing influence of the younger generation, which draws on the higher education it is receiving. According to figures provided by the Council for Higher Education in Israel, the number of Arab students in higher education more than doubled over the last decade, growing from over 22,000 in 2008 to over 48,000 in 2018. Arab students now studying toward an undergraduate degree make up about 17% of the entire student body in Israel and are just short of the percentage of Arab Israelis in the total population of Israel (21%). The same data shows that the number of students who work toward undergraduate and master's degrees is rising.

The Council for Higher Education in Israel has been promoting higher education among Israel’s Arab population through a number of means. One of the most important is the Ruad Program, which offers information, counseling and guidance to potential students, as well as help in preparing for the psychometric test and tours of the various schools. Similarly, hundreds of scholarships are granted to Arab students every year based on criteria such as socioeconomic background and high scores.

The aforementioned figures do not include another 10,000 Israeli-Arab students studying abroad, particularly in universities in the West Bank, Turkey and Europe.

Ayman Agbaria of Haifa University told Haaretz on Oct. 22 that while this growth is welcome, it does not necessarily indicate a sharp increase in the quality of education in the Arab society. He says an assessment based on parameters such as quality of research and integration into key positions in academia would show a different picture. One of the factors on which Agbaria bases his conclusions is the number of Arab doctoral students, who make up 6.7% of all doctoral students in Israel. Nevertheless, there is also a sharp increase from 2008 when just 3.5% of doctoral students were Arabs, he said.

But the dropout rate has been declining too, not least because the Ministry of Education and the universities themselves have been investing in programs to assist these students during their first two years in school, mainly in overcoming language difficulties and disparities in the quality of education that exist between Jewish and Arab high schools. These disparities are evident in the percentage of Arab students who passed their matriculation examinations.

While the number has grown in the past decade (from 45% a decade ago to 64% now), it has also grown among the Jewish population, where it now stands at 80%. In other words, the gap between the two sectors has barely declined over the years.

Nevertheless, the data does show impressive growth in the number of Arab university students. This is the result of a government policy to encourage such growth. In 2012, the government decided to invest about 1 billion shekels ($280 million) over five years in programs to improve academic education among the Arab public. Resolution 922 — a five-year plan for the Arab society that was approved by the government in 2015 — added large sums for this purpose too.

On the face of things, this seems to be a paradox. Based on statements made by Cabinet members over the past few years, it would seem as if these right-wing governments that were in power over the last decade didn’t really take the concerns of Arab society into account. In some ways, they even acted against Israeli-Arab citizens with legislation such as the Nationality and "Loyalty in Culture" laws. In practice, however, these governments invested more in Israeli-Arab society than all previous governments. This is certainly reflected in tangible economic and educational changes benefiting the Arab population.

Ron Gerlitz is a former executive director of Sikkuy, which advocates for full equality and partnership between Arabs and Jews in Israel. In an interview with Haaretz on Oct. 24, he said that Prime Minister Benjamin Netanyahu may have been acting in the economic interest of the country at large by aiding a weaker sector, which otherwise places a burden on economic growth. He said there is another theory “held by some people” that Netanyahu wanted to counterbalance the negative impact of his incitement against the Arab population “so that things don’t spin out of control.”

A senior official in the Finance Ministry who is involved in five-year plans and budgets for the Arab society told Al-Monitor on condition of anonymity that the reasoning was entirely economic. In other words, the very same Netanyahu who said that “Arabs are heading to the polls in droves” in the 2015 election, and the same Netanyahu who is constantly warning of political collaboration between the Blue and White party and the Joint List, is doing exactly what a prime minister should — in practice if not in words.

“If you take the Arabs and the ultra-Orthodox out of any index measuring inequality, the situation [in Israel] happens to be excellent,” the official said in a 2012 interview. What this really means is that Netanyahu is well aware that if he wants to present positive growth rates to international agencies involved in economic rankings, as well as to OECD investigators, he must take steps to improve the state of affairs in the Arab society. In that sense, he is doing the right thing by offering enormous financial assistance to that sector, including grants of unprecedented sums. Academization is a part of that same process.

There are practical reasons for this on a micro level too. For example, according to figures provided by the group Tsofen, which promotes Arab participation in high tech, the number of Arab students studying computer sciences has risen by 50% in just five years. In the last decade alone, the number of Arabs working in high tech grew by a factor of 18, so that 5% of all people employed in advanced technology are Arabs with one-quarter of them women. The current assessment is that Arabs will make up 10% of Israel’s high-tech workforce by 2020.

The Joint List wants to push this process ahead by establishing the country’s first Arab university. In fact, this is one of the demands it made if it was to support a future coalition led by Benny Gantz of the Blue and White party. Such a university would teach in the native language of Israel’s Arab population and allow large parts of the Arab population, including women, to obtain an advanced education of the highest quality.

Yaser Awad of Sakhnin College told Al-Monitor that many Arab women will not even consider an academic education because of obstacles like the psychometric exam, which is not adapted to their culture, and the fact that studies in Israeli universities take place in Hebrew, making it difficult for them to complete their assignments. Furthermore, Arab culture does not fully accord with the predominantly Western cultural values of Israeli universities, making it difficult for traditional and conservative Arab families to send their daughters to study there. These families worry that attending Israeli universities will cause these young women to abandon their cultural norms. A possible solution to this issue could be duplicating models of institutions that were created in the Jewish religious and Ultra-Orthodox sector, such as the prestigious Lev Jerusalem College of Technology for men. Over the years, this higher education institution also opened a campus for women.

What all these figures show is that change is well on the way, and a process of academization is trickling down to even the more conservative communities in the Arab society. This is the kind of change that led to a turnabout among Arab politicians, who now focus more on their public’s internal problems.