Baghdad's parliament cut Kurdistan's budget this week, adding fuel to the fire regarding their disputes. 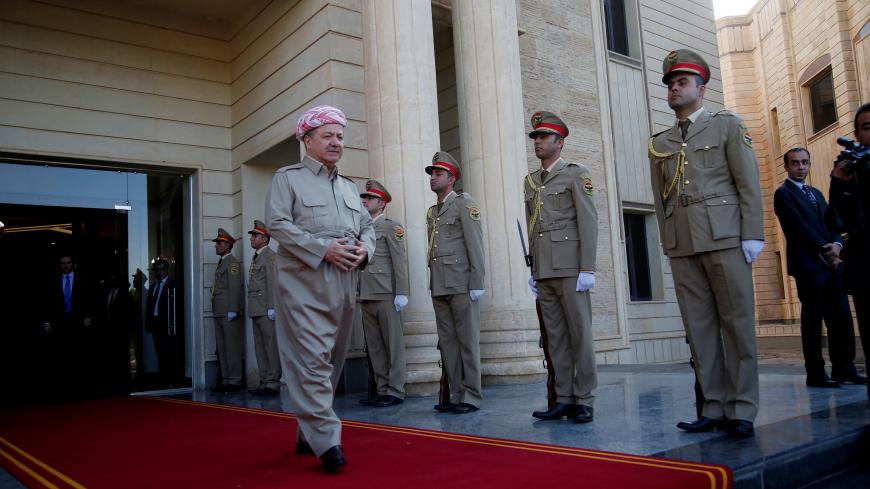 BAGHDAD — On March 4, the Iraqi parliament completely disregarded the principle of consensus in place since 2003 and approved the general budget law by majority amid a Kurdish boycott and Shiite and Sunni objections to some sections.

The budget, which was supposed to be approved before the end of last year, cuts the Kurdistan Regional Government (KRG) share to 12.5% from 17%.

In addition, the budget did not include allocations to the Iraqi Kurdistan peshmerga or Iraq's Popular Mobilization Units (PMU), which some critics said was unfair since those groups had helped defeat the Islamic State.

The Kurdish blocs plan to meet with Iraqi President Fuad Masum to discuss how the budget has worsened the situation between the Baghdad government and the KRG in Erbil. The situation reached the crisis stage after the Kurds overwhelmingly approved an independence referendum in September 2017 and Baghdad responded militarily. Despite their different points of view, Masum is working with the KRG parliament to find a unified stance.

Ahmed Hama, a parliament member with the Kurdistan Alliance electoral coalition, told Al-Monitor, “These negotiations will carry on until the situation is rectified," adding, “We weren't the only ones to object. Other parties dismissed different paragraphs. There are legal ways to amend the budget.”

Meanwhile, Rezan Delir, a parliament member for the Patriotic Union of Kurdistan, said in a TV interview March 6 that she believes Kurds will withdraw from the political process until their demands are met.

According to Mohsen Saadoun, a Kurdish Alliance member of parliament's Legal Committee, the Kurdish parties are counting on Masum to veto the budget, or they will have to challenge the law before the Federal Supreme Court.

“The budget law had certain constitutional violations, namely sending the KRG’s budget to the four provinces of Kurdistan separately, instead of directly to the KRG government," Saadoun said. “Reducing the KRG’s share was not based on any legal text or official census that can be relied on to determine population ratios.”

However, Legal Committee member Bader al-Morshedi told Badr newspaper March 4 that the Kurdish blocs' appeal would have "no legal grounds that could help fulfill their demands, especially [regaining] the 17% share, which was initially granted to them by virtue of a political consensus."

"The law is above any and every political consensus or agreement," he added. “The president cannot veto the budget, and his ratification is only a formality. Even if he were to refrain from ratifying it, the budget becomes valid after the expiration of the period specified for ratification."

To reduce or modify the budget, the government would have to propose another law to the parliament. Only then could Kurds negotiate again to amend the law or reach other solutions, such as the prime minister cutting expenditures to address the KRG budget deficit, which would only worsen the Baghdad-Erbil crisis.

On March 6, Masum called for action after meeting with Jan Kubis, the UN's representative in Iraq. Masum said, “The central and KRG governments desperately need to hold an urgent meeting to discuss the budget.”

The Baghdad-Erbil crisis is being aggravated by the closing of airports and border crossings, which the federal government wants to control. Baghdad also wants the income from all the oil extracted from the Kurdish provinces. However, as general elections scheduled for May approach, the budget becomes more and more of a bargaining chip or part of the political agreements that will follow the election.

As for the PMU allocations, Prime Minister Haider al-Abadi issued an order March 8 that PMU members and Iraqi soldiers be paid equal salaries, in a bid to calm the PMU factions along with the political parties that threatened to organize public protests.

Meanwhile, Sheikh Qais al-Khazali, the head of the PMU-affiliated, Iran-backed Shiite paramilitary group Asaib Ahl al-Haq, tweeted, “The fact that PMU fighters are still treated as contractors and not as equals to security service officers, despite all the sacrifices they have made and regardless of all the religious authorities’ recommendations, is a real betrayal in every sense of the word.”

Iraq’s general budget for 2018 is about $88 billion, with 3.8 million barrels of oil expected to be exported per day at $46 a barrel. The KRG provides 250,000 barrels of crude oil per day delivered to the national oil company Sumo, while the expected KRG deficit is about $10 billion.

Other parts of Iraq's budget include the suspension of appointments in the parliament, the presidency, the Cabinet’s general secretariat, the prime minister's office and affiliated departments. In addition, the budget includes increasing the sales tax on mobile phone and internet services by 20% and crediting the revenues to the public treasury.