By cutting the Kurdistan region’s share of the national budget for 2018, the Iraqi central government continues to implement punitive measures in response to the Kurdish independence referendum. 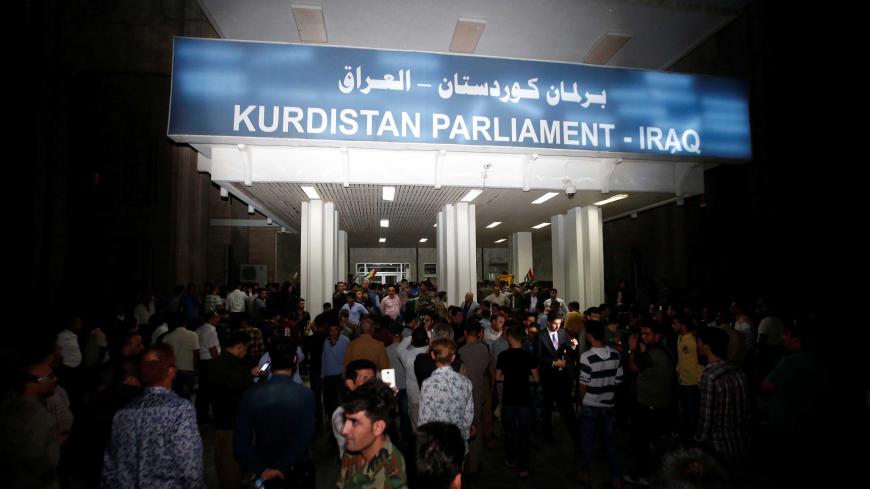 Baghdad — The first draft of Iraq’s federal budget for 2018, approved by the government at the start of the month, envisions slashing the Kurdish region’s share from 17% to 12.7% of the total.

The cut is one of several “punitive” constitutional measures that followed the Sept. 25 Kurdish referendum on independence. Those measures also saw Baghdad seize control of disputed areas, border crossings and air bases, and demand that the Kurdistan Regional Government (KRG) transfer taxes and other public revenues to the central government.

This is the first time that the KRG’s share of the budget has been subject to review since 2005, when the government of then interim Prime Minister Ayad Allawi allocated 17% to the Kurdish region, despite the fact there has not been an official census in Iraq since 1997.

“There have been no negotiations so far with Baghdad on the budget or other pending issues, despite the KRG’s desire for talks,” said parliament member Najiba Najib of the Kurdistan Alliance. “The central government is still refusing to receive the Kurdish delegation.”

“Iraq still doesn’t currently have official statistics,” she added. “Even data from the Ministry of Trade is inaccurate. It’s not reasonable to believe that the population of the Kurdish region has stayed at just 5 million, as the United Nations said in 2003 when it recommended the KRG receive 13% of the national budget.”

She said the central government has felt “arrogant and powerful” since it regained control of Kirkuk.

“It is trying to exert its dominance and control over the entire [Kurdish] region and punish it through the budget, which it spent the last three years writing,” she said.

She criticized “decisions taken through a majority in the Iraqi parliament rather than the principle of reaching an agreement over issues concerning the Kurds,” adding that the problems would get worse if the draft budget is not re-examined.

The Kurdish regional parliament on Nov. 5 issued a statement urging the Iraqi Cabinet not to vote on the draft budget, as it had been “prepared unilaterally by the Iraqi Finance Ministry without the participation of the KRG, in violation of Law 95 of 2014 and Articles 105, 106 and 121 of the Iraqi Constitution, which guarantee the Kurdish region a fair role in federal institutions.”

Other political actors, such as the National Wisdom Movement led by Ammar al-Hakim, say the method of distributing the budget to Iraq’s various regions is unfair. They have backed the idea of distributing it to Iraqi Kurdistan provinces on the basis of “regular governorates in the region” rather than via the Kurdish government.

Haider al-Fawadi, a member of the movement, told Al-Monitor, “A 12% share is reasonable for the KRG, and it can be spent after the region hands over what it owes the federal government, including revenues from airports, taxes, border crossings and oil.”

“It's not reasonable to give 17% of the budget to the conclave that has just 5 million people without it handing over these resources to the federal government,” he added.

He said he feared “domestic and international pressures on the government to restart payments to Iraqi Kurdistan at the previous level,” but he added that “a majority in parliament will not allow any bill to pass that allocates more than 12% of the federal budget to the KRG.”

The leaking of a draft budget could increase pressure on the KRG to hand over its oil resources and border crossings in exchange for a bigger share of the budget or a return to 17%. But the issue will not be solved that easily. Prime Minister Haider al-Abadi has defended cutting the Kurds’ share of the budget and talked of “major corruption” in the KRG, as well as inaccurate statistics on the number of civil servants in local administrations. In other words, the job of auditing the regional government’s accounts and negotiating the handover of revenues to the federal government will be the key criteria in setting the KRG’s final share of the budget. Moreover, there are bigger and more complicated issues that could send the crisis in another direction, most notably the region’s vast debts to the central government and international oil companies.

Former Oil Minister Hussain al-Shahristani said at a press conference on Nov. 12 that “the KRG’s debts have now reached $51.4 billion, which has escalated the crisis in Iraq,” noting that the KRG had received some $18.5 billion through oil sales and customs revenues on top of its 17% share of the federal budget.

It appears that Baghdad has plenty of reasons to cut the KRG’s share of the budget. It also has the economic tools to exert major pressure in order to impose its dominance over the country’s wealth and revenues in their entirety, as well as annulling the Kurdish independence referendum, providing international powers do not interfere to influence the political parties that control the parliament and central government. 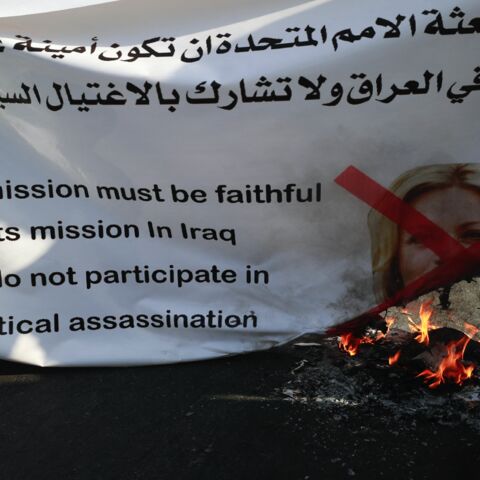