Why economic growth has not led to job creation in Iran

Low capital formation and productivity are holding back the Iranian economy. 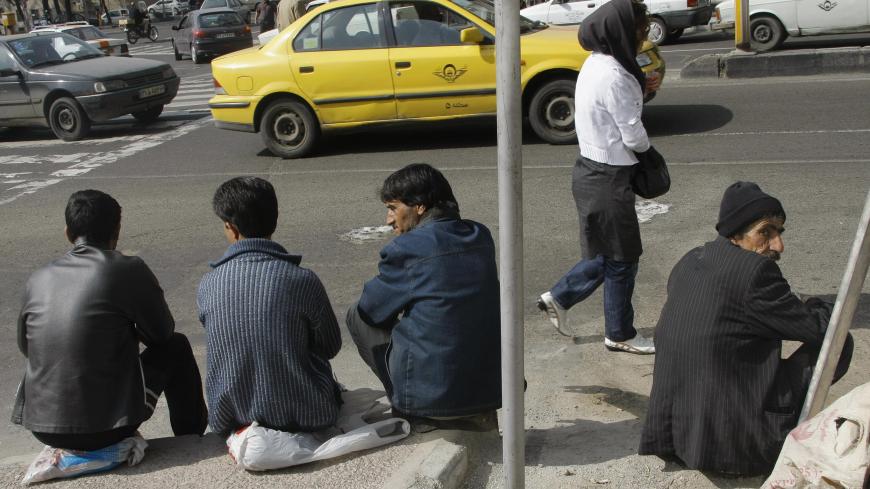 Last fall, the World Bank forecast that Iran’s economy will grow by merely 4% and 3.4% in 2018 and 2019, respectively. These rates are much lower than what the Islamic Republic is seeking in its sixth five-year development plan (2016-2021) and 20-Year Vision (2005-25). As such, it seems that Iran is set to fail in implementing its strategic plans to achieve economic growth of 8%, including schemes that were deemed vital to boost productivity and job creation in the country.

Economic growth achieved by capital-rich industries rather than human capital is incapable of lowering unemployment. Having said that, the statistics published by relevant agencies in Iran concerning job creation do not correspond with the officially announced economic growth. This backs the argument that spikes in economic output have barely been sustainable and have clearly been driven by petrodollars in the case of Iran.

It should be emphasized that only sustainable and continuous economic growth can lead to long-term job creation. In places like Iran, constant fluctuations have long hindered economic output. The country’s industrial sector has seen continuous closures of small and medium-sized businesses, impacting employment. Official data indicate that while the industrial sector’s growth stood at 18.1% around this time last year, it now stands at 4.4%. The current jump to some $70 per barrel aside, with oil prices ranging between $50-$60 and economic reforms thwarted by the nationwide protests in late December, the Hassan Rouhani administration does not stand any chance of improving the financial well-being of Iranian households. If current conditions continue to persist, economic growth is inclined to stay at around 3%, close to its long-term trend. Stuck in a potential lower growth trap, there is of course the possibility of mass protests again by underprivileged and jobless Iranians in the future.

An economic system delivers the output sought provided that the inward flow of investment is not interrupted. Productivity is also an important factor that shapes economic development, and it has been lacking in Iran. The fourth and fifth five-year development plans (2005-15) called for productivity increases to contribute 2.5% to annual economic growth. But in practice, the real share long stood at zero, only to turn negative in recent years. This indicates that economic growth has been mostly influenced by the exploitation of natural resources. In the meantime, productivity in the tradable sector — namely industry and agriculture — missed the opportunity to lift up the economy due to the abundance of oil revenues in the previous decade.

As argued earlier, the overall trend of economic growth has occasionally see-sawed in Iran. Even though presidents have wound up being in power for two consecutive terms, economic programs over the years have failed to achieve objectives. Nonholistic initiatives by various administrations have led most manufacturers to doubt the reliability of economic schemes by policymakers. Hence, business owners have frequently been ambivalent about the economy’s growth possibilities and accordingly reluctant to add to their production and assembly lines. Naturally, under such circumstances, manufacturing enterprises will not change the factors of production, such as labor and capital, in proportion to the rise in production. Rather, they will naturally be inclined to seek other ways around to compensate for the lack of the required labor force, for instance, by increasing working hours. Consequently, this translates into little change in the number of job seekers finding work. In other words, the major culprit behind widespread unemployment under consecutive Iranian governments is the lack of definitive and full-fledged growth strategies.

Another issue of particular significance is the average growth of net fixed-capital formation. The annual average for investments in physical capital stood at about 4% over 1989-2016. But since the imposition of widespread international sanctions over Iran’s nuclear program in 2011, the investment level has largely been in negative territory, contracting by over 20% in 2012. Six years later, five of which were under the Rouhani administration, capital formation remains anemic, with growth hovering around zero at the end of the Iranian year that ended March 20. Studies indicate that historically, the growth of net capital stock is the main determinant of economic growth in Iran, accounting for most of the change in gross domestic product (GDP). As such, it is widely expected that Iran’s GDP will continue to fail to grow as projected in coming years.

To exit the low economic growth trap, Iran must implement a combination of financial, currency and monetary reforms. These policies should be consciously and purposefully determined and meticulously implemented. First, instead of employing foreign exchange policies designed to control inflation, the Central Bank of Iran should make use of this tool to adjust the country’s trade balance. Second, monetary policies should be utilized to control inflation rather than being channeled to create jobs. Third, there should be proper and effective coordination of the enforcement of adopted policies while they are being implemented. Should reforms be well-devised, the measures can act as buffers balancing each other at times of crises. However, in the absence of reforms, the Iranian economy is decidedly poised to maintain low growth while paving the way for a far worse jobs crisis.