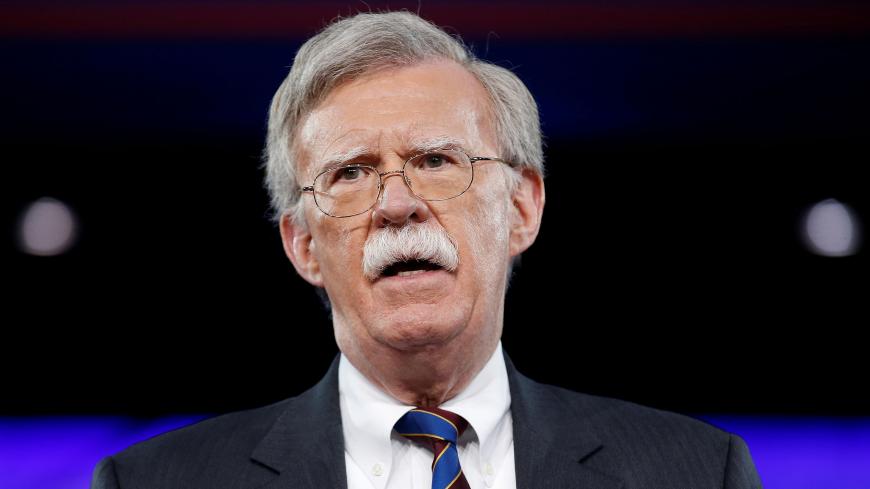 The appointment of John Bolton as President Donald Trump’s national security adviser has stirred many reactions in Tehran, not only because of the former UN ambassador’s hawkish policies on the Middle East, but also his links to an Iranian opposition group responsible for thousands of deaths.

Ali Shamkhani, the secretary of Iran’s Supreme National Security Council, said March 25, “It is a matter of shame for a country that is apparently a superpower that a national intelligence official took money from a terrorist cult that has a history of murdering 17,000 civilians.” Shamkhani’s reference is to the Mujahedeen-e-Khalq organization, more commonly known as the MEK, which waged a bloody campaign against the Islamic Republic shortly after the 1979 Islamic Revolution. Another notorious act in the group's history was to side with Iraqi President Saddam Hussein in the Iran-Iraq War.

Bolton has been a MEK supporter. A video from eight months ago shows him telling a crowd of MEK supporters in Paris that “before 2019,” they will be celebrating in Tehran. The MEK, which was on the State Department’s terrorist list until being removed by Secretary of State Hillary Clinton under the Barack Obama administration, often pays speaking fees to former American officials to attend their rallies. With little domestic support, they have cultivated media savvy allies in the United States and Europe who share their aggressive positions against Tehran.

“Before Bolton’s appointment, US Secretary of State [Rex Tillerson] was replaced,” Hosseini said. “Tillerson, as someone who supported the nuclear deal, was removed and someone has come [on board] who is opposed to the nuclear deal. This appointment shows that Trump has the goal of regime change for Iran and that Americans have a hostile posture toward Iran.” Hosseini also added that the United States, in pursuit of its goal of overthrowing the Islamic Republic, will use the MEK, which Iranian officials often refer to as “the hypocrites,” a religiously charged epithet in Iran.

Alaeddin Boroujerdi, the head of the National Security and Foreign Policy Commission, said that in line with Israeli and Saudi policies, the United States will increase pressure on Iran and that Tehran must therefore look to strengthen ties with Russia and China.

“Russia and China are two important and influential permanent members of the UN Security Council, and strengthening these ties will neutralize or lessen American pressure [on Iran],” Boroujerdi said. He added that a decision to push the country’s foreign policy toward being more Eastern than Western oriented would be made by the Supreme National Security Council, not necessarily the Foreign Ministry.

Iranian media was also rife with speculation as to what Bolton’s appointment means domestically. With newspapers closed for the New Year holidays, many websites republished posts from Twitter and Telegram. Much of the commentary suggested that there will be a renewed emphasis on pushing Iran back on both its nuclear and missiles programs.