A Gaza family’s discovery of the remains of a Roman cemetery in their backyard spurred a major conflict between the family and the authorities. 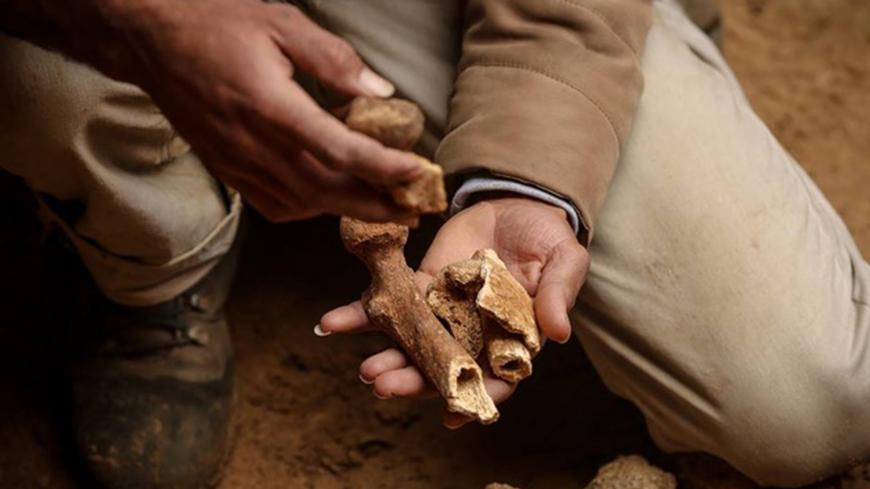 A member of the Kafarina family examines some of the bones that were revealed when a cavity opened up in their backyard, Beit Hanoun, Gaza Strip. - Al-Monitor/Nidal Whidi 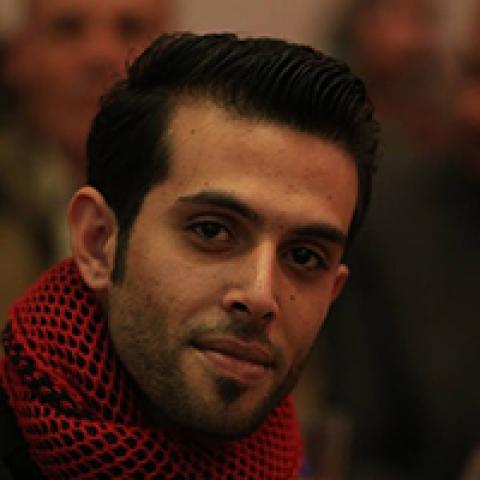 On the cold, rainy night of Jan. 25, the Kafarina family unearthed an archaeological site that sparked a major controversy between the family and the authorities that remains unresolved.

The family of 20, including 14 children, live in the town of Beit Hanoun in the northern Gaza Strip, a few kilometers from the border separating Gaza and Israel. One of the grandchildren, Abdelkarem al-Kafarina, noticed as the rain kept falling that a small cavity appeared in their backyard.

Kafarina, 24, went out into the rain to check the cavity, curious if this would reveal an archaeological site, which regularly happens in the area, or a smuggling tunnel, which may have crumbled under the heavy rain.

Using simple tools, he started digging around the cavity and once he reached a depth of about 1 meter (3.3 feet), he found a 60-centimeter (2-feet) limestone that appeared to be covering an underground cellar. As soon as he removed it, a foul smell emanated from under the cover.

He described the stench to Al-Monitor as one of the foulest he had ever smelled; it did not go away for several hours after the cover was removed. Once he and his relatives and neighbors resumed digging, he noticed human bones.

What was revealed, after hours of digging, was what looked like an archaeological site filled with human bones, lanterns, glass artifacts, pottery and copper tools. As soon as he entered the site, he found bones inside nine small spaces arranged around a circular area. Kafarina said he found several skulls and bones that had belonged to more than one person in each space.

While the family waited for four days before the local office of the Ministry of Tourism and Antiquities sent a team, several archaeological experts visited the site on their own initiative and said that it may have been part of a large cemetery dating to the Roman era.

According to the ministry, given the number of bones found under each stone, it is likely that each of the nine graves contain remains of several people. Upon examining the site with a team of specialists on Jan. 28, the director-general of antiquities at the ministry, Jamal Abu Rida, said that the cemetery dates back more than 2,000 years.

Archaeologist Jamal al-Atal told Al-Monitor that the cemetery is likely to be Roman and that, given the geology of the terrain, it could actually be a lot larger than what was discovered by Kafarina.

Abu Rida said that further excavations and studies are needed, but that the government in Gaza lacks the funds and interest in covering the hefty costs of such a process.

A week after discovering the cemetery, an engineer at the Beit Hanoun municipality, Suhail Ahmad al-Kafarina, a relative of the family, told Al-Monitor that the soil has undergone some changes due to the minor cave-ins since its discovery. He confirmed that an expert team has not been sent to preserve the site, and that the site would be damaged under wet weather conditions if action was not taken.

According to Abu Rida, the ministry has not assigned guards to the site because of the family's unwillingness to cooperate. He also blamed the centralized government for ignoring archaeological sites and not taking timely measures to prevent them from being looted.

Meanwhile, Kafarina insists that the ministry wanted to take the artifacts discovered at the site. “The ministry’s delegation — which included Abu Rida — arrived at the site and threatened to take the artifacts found there. I proposed to Abu Rida that we hand over the pieces found in the cemetery in the presence of the head of the Beit Hanoun municipality. But he refused and insisted on taking them right away,” he said. Abu Rida denies this claim.

According to Abu Rida, since the property housing the site is private, the government cannot properly protect it. The ministry has offered the family compensation whereby they would receive property of the same size in return for the land that would be acquired by the ministry, in compliance with the right of substitution.

The Ministry of Tourism and Antiquities has asked Kafarina to hand over all artifacts found at the site, but to no avail. The ministry collects all historical artifacts from around the Gaza Strip in order to house them in the Qasr al-Basha Museum. However, the ministry claims that it could not acquire anything from the cemetery as it had already been looted — either by the family or their relatives who were at the site before the ministry officials arrived.

Abu Rida said that if the family does not hand over the artifacts and allow the excavation of the site, he will pursue them through legal means. But court cases usually take a long time and often turn into a dispute between the residents and the authorities.

The ministry’s history of caring for artifacts and historical heritage remains unsettling, especially because a couple of months ago, an important archaeological site called Tell El Sakan was about to be demolished by the government. If it had not been for the wave of activism on social media calling for the protection of the site, Tell El Sakan would have probably been destroyed by now. 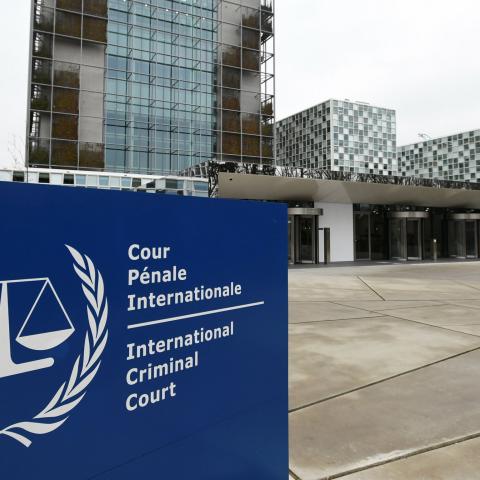