In an effort to attract tourists, Sharm el-Sheikh turns to international film and theater festivals, but the jury is still out on whether these will positively impact the local economy. 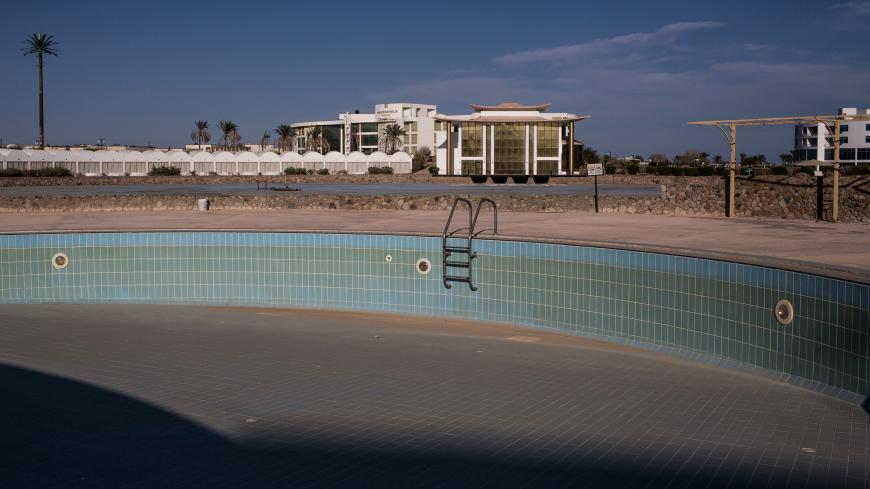 CAIRO — Sharm el-Sheikh, once known as the crown jewel of Egypt’s tourism sector, has become, in the last few years, a hopeless case where all tourism campaigns seem to fail.

The most recent of such flops are the efforts of the Ministry of Culture and Ministry of Tourism to attract tourists to Sharm el-Sheikh through festivals, such as the Sharm el-Sheikh Film Festival (SHAFF), whose second edition took place March 3-9, and the Sharm el-Sheikh International Theater Festival for Youth, planned for April 1-9. But with the film festival concluded in early March and the youth theater festival about to start, it looks unlikely that either will give the kiss of life to the once-popular city on the Red Sea.

Only five years ago, the city of Sharm el-Sheikh was the most prominent destination for tourists in Egypt. But tourism revenue took a nosedive following the Russian plane crash in the Sinai Peninsula in October 2015. Russia and other countries banned their airlines and tourists from traveling to Sharm el-Sheikh. A statement by Russia said that an act of terrorism had caused the plane crash. Egypt’s tourism-generated revenue was estimated at $6.1 billion in 2015, compared to $7.5 billion in 2014. Revenue continued to decrease in 2016, to $3.4 billion.

This year, the Ministry of Tourism has put special efforts in SHAFF, to ensure large media coverage and a star-studded attendance from Egyptian and international actors.

Rasha al-Azaizy, the spokeswoman for the Ministry of Tourism, told Al-Monitor that a number of meetings between tourism ministry officials at and the festival team at the Ministry of Culture were organized to coordinate efforts to boost local tourism. Azaizy said that the Ministry of Tourism managed to attract to the city more than 400 guests, including Egyptian and foreign film stars and media figures. She noted that the ministry worked hard to use its presence to promote tourism in Sharm el-Sheikh.

Wadid Shokri, the executive director of SHAFF, told Al-Monitor that festival guests who included actors and journalists took part in tours organized in collaboration with the Ministry of Tourism, local hotels and Egyptian tourism and transportation companies. “The tours featured the most prominent landmarks in Sharm el-Sheikh,” Shokri said. “We aimed to make sure that the guests — through their experience in Sharm el-Sheikh — [would become] ambassadors promoting tourism in Egypt. I think the service was excellent.”

Tarek al-Shenawi, a film critic and professor at the International Academy of Media Sciences, disagrees with Azaizy and Shokri on the festival's tourism-boosting potential. “Organizing festivals achieves two goals for any country,” he told Al-Monitor. “First, it showcases a state’s capacities to organize and host major global festivals and events, which would encourage foreigners to visit Egypt when there is a festival, such as in Dubai. Second, it helps promote major national landmarks through pictures and interviews of the stars taken during their visit.”

Shenawi said the Sharm el-Sheikh film festival has fallen short of its goals, compared to other Egyptian festivals. “The festival didn’t demonstrate exceptional organizational skills,” Shenawi said. “The first mistake was to hold it at the same time as the Oscars, which is why notable American stars could not attend it. Foreign media outlets were too busy covering the Oscars and ignored the festival in Sharm el-Sheikh. As notable stars were absent from Sharm el-Sheikh, people [did not] pay attention to less famous actors there. Their interviews and pictures [were not widely covered] no matter how positively they talked about the city.”

The organizing committee chose “I, Tonya” as the festival's opening film — a film that was nominated for three Oscars. The film's main actors and the team were not present in Sharm el-Sheikh.

Bakinam Qatamesh, critic and editor-in-chief at the art-oriented Al Kawakeb Magazine, had a more favorable outlook of the festival. He told Al-Monitor, “The main role the festival plays is sending a message of reassurance to the world about the situation in Sharm el-Sheikh.” Qatamesh said that the youth theater festival will further assert this message, provided "it demonstrates a similar level of competence to that of the film festival" — especially as it is “a youth-oriented festival, which in many countries brings in tourism revenue [with the youth traveling in their own country].”

Hani al-Sharbini, an independent tourism expert and entrepreneur, shares this view. He told Al-Monitor, “While the festival wasn’t the best from an artistic standpoint, it asserted that things are stable in Egypt and Sharm el-Sheikh, particularly at a time when the tourism sector in Sharm el-Sheikh has taken a hit due to the security concerns in the country.” He added that some of these concerns still exist, as Russia and the United Kingdom continue their ban on their national airlines flying to Sharm el-Sheikh and warn their nationals against traveling to the country.