US support for Kurds in Iraq, Syria unaffected by tensions with Turkey

The Pentagon is standing by Kurdish fighters in Iraq and Syria despite growing political pressure to back off, according to a government audit. 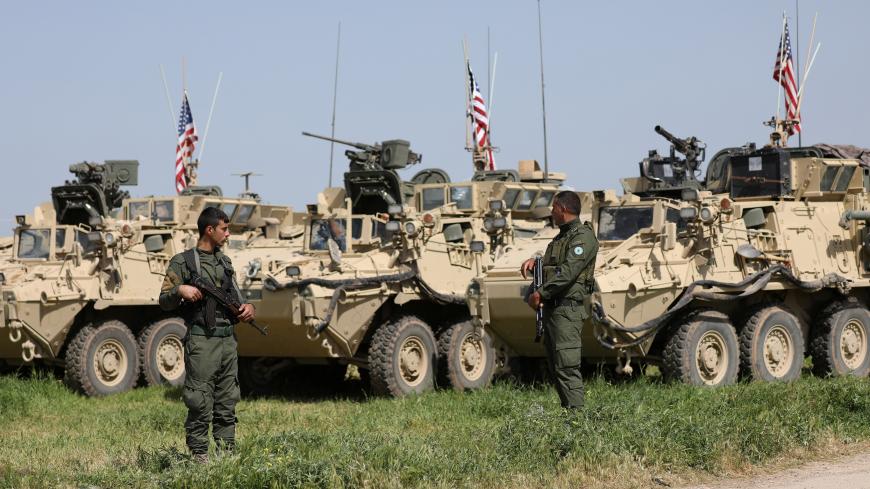 The Pentagon is continuing to support Kurdish forces in Iraq and Syria, a government audit revealed this week, even as the fight against the Islamic State (IS) winds down and the United States faces growing pressure from allies and foes alike to back down.

The latest quarterly Lead Inspector General (IG) report for the US-led mission in Iraq and Syria confirms that the Donald Trump administration continues to supply weapons and equipment to the Kurdish People’s Protection Units (YPG), part of the Syrian Democratic Forces (SDF). The Defense Department considers the YPG to be the most capable in-country US partner for the mission, but NATO ally Turkey views YPG fighters as terrorists.

For the fiscal year that started Oct. 1, the Pentagon asked for $500 million to supply Syrian forces, including YPG-led units, with vehicles, mortars, anti-tank missiles and machine guns, up from $430 million requested in fiscal 2017. Deliveries began in May 2017, prompting the ire of Turkish President Recep Tayyip Erdogan.

The IG report indicates that US support has kept up, despite pledges from US officials to draw down support amid increasing friction with both the Turks and Bashar al-Assad’s regime. A large battle outside SDF headquarters this week led to the deaths of more than 100 pro-Assad fighters who fired dozens of tank rounds at the Deir ez-Zor province compound, prompting the US-backed force to respond in self-defense, according to the Pentagon.

“SDF said that there had been no change in their relationship with the United States and that changes to weapons deliveries were a consequence of their victories against [the Islamic State],” said the report, prepared for Congress by inspectors general from the Pentagon, State Department and the US Agency for International Development. “Syrian Kurdish officials reiterated their interest in having American engagement in Syria continue, and warned that a reduction in US support could allow [IS] to regain strength.”

Yet as YPG and other fighters have strayed away from the US-backed mission against IS, the Pentagon has cautioned that it will cut off support for units that leave the front lines. More and more Kurdish fighters and their allies have been heading toward Afrin, a Kurdish-held area that has been under attack from the Turkish military since Jan. 20. Last weekend, the 2,000-member Syriac Military Council, a Christian group, opted to leave the SDF to join the fight in Afrin.

“Any forces that decide to move to Afrin will not receive continued coalition support,” a spokesman told Al-Monitor.

The mounting tensions come as the Defense Department says it has trained 12,500 vetted Syrian opposition fighters since the beginning of the anti-IS campaign in 2015, including 11,000 members of the SDF.

“Wherever possible, our advisers monitor the use of the weapons and supplies we give the Kurdish elements of the SDF, ensuring use only against [IS],” Pentagon spokesman Eric Pahon told Al-Monitor. “Any alleged misuse or diversion of US support is taken seriously and may lead to the possible curtailment of support, if verified.”

Meanwhile, the Pentagon trained nearly 2,000 more Iraqi Kurdish peshmerga forces over the past three months even as stipends to Kurdish Regional Guard Brigades ended after a yearlong agreement to fund the fighters expired in July. The Pentagon has requested $365 million this fiscal year to pay for the Kurdish force if a new deal can be ironed out.

In late October, Iraqi Prime Minister Haider al-Abadi said Baghdad would soon begin paying peshmerga salaries. But Abadi has still not delivered on that promise, the IG report said, as Iraqi security forces moved into disputed areas after the Kurds voted for independence in September.

Most peshmerga forces withdrew to protect their semi-autonomous territory in northeastern Iraq after Baghdad kicked them out with the help of Iranian-backed militias. Some units, however, stayed behind to fight IS, which now has fewer than 1,000 adherents fighting for small pockets of territory, including Tuz Khormato near the oil-rich city of Kirkuk.