The Pentagon’s fiscal year 2019 budget doesn’t specifically dedicate payments for Iraq’s Kurdish fighting force after it stepped back from the front lines of the fight against the Islamic State. 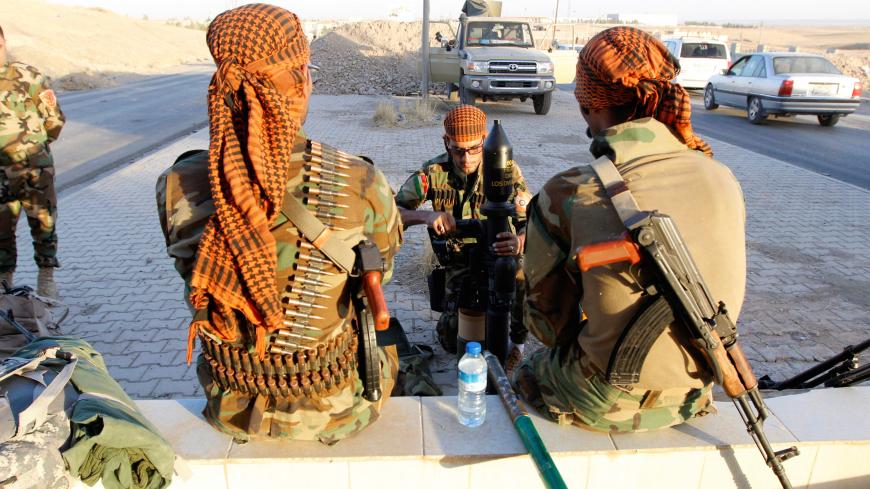 The Trump administration’s budget proposal for next fiscal year no longer carves out dedicated payments for peshmerga salaries even as the Pentagon aims to continue training the Kurdish force.

The Department of Defense had requested $365 million in stipends for the year that ends Sept. 30 but did not spend the money after negotiations to extend an expiring memorandum of understanding broke down in September. Iraqi Prime Minister Haider al-Abadi had reportedly agreed to pay the peshmerga wages in October, but a US Inspector General report released earlier this month said the Kurdish fighters still hadn’t been paid.

“Those documents do not specifically refer to training/stipends for the peshmerga,” Pentagon spokesman Eric Pahon told Al-Monitor in an email today. Lawmakers have yet to weigh in on the $716 billion Pentagon request for fiscal year 2019.

Instead, President Donald Trump’s budget request for the year starting Oct. 1 seeks $850 million to train and equip Iraqi troops with a focus on bolstering the Iraqi Security Forces with Ranger brigades. As part of that amount, the peshmerga force of about 150,000 could still be eligible for up to $290 million in so-called operational sustainment funds aimed at preventing the Iraqi government from becoming more reliant on Iran and Russia, according to budget language.

The shift in focus by the United States comes as the Iraqi Kurds have been marginalized by Baghdad following the Kurdistan Regional Government’s (KRG) controversial independence vote in September. As a result, US and peshmerga officials are at odds over how much assistance is actually getting through to Erbil since Baghdad has to sign off on any weapons shipments to the Kurdish troops.

“Right now, the Iraqis are stopping a lot of stuff,” said Michael Knights, a researcher at the Washington Institute for Near East Policy.

Though the Pentagon acknowledges that the peshmerga proved helpful to the US-backed coalition until the beginning of the Mosul fight in 2016, the Kurdish force has faced difficulties in assimilating US equipment, experts say, in part because the peshmerga relies on its own training structures and tactical formations. The US-led coalition said in December that 5,200 American advisers in Iraq had stopped advising the peshmerga as the Pentagon appears set to draw down its presence.

Over the past year, the United States also sold the Iraqi government nearly $300 million worth of military equipment to outfit two infantry brigades with M-16 rifles, .50 caliber machine guns, up-armored Humvees and mine-resistant vehicles. That was cut down from an initial effort to outfit four peshmerga brigades — each typically between 4,000 to 8,000 troops — including a border unit.

“Peshmerga brigades didn’t fit a US brigade set,” Knights told Al-Monitor. “A lot of the German equipment went everywhere. Gucci German assault rifles got given to commanders and bodyguards.”

The US-led force has trained 26,000 peshmerga over the course of the anti-IS mission that began in 2014. Even though the funding stream appears to be in a winnowing process, the United States and the KRG remain engaged in high-level dialogues, with the peshmerga still playing an important role as the Pentagon aims to curb the influence of Iran-backed Shiite militias that are enmeshed in the Iraqi Security Forces.

In meetings in Washington in November, the head of the KRG’s Department of Foreign Relations called for the United States to do more to encourage talks with Baghdad and keep tenuous supply lines open on the border, including the Fish Khabur crossing, a critical lifeline for the 2,000 US troops serving in Syria. Peshmerga forces, Falah Mustafa told Al-Monitor in a November interview, are already integrated with the Iraqi border force and taking directions from Baghdad.