A group within Turkey’s main opposition party has launched a movement to better challenge the Justice and Development Party ahead of crucial elections in 2019. 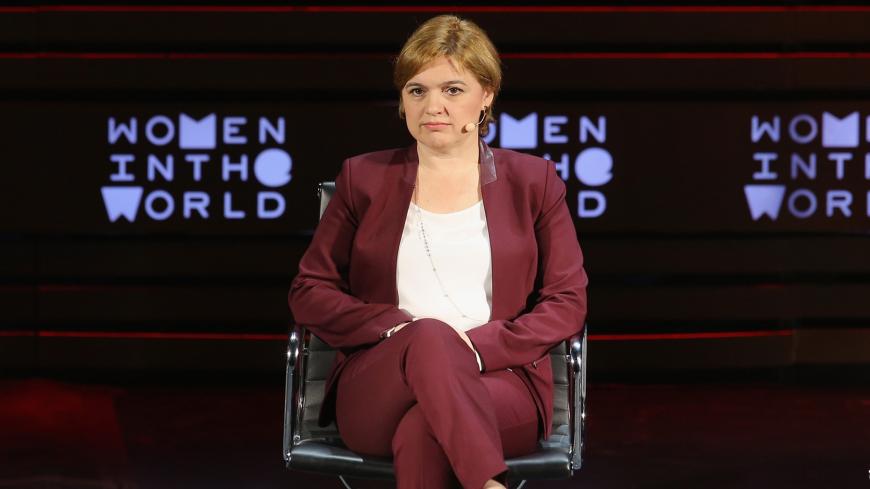 A crucial election cycle awaits Turkey in 2019. Barring the ruling Justice and Development Party (AKP) calling early elections, voters will go to the polls for municipal elections in March 2019 and for presidential and parliamentary elections in November that same year. The presidential polls will mark the formal transition to the presidential system narrowly approved in a 2017 referendum. With President Recep Tayyip Erdogan the leading contender for the powerful position, the state of Turkey’s opposition remains a major concern for those who view the polls as the last chance to stop Erdogan.

With Turkey under emergency rule since the July 2016 coup attempt, the main opposition Republican People’s Party (CHP) has failed to provide much hope to government opponents amid a ferocious crackdown on opposition groups and the media. CHP leader Kemal Kilicdaroglu is under fire from both his own base and the country’s secular and leftist quarters over what many see as toothless leadership and bad decisions at critical moments.

In May 2016, for instance, Kilicdaroglu lent support, though reluctantly, to an AKP proposal to strip parliament members of their judicial immunity, a process that resulted in the incarceration of Kurdish deputies and ultimately to the imprisonment of one of his own lawmakers, Enis Berberoglu. Similarly, shortly after the coup attempt, Kilicdaroglu came under fire for attending Erdogan’s big rally in Istanbul in the name of “national unity,” despite signs that Erdogan would use the state of emergency to strengthen his grip on power and suppress dissent.

Yet Kilicdaroglu's most controversial move in recent times was perhaps on April 16, 2017, after election officials made a last-minute decision to accept ballots that had not been stamped by the elections' board as valid, a move that many believe tipped the outcome of the referendum in favor of switching to a presidential system. In several cities, including Istanbul, people took to the streets to protest the unprecedented rule change, which came atop allegations of fraud and other irregularities. Kilicdaroglu urged protesters to return home. In defending his decision later, Kilicdaroglu would say he got wind that armed men, apparently government supporters, would attack the protesters, and he wanted to avoid “grave incidents.” His decision to discourage protests at such a fateful moment caused a rift not only between the CHP and its base, but among CHP leaders as well. Selin Sayek Boke, the party’s high-profile deputy chair and spokeswoman, resigned her party posts in protest.

Less than a year later, Boke has returned to the spotlight, this time at the helm of an in-house opposition movement advocating tougher opposition against the government and its increasingly oppressive policies. Together with fellow Istanbul deputy Ilhan Cihaner, she issued “We for the Future,” a manifesto to that effect, ahead of the CHP convention, held Feb. 3-4. Although the party re-elected Kilicdaroglu as chairman, Boke won a seat on the party's assembly with the second-highest number of votes by delegates.

Boke believes the backing she received reflects strong popular support for a more organized and determined opposition against the government. “Our appeal received huge support from the people,” she told Al-Monitor. “What we put forward was not just objections but also the definition of a new style of politics.”

What does this new style of politics entail? For Boke, the ongoing state of emergency is extraordinary and therefore requires “organizing an extraordinary opposition,” a point that features prominently in the manifesto.

“Despite the extraordinary conditions today, the opposition remains stuck with political instruments and methods of ordinary times,” Boke said, stressing that the CHP should review its role in parliament. “As long as the emergency rule regime continues, and until the conditions of minimum democracy and fair and secure elections are restored, party organs should seriously consider democratic instruments, such as active boycotts in parliament and withdrawal from legislative work.”

On the Kurdish question, which remains the CHP’s weak spot, Boke called for a “social democratic solution framework that refuses to squeeze the public between security-centered oppression policies and terrorism and is committed to achieving lasting societal peace by expanding the sphere of democratic politics.”

Together Boke and Cihaner have become the voice of the left-leaning camp in the CHP's base, advocating “class-based, pro-labor and unequivocally leftist politics.”

So, what's next for the We for the Future movement? Boke offered the following vision: “We’ve already seen the examples of extraordinary opposition in the Gezi Park protests, in the ‘no’ campaigners ahead of the referendum and in the millions who supported [Kilicdaroglu’s] Justice March,” she said. “We know what has to be done, and we are committed to an approach that does not squeeze politics between the walls of parliament. Our first step in this context was the support we gave to the struggle against the nuclear power plant project in Sinop. We will keep up such actions. Turkey has sustained enormous damage from a political Islam that exploits religion and a neoliberal economic order. Against all this, we have to put forth a vision for a different Turkey.”

Cihaner told Al-Monitor that the pair would have meetings and organize activities with civic society groups. “But make no mistake,” he said, “we are going to do all this as part of the CHP.”

In other words, We for the Future aims to reshape the CHP and create an opposition that will change Turkey. Its road map has received significant support from various groups yearning for a different Turkey. The CHP’s performance in the coming period will have a direct impact on the government and on the opposition in general. Hence, every political actor in the country closely followed developments at its convention.

The results from the convention suggest, however, that the party leadership is not really prepared for a major change in its methods of opposition, but the intense pressure from the grassroots is creating alternative fronts of opposition. Their success or failure appears bound to directly affect the future policies of the main opposition party. The We for Change team has, no doubt, embarked on an uphill trek, but it could point the way out for an opposition stuck in the mud.