While negotiations continue between Israel and Poland over its new Holocaust law, Israeli politicians are cashing in on the outrage. 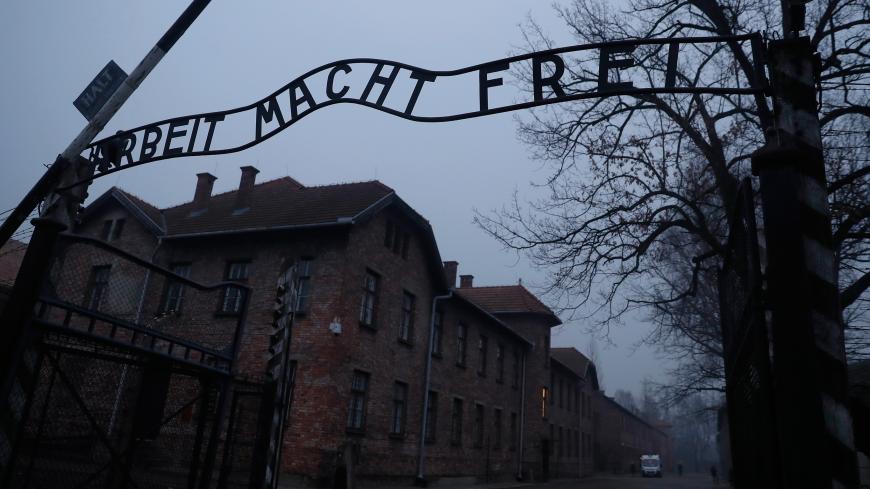 The Polish decision to criminalize accusations of Polish responsibility for crimes against Jews during the Holocaust has stirred a storm in Israel. Prime Minister Benjamin Netanyahu and Polish Prime Minister Mateusz Morawiecki agreed to open a dialogue between the two countries, but the agreement did little to appease Israelis.

In a Feb. 6 tweet, Yesh Atid head Yair Lapid accused Netanyahu of making a mistake when he announced that he would enter negotiations on the issue with Poland’s prime minister. “We cannot hold negotiations over the memory of the murdered. Netanyahu must now return the ambassador until further notice and re-examine cooperation agreements. The Jewish state was not founded for us to be silent in face of deniers of the murder of the Jews,” Lapid opined.

When Polish President Andrjez Duda signed the controversial “Holocaust law,” he clarified that he expects it to be amended after being examined by the nation’s constitutional court to ensure that it meets the conditions of the Polish constitution and does not hinder freedom of expression.

The Polish president’s statements reflected the process behind the scenes between Israel and Poland, apparently concerning amendments to soften the law to a version Israel could live with.

The offensive law sets a punishment of up to three years in prison to anyone who ascribes responsibility to Poles for Nazi crimes in World War II. While the Poles see it as protecting their interests and their national pride, as Duda said in the legislature, in Israel the law has been interpreted as insensitivity on the part of a friendly nation.

Israeli politicians are well aware of the media potential in the uproar over the Polish law. Lapid stood out in his aggressive responses to Poland as the standard-bearer of the memory of the Holocaust, a son of a Holocaust survivor. He found himself in a Twitter battle with the Polish Embassy in Israel, accusing the country of complicity in the Holocaust and writing, “No Polish law would change history.”

He is not the only Israeli politician who has responded outspokenly to the Holocaust law, inflaming tensions between the states and damaging diplomatic efforts. Since the law passed in the Polish Parliament a week ago, there has been a rare consensus against it in the Israeli political establishment that includes Arab Knesset members.

The Polish Embassy responded, “Your unsupportable claims show how badly Holocaust education is needed, even here in Israel.” Lapid tweeted back, “I’m the son of a Holocaust survivor. My grandmother was murdered in Poland by Germans and Poles. I don't need Holocaust education from you."

The chairman of HaBayit HaYehudi, Education Minister Naftali Bennett, was no less creative and militant. He initiated an official visit to Poland to speak against the law and was even supposed to meet with the deputy prime minister. Bennett also let loose a harsh attack on Poland, saying, among other things, “Part of the Polish people was involved in the Holocaust of European Jews.” His words angered the Polish government, which canceled the visit. “I am honored,” Bennett responded to the cancellation. To his credit, he showed some restraint in the face of calls to cancel the trips for high school students to the death camps in Poland.

There were quite a few calls to withdraw the Israeli ambassador to Poland in protest, including from Transportation Minister Yisrael Katz. Knesset members drafted a bill making denial of the involvement of Nazi collaborators a criminal offense. The author of the provocative bill was Itzik Shmueli (Zionist Camp), and he was joined by dozens of Knesset members from all parties in the chamber.

The uproar over the Polish law still has not died down, fueled by politicians from Israel and Poland, each state with its national pride at stake. The Poles are not backing down in the face of attacks and insults from Israel, and the impression is that they won’t give up the law. Reports have circulated about a campaign by the Polish government to reject its responsibility for the Holocaust. In interviews granted by the Polish prime minister to Israeli journalists like political reporter Amit Segel, he explained the Polish position and admitted that it seems the coordination between Israel and Poland in the legislative process was not successful.

Even if this is a resounding diplomatic failure for Netanyahu, as Lapid claims, every nation has the sovereignty to make decisions — even if they are outrageous and scandalous in the eyes of the State of Israel. The argument that we shouldn’t hold negotiations at the expense of Holocaust survivors is problematic, especially when the formulation of the law isn’t final and may change. In this situation it’s clear that negotiation with a friendly nation is essential. Demands to immediately punish Poland, to recall the Israeli ambassador, to nullify agreements or to harshly attack the Poles are flame-fanning populist measures that do not advance a solution.

The one politician to supply a rational and to-the-point comment was Knesset member Benny Begin of the Likud, perhaps because electoral considerations have never guided him. In an interview with Army Radio, Begin said, “There’s no point in sweeping blame of Poland. The decision to legislate the law was not the wisest, but the law won’t limit debate or research on the Holocaust.”

So simple, and so true. The memory of the Holocaust and its commemoration doesn’t start and end with the Polish Holocaust law.