According to Palestinian sources, Palestinian President Mahmoud Abbas has given up on the Americans and is not ruling out an armed intifada. 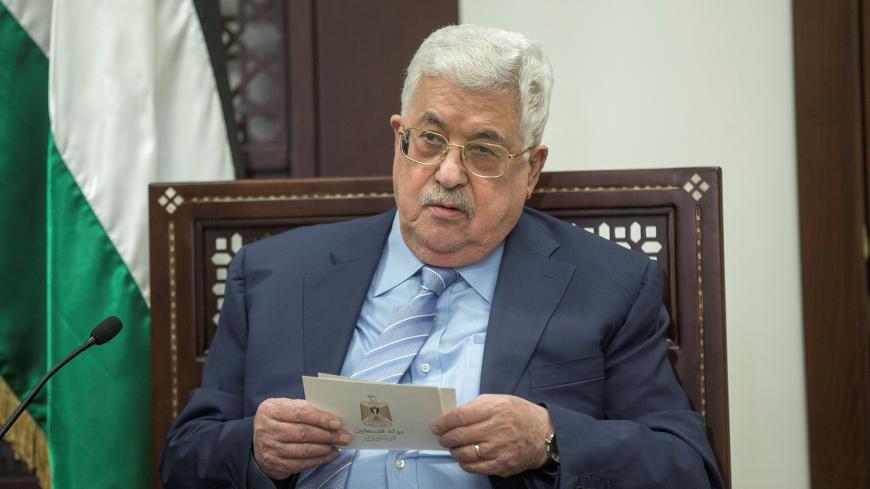 With the general commotion in Israel over the security flare-up in the north on the one hand and the possible indictment of Prime Minister Benjamin Netanyahu on the other, one tends to forget a key player in the Middle Eastern region — the Palestinians.

Visiting Ramallah these days, one comes away with a sense of the deep despair the Palestinian leadership is feeling. Faced with the radicalization of the pro-Iranian axis and with a recent surge of violence in the West Bank, Palestinian President Mahmoud Abbas finds himself between a rock and a hard place. While he does not want to appear reluctant to join a possible regional cycle of uprising, violence is actually the last thing he is interested in.

A senior PLO source said that he was recently present at a policy meeting in reaction to the US positions. Together with two other confidants, he heard a long monologue from Abbas about the state of the struggle for Palestinian statehood and about his own destiny. The official did not give Al-Monitor a verbatim account of Abbas’ words, but rather a sense of what they constituted.

According to the source, although Abbas is in a grim mood, he is keeping his fighting spirit. The Palestinian president will not, under any circumstances, agree to any version of a US negotiation plan. He believes that US President Donald Trump and Netanyahu are coordinating together in order to weaken him.

Abbas is disappointed, although he will not admit so publicly, with the mellow reaction of his Arab partners on the new US policy, specifically Egypt, Jordan and Saudi Arabia.

He follows closely and with some delight the legal troubles that Netanyahu is undergoing, but he believes that with or without Netanyahu, the Israeli right led by the settlers will continue to have the upper hand.

Abbas spoke about a time framework of two years until 2020, which according to the PLO official could indicate a timeline to resignation.

During this two-year framework, Abbas will attempt to achieve a global consensus on a Palestinian state on the 1967 lines with East Jerusalem as its capital. He sees possible key roles for Russia, the European Union and China, especially if the Republican Party suffers losses in the mid-term elections in November, which will weaken Trump’s hand.

Abbas, surprisingly to his PLO confidant, did not rule out a violent intifada. If everything else fails, that may be the last resort. Abbas believes that, in such a case, the intifada should be led by Fatah and not by Hamas.

The PLO official said that in this last phase of Abbas’ political career, the Palestinian leader wants to leave behind a path for Palestinian statehood and to gradually work with the head of his security apparatus on the modalities for a power transition.

A senior Israeli Ministry of Foreign Affairs official described to Al-Monitor the situation as follows: Ever since 1988, when the PLO accepted the State of Israel, Abbas has been the one reflecting the organization’s choice of a diplomatic strategic path to statehood. As such, he had a cardinal influence on PLO leader Yasser Arafat in the Oslo process. Today, with Trump’s new positions, the diplomatic option is in deadlock. This has weakened Abbas’ position in the Palestinian public opinion, and he is now even challenged by the more hawkish Fatah members.

Abbas is also suffering from an image of corruption in favor of his family and cronies.

The senior Israeli official agreed that Abbas has reached the last stage of his political career. He, therefore, will not compromise on any of the core issues related to Palestinian statehood. According to the Israeli official, with Fatah senior figures Marwan Barghouti and Mohammed Dahlan challenging his leadership, Abbas relies on his senior security officers. He is also dependent on the security cooperation with Israel for his political survival. The Israeli official added that Abbas’ departure will not be lamented in Jerusalem.