The interview of Israel’s Police Commissioner Roni Alsheikh by Channel 2 was oddly premature, shifting the focus away from the investigation expected to lead shortly to recommendations to indict the prime minister. 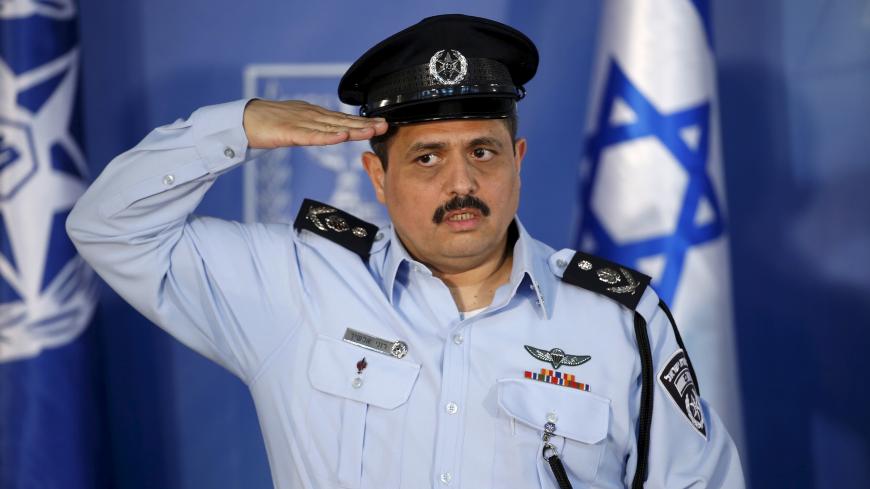 In many ways, Police Commissioner Roni Alsheikh's Feb. 7 interview with journalist Ilana Dayan was a watershed in Prime Minister Benjamin Netanyahu’s investigation saga. In the volatile public and political atmosphere, just days before the police release their recommendations regarding their investigations, the interview played right into Netanyahu’s hands.

It is not clear what lay behind Alsheikh’s decision to open up before Dayan’s camera about the Netanyahu investigations and make insinuations like, “People will be surprised.” These comments by Israel’s top cop were pointless as the final consultations over the Netanyahu files are almost over. Yet those comments were the least of the problems with the interview.

Looking straight into the camera, Alsheikh accused the prime minister of Israel of hiring private investigators to collect incriminating evidence against the people responsible for investigating him. The police commissioner did not name Netanyahu explicitly, speaking instead of “powerful" elements. Nevertheless, it was obvious who he meant. Alsheikh also stressed that he was talking about facts, not rumors. Many top journalists have been invited to meet with Alsheikh over the past year and heard a similar story from him. Now the police commissioner took it up a notch by saying it directly to the cameras, just before he hands his recommendations over to the attorney general’s office.

The police commissioner’s expressions throughout the interview conveyed that he wanted to say more but couldn’t. Together with his comments, they provided a mesmerizing if surreal dimension to the story. After all, it's not every day that the commissioner sits down before cameras to insinuate that the prime minister is trying to interfere with his own investigation.

It looked like his publicists and public relations people recommended that Alsheikh use the interview to relay his confidence in how the investigations were handled, despite the heavy burden he bears. It was also apparent that his remarks were intended to position him as the hero of the Netanyahu investigations. And yet, it’s not at all clear why the police commissioner decided to butt heads with the prime minister just before the police submits its recommendations, which will apparently be to indict Netanyahu for bribery and the violation of public trust.

Under normal circumstances, Alsheikh would have waited until the recommendations were released to call a press conference to answer questions. Even if he had no control over when the interview was aired, he should have known the timing was terrible. It was inevitable that it would damage his image and that of the police.

As far as Netanyahu is concerned, Alsheikh played right into his hands. That same night, the prime minister posted an especially vehement diatribe against the police commissioner on Facebook, calling his insinuations “delusional and false” and adding, “A huge shadow was cast over the police investigations this evening and over their resulting recommendations.”

War broke out the following day between the police and the attorney general’s office, with senior Likud officials accusing the police of trying to overthrow the government. Meanwhile, Alsheikh would not admit to any mistake or do anything to turn down the heat. Instead, he persisted with his claims.

His staff told the media that he had informed Attorney General Avichai Mandelblit in real time about attempts to gather information about investigators in the Netanyahu case, but Mandelblit did nothing about it. Mandelblit’s staff responded that at no point did the police commissioner offer solid evidence. All he had were rumors.

The Alsheikh interview came right on time, as far as Netanyahu was concerned. The ammunition it gave him was priceless.

The Alsheikh interview came right on time, as far as Netanyahu was concerned. The ammunition it gave him was priceless. Thanks to Alsheikh, Netanyahu was able to redirect the public debate from the impending recommendations to indict him, to the commissioner’s claim that Netanyahu sent private investigators to collect incriminating information against the people investigating him. Instead of the political significance of the recommendations, the media and public are now focused on the police commissioner and on the call from the prime minister, senior Likud officials and even the Zionist Camp to investigate these serious charges against the prime minister.

This demand makes a lot of sense, even if it is nothing more than spin by Netanyahu. After all, the moment the police commissioner made his claims public, they could not be ignored and must be investigated. The possibility that the prime minister acted that way is nothing less than shocking.

At the very least, what Alsheikh should have done was minimize the damage instead of standing by his claims and letting the question become whether Alsheikh had been telling the truth. It now looks like his claims will have to be investigated. No one, including Alsheikh himself, wants to live in a country where the police commissioner spreads baseless rumors. And if it turns out that they aren’t just rumors, Netanyahu should be investigated about them first thing tomorrow morning. The investigation itself shouldn't be complicated, and could be handed over to the Shin Bet or some external commission of inquiry.

In every position he held in the Shin Bet, Alsheikh was a highly regarded professional, considered by everyone to be smart and sophisticated. Some people even said he was a genius in handling interrogations, and that he said nothing by chance. Everything he did was carefully planned. Where did all of his caution go? Could it be that Alsheikh is trying to sabotage the Netanyahu investigations? Alsheikh seems committed to reaching the truth in the various Netanyahu investigations to prove that no one in Israel is above the law. But he has stumbled into pit after pit on his way to achieving that lofty goal, while providing great material for the prime minister to distract the public with.