John Hannah, the national security adviser to former Vice President Dick Cheney, has decided to decline the post as the US administration casts about for heavyweight diplomats. 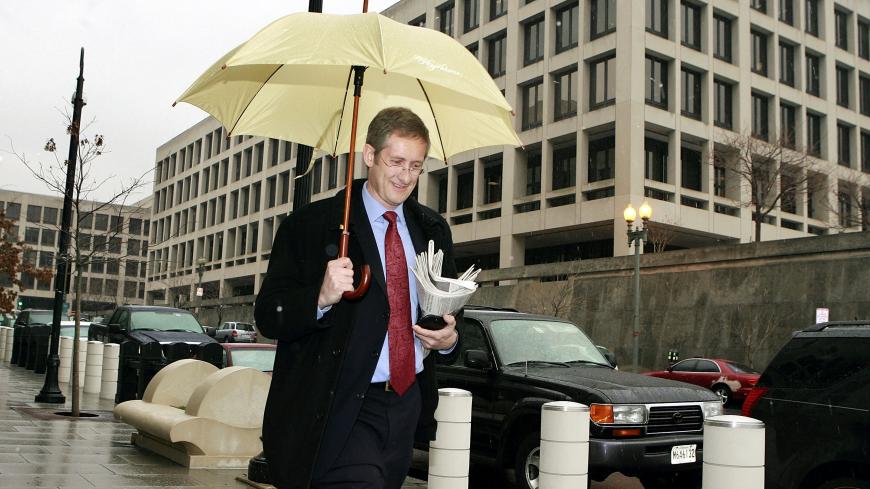 Washington — John Hannah, who served as national security adviser to Vice President Dick Cheney, will not take the job of US Syria envoy, Al-Monitor has learned.

Hannah had been in advanced negotiations with the Donald Trump administration about the position, but ultimately decided against going back into the US government at this time, a person familiar with the deliberations said Sunday, speaking not for attribution. Hannah declined to comment.

Hannah, currently a senior counselor at the Foundation for Defense of Democracies, served as Cheney’s deputy national security adviser for the Middle East from 2001 to 2004 and national security adviser from 2005 to 2009. He previously worked as a senior State Department official in both the Bill Clinton and George H.W. Bush administrations, including on the policy planning staff under veteran Middle East peace negotiator Dennis Ross.

Expectation for the appointment had come as the Trump administration has sought a heavyweight diplomat or retired general to fill the envoy role to try to bolster stalled UN-led negotiations to find a political resolution to the Syrian conflict.

Washington has been consulting with like-minded countries on mechanisms to advance the Geneva negotiations, led by UN Syria envoy Staffan de Mistura. But de Mistura, speaking after briefing the UN Security Council last week, acknowledged that what the parties are even negotiating about is in dispute.

“My mission is not an easy one,” de Mistura acknowledged at a press stake-out in New York on Feb. 14, after journalists asked him about Syria’s UN Ambassador Bashar Jaafari rejecting a UN role in forming a committee to rewrite the Syrian Constitution.

Meanwhile, the foreign ministers of Iran, Russia and Turkey will meet in Kazakhstan in two weeks to prepare for a Syria summit to be held in Istanbul, Reuters reported that Russia’s Tass News Agency cited Iranian Foreign Minister Mohammad Javad Zarif as saying Monday.

Trump administration officials working on Syria have expressed confidence in private meetings about a US strategy on Syria. They assess that Washington has leverage to bring to bear in negotiations on Syria’s post-war political settlement, including because US-backed forces are holding some 30% of Syria’s territory, including oil fields. They also assess that the regime of President Bashar al-Assad is weaker than it appears.

One senior Nation Security Council official told Syria analysts at a recent private meeting that they are going to spend a lot of time and effort to try to put the US relationship with Turkey on the right track. The goal remains to roll back Iran, and the administration assesses they cannot do that without Turkey being on the US side, one analyst who attended, speaking not for attribution, told Al-Monitor.