US sees renewed leverage over Assad in Syria

The Donald Trump administration is confident that its pressure is eroding the Syrian regime and its allies. 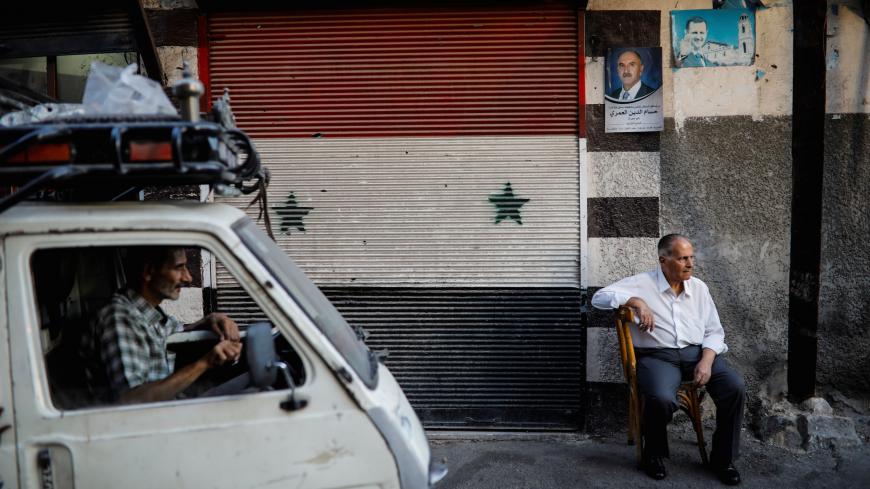 The Donald Trump administration believes it has leverage over Russia and Iran to bring the Bashar al-Assad regime in Syria back to the negotiating table and rekindle the UN-led peace process.

US Syria envoy Jim Jeffrey this past week said the international community should “pull the plug” on the Russia-led Astana process because of its failure to make progress on a new constitution for the war-torn country. Jeffrey made the remarks at a State Department briefing Monday before traveling to Turkey and Jordan on Tuesday to reassure key American allies in the conflict.

A US official told Al-Monitor that negotiators believe Assad’s weakening economy could force Russia to the bargaining table, as Moscow and Iran will not be willing to put up military forces for the Syrian regime in the long term. The official said the United States is working to coax Russia to influence Assad to create a constitutional committee for the UN-led Geneva process and prevent further violence before the end of the year.

It’s not clear whether renewed US confidence in Assad’s weakness reflects the facts on the ground.

Damascus has regained control over most of the country after a string of military victories. But some analysts say the portion of Syria that the regime controls faces difficulties with inflation, access to health care and increasing unrest among pro-Damascus war veterans, who have struggled to obtain basic services. Meanwhile, Moscow faces significant costs for keeping Assad afloat while Iran is struggling financially due to reimposed US sanctions.

“If you were going to boil down the Trump team’s strategy to one element, it would be [to] create a quagmire for Russia,” said Nick Heras, a Middle East fellow at the Center for a New American Security, a Washington think tank. “What they want to do is see if the Russians feel sufficient pain if they’re [not] willing to commit compromises to move toward the US position.”

The US policy is accelerating as UN envoy Staffan de Mistura delivers his final report to the UN Security Council at the end of next week before handing over the reins to Norwegian diplomat Geir Pedersen. Jeffrey said the Astana process should be shelved unless de Mistura reports that he can convene a constitutional committee in Geneva by the end of the year.

The UN-led political track calls for a new constitution ahead of national elections. But questions have arisen about how much Russia can influence the process, which hinges on standing up a Syrian committee to rewrite the nation’s charter. That effort stalled in late October as Foreign Minister Walid Muallem pledged not to allow “interference” in Syria’s affairs.

“Our suggestion, and I think I would reflect the views of many of the other major UN countries that are concerned and interested in Syria, is that we do not continue with this rather strange Sochi/Astana initiative,” Jeffrey said Monday. “They tried and they failed.”

Russia had promised to finish up the Astana process by year’s end. Invoking the Russian deadline, Jeffrey “is trying to generate leverage by using their language against them,” said Aaron Stein, a senior resident fellow at the Atlantic Council, a Washington think tank.

Jeffrey added that US oil sanctions reimposed in November after the Trump administration withdrew from the 2015 Iran deal had reduced shipments of oil to the Assad regime from Russia and Tehran, but refused to elaborate when pressed by reporters. “The Iranian bottom line is pretty bad,” a source close to the US administration told Al-Monitor.

But pushing to end the Astana talks and push the UN Geneva process forward before year’s end is a high-stakes decision. Syrian opposition sources indicate the move creates a tight deadline that could blow up the negotiations if the United States and a quartet of European countries can’t get Russia to get the process back on track.

“We have a small window of hope up until the end of this month for the international community … to convince the Russians to unlock this deadlock,” Hadi al-Bahra, the former president of the Istanbul-based National Coalition of Syrian Revolution and Opposition Forces, told Al-Monitor. “If they fail at that then the whole past efforts on the political process have to be revisited, reconfigured and redesigned to be reinvigorated as [a] political process with clear and defined agenda.”

Independent assessments also show Damascus’s military strength waning. An open source report by the investigative outlet Bellingcat earlier this year showed that Assad’s armored forces, a spearhead of the Syria’s offensive power, had significantly degraded as the regime beat back rebels in the Damascus suburb of eastern Ghouta.

“The Syrian economy has shrunk a lot,” Randa Slim, a senior fellow at the Middle East Institute who leads unofficial dialogues on the Syrian conflict, told Al-Monitor in an email. “As a result, major reconstruction projects from which Russian businessmen could benefit cannot be launched without injection of funds from outside.”

The CIA publicly estimates that Syria’s economy has contracted by more than 70% since the conflict began. But it’s not clear the Pentagon shares the State Department's optimistic assessment of the Assad regime’s strength. And Defense Secretary Jim Mattis has publicly questioned the extent of Russian influence over Syrian forces.

Departing US Central Command chief Gen. Joseph Votel testified in the Senate in March that Assad’s regime was “ascendant.” In responses sent to lawmakers ahead of his nominating hearing this past week, Marine Lt. Gen. Kenneth McKenzie, nominated to be Votel’s successor at CENTCOM, said pro-Assad forces “have a nearly insurmountable advantage” over rebels in Idlib, most of whom are under protection in a Turkish safe zone. McKenzie added that the Syrian regime would likely continue to struggle to stabilize the country after a destructive seven-year civil war.

“The Syrian regime’s success in ending the civil war appears a near certainty, although the regime is not addressing underlying causes of the civil war such as political disenfranchisement, poverty, water availability, and access to economic stability,” McKenzie wrote.

While the US has pledged not to provide reconstruction aid to Assad-held areas without a political settlement in Syria, experts speaking on Friday at the Middle East Institute think tank said European Union diplomats are softening on the idea of providing assistance.

“Right now, the US is short on one thing,” said Frederic Hof, a former special adviser for Syria transition during the Barack Obama administration. “And that’s leverage.”