While sports, art and media celebrities have announced their support for Egyptian President Abdel Fattah al-Sisi's second presidential term, some question whether dissent is really an option. 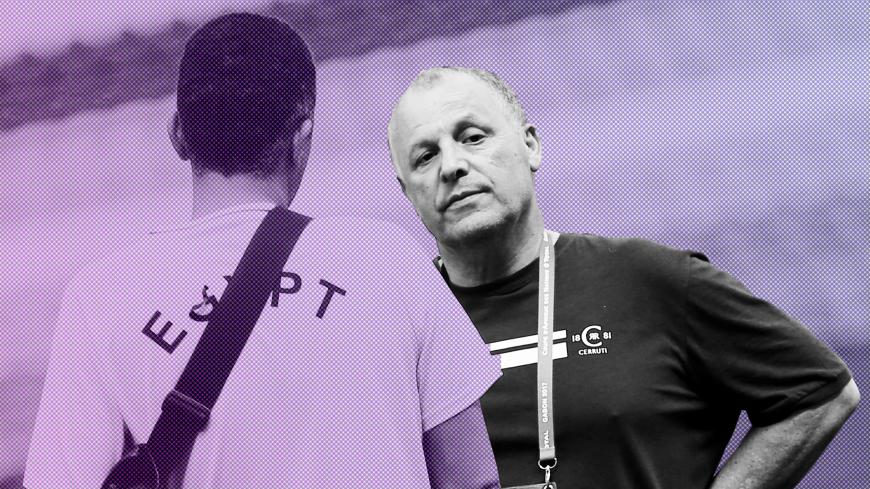 Hany Abo Rida, the president of the Egyptian Football Association, looks on during the training session of the Egypt team at Stade de l'Amitie, Libreville, Gabon, Jan. 31, 2017. - REUTERS/Amr Abdallah Dalsh

Artists, soccer players and media stars are supporting Egyptian President Abdel Fattah al-Sisi’s candidacy for a second term in the presidential elections scheduled for March 26-28. Artists’ syndicates and sports clubs called on the Egyptian voters to support Sisi and promote the “achievements” during his first term that began in June 2014.

“Kolina Maak Men Agl Masr” ("We Support You For Egypt’s Sake") association, founded on Oct. 30, 2017, by a group of artists to support Sisi’s election for a second term, held a conference in November in the presence of artists and public figures.

On Jan. 22, the Egyptian Football Association, headed by Hany Abo Rida, held a conference at the association’s headquarters in Cairo in the presence of the managers of soccer clubs, notably the chairman of Al-Ahly Club, Mahmoud al-Khatib, to back Sisi’s candidacy. Several soccer players and managers of soccer clubs such as Al-Ahly and Al-Zamalek endorsed Sisi’s candidacy for a second term and appeared in recorded videos to talk about his achievements during his first term.

Sisi announced his candidacy in a speech Jan. 19 on the official state TV channel, and his campaign submitted his official candidacy papers Jan. 24, including more than 175,000 public endorsements and more than 500 endorsements from members of parliament.

Samira Ahmed, an actress supporting a second term for Sisi, told Al-Monitor over the phone, “I am expressing my political opinion to support Sisi’s candidacy because this is my national duty toward a man who has defended his country against terrorism and has accomplished a lot. Besides, citizens have the right to express their political inclinations, especially artists who are loved by different groups and must be influential.”

She added, “Artists create public opinion and have an influential power. Expressing their political choices is part of their role as creators of public opinion.”

Ahmed asserted that the current regime had not forced her to voice her support for Sisi.

Art critic Tareq al-Shanawi told Al-Monitor over the phone, “Artists in the Arab world are careful not to disagree with the political regime and to be in line with its political choices.” He noted that it is not common to see a famous person, whether in the arts or on the soccer field, with opposing points of view to the authority, unlike in Hollywood.

Shanawi said that the role of artists is to defend public freedom and justice. He wondered, “Why are famous people supporting Sisi to this extent, although electoral competition is absent?”

El Ghad Party leader Moussa Mustafa Moussa is the only candidate competing against Sisi in the elections, although he is a Sisi supporter and was accused of running to make the elections appear democratic. Rights lawyer Khaled Ali and Ahmed Shafiq withdrew, and former Chief of Staff Sami Anan was detained after being accused of committing crimes and violations by announcing his resolve to run in the presidential elections without getting the permission of the armed forces.

Shanawi said that the state realizes the popularity of these public figures and wants to invest in their stardom to garner support across different sectors from fans who adopt their idols’ views. He noted that celebrities create public opinion, and that the authorities have always sought to use this factor for political ends.

Mostafa Kamel al-Sayed, a professor of political sciences at the American University of Cairo, told Al-Monitor, “Each person — whether an artist or a soccer player — has the right to reveal their political choices and convictions.”

Sayed said that the problem is that groups opposing the state’s opinion are not allowed to express their views in the media and are made out to be traitors. He added, “Support within state institutions — such as the football association and the actors’ syndicate — should be a democratic process among those working in these institutions.”

The absence of democracy and the prevailing cheering voice for Sisi in the media have made this support dubious, according to Sayed.