The Yemeni riyal's loss of more than 15% of its value in a matter of days will make establishing peace more difficult by exacerbating inequality. 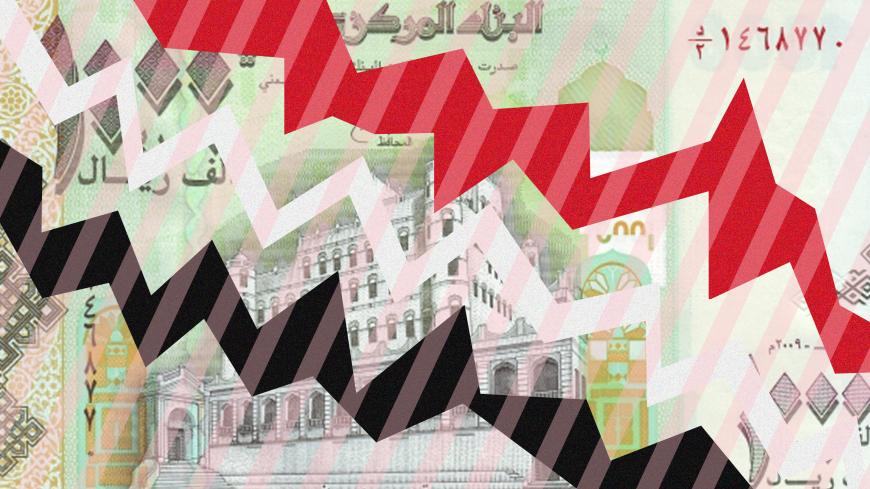 As the war in Yemen approaches its fourth year, there seems to be no shortage of suffering in the country. After the killing of former President Ali Abdullah Saleh on Dec. 4, the internationally recognized government, led by President Abed Rabbo Mansour Hadi, promised progress on various battle fronts, in particular to recapture Hodeidah, but little has been achieved in this regard.

As a consequence of the war, Yemen is currently witnessing the worst economic decline since the founding of the modern republics of North Yemen and South Yemen in the late 1960s. The current situation led on Jan. 5 to the head of the UN Office for the Coordination of Humanitarian Affairs (OCHA), Mark Lowcock, describing the situation as possibly the worst humanitarian crisis in half a century. The crisis has grown even worse since his statement's release due to a free-fall in recent days by the Yemeni riyal against foreign currencies.

Since Jan. 14, the riyal's exchange rate against the dollar has risen from 435 to 510 riyals, a loss of more than 17% of the Yemeni currency's value. This drop marks the riyal's lowest value and illustrates the toll the current war has taken on it. The riyal has lost more than 130% of its value since the launch of the Saudi-led coalition's military intervention in March 2015, at which time it traded at 215 riyals to the dollar.

As much as this poses a serious setback to the efforts by international humanitarian organizations to tackle the catastrophic humanitarian situation in the country, it will also contribute to furthering a major shift in the distribution of wealth and assets in the country, and this in turn will have grave implications in the long run.

The depreciation of the riyal has already increased the price of food to levels that most Yemenis cannot afford. The food supply has declined since the Saudi coalition’s decision in November to shut down all of Yemen's ports of entry — by sea, land and air — after a Houthi missile attack on the King Khaled Airport in Riyadh on Nov. 4.

The coalition later abandoned this decision and allowed the reopening of ports controlled by the internationally recognized government as well as the port of Hodeidah, on the west coast, which remains under Houthi control. The entire region surrounding the port of Hodeidah, plus the port itself, remains a battleground, however, hindering the delivery of commercial and humanitarian shipments. According to a Jan. 11 statement by Jamie McGoldrick, UN humanitarian coordinator for Yemen, the shipments delivered to the Hodeidah port since its reopening are “far less than what is needed to meet overall food and fuel needs.”

Although it was announced Jan. 17 that Saudi King Salman had instructed that $2 billion be deposited at the Central Bank of Yemen to prop up the riyal, it is still up to the Yemeni government and the bank's administration to implement sound economic policies to tackle the crisis and make the most of this humble deposit. It is the central bank's responsibility to provide importers, first and foremost, and commercial banks with hard currency to mitigate the influence of the black market in dictating the riyal's exchange rate. While the riyal is expected to recover against the dollar in coming days, it is very unlikely that it will reach its prewar value.

The stark depreciation of the riyal will have immense, long-term effects on the distribution of wealth in this already poor country. As most Yemenis have reached the point of selling their valuables to put food on the table — public servants have not received salaries since the relocation of central bank headquarters to Aden in September 2016 — a brutal process of wealth transfer from the hands of the poor to the hands of the elite appears to be already underway. The elite on both sides of the conflict, who are not necessarily as affected by the riyal's devaluation as the poorer segments of the population, will emerge from the war more economically empowered regardless of the outcome on the battlefield.

The masses being stripped of the little wealth they have, and it in turn being concentrated, along with other assets and resources, in the hands of a few will have grave effects on the possibility of reaching a political agreement to end the conflict. This dynamic will almost certainly undermine any effort to establish peace, as it embodies and furthers the grievance that led to the conflict. 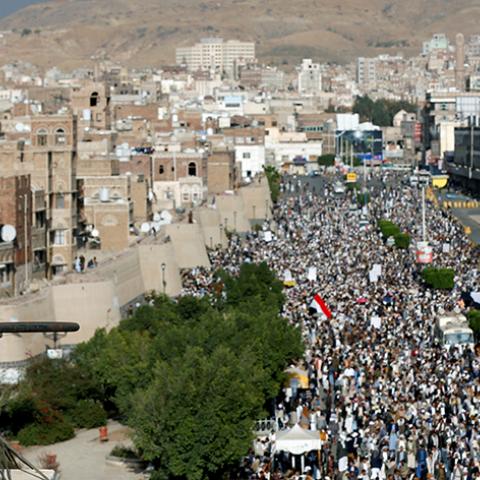