Lebanon's harrowing economic crisis worsened when the pound fell against the dollar again on the black market. 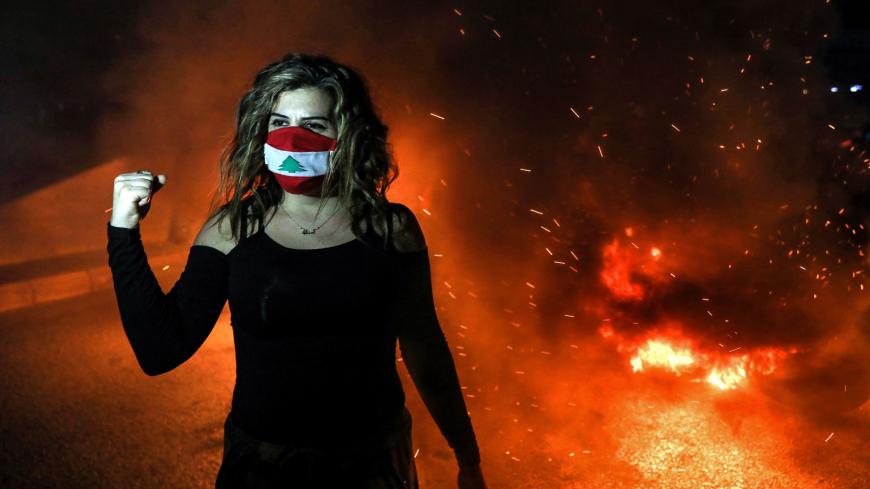 A demonstrator wearing a Lebanese flag mask makes a fist as she stands next to flaming tires cutting off a road in the center of Lebanon's capital, Beirut, late on March 2, 2021, during a protest against deteriorating economic and social conditions. The Lebanese pound at one point during the day hit an all-time low of 10,000 pounds to the dollar on the black market. - ANWAR AMRO/AFP via Getty Images

The Lebanese pound has again fallen to an all-time low on the black market as the economic crisis continues.

The collapse of the Lebanese pound has been one of the most devastating aspects of the country’s economic crisis, and many people are unable to buy necessities. The crisis began in 2019 in part due to the government’s massive debt. Protests began that year against the government and have continued off and on since.

The situation was exacerbated last year by the COVID-19 pandemic and the August Beirut port explosion. All in all, Lebanon’s GDP decreased by nearly 20% in 2020.

There are multiple exchange rates in Lebanon. Banks continue to use the official rate for purchasing commodities, but the rate for the average citizen is the informal market one. Tuesday’s figures indicate a loss of 85% of the pound’s value when compared with the official rate, and a drop of 5.25% on the black market rate since Feb. 25.

Protests occurred Tuesday following the currency’s drop in value. Demonstrators in Beirut and throughout the country blocked roads in protest, the Lebanese outlet Naharnet reported.