Turkey is becoming new hub for Salafist-jihadi exodus from Syria

Turkey is emerging as the unwilling heir apparent to Salafist-jihadi networks as they are forced out of neighboring countries. 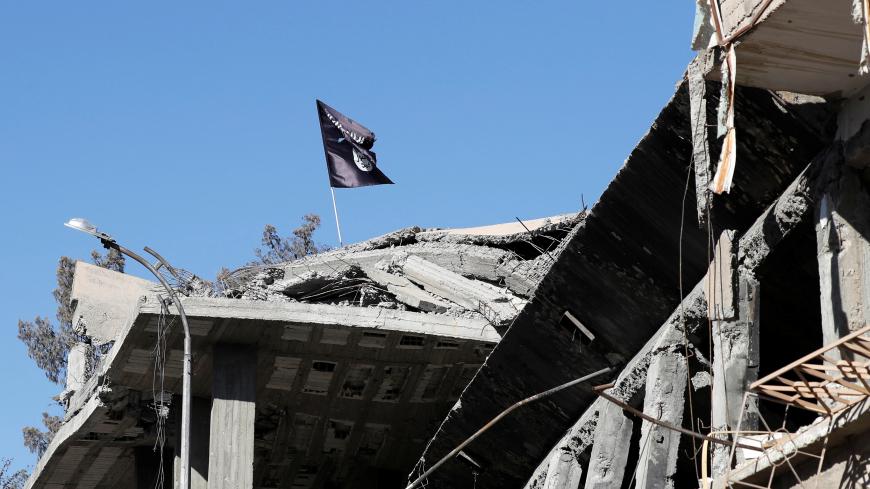 As the Islamic State (IS) has lost territory in Syria and Iraq, and as efforts are being made to separate radical elements from moderate Sunni opposition groups in and around Idlib, the violent Salafist-jihadi networks are migrating to Turkey.

According to the Turkish General Staff’s official website, 8,474 people who tried to cross the border from Syria to Turkey illegally were caught in December, whereas security forces caught only 71 people trying to go the opposite way. This fact strongly suggests Turkey is becoming either a way station or final destination for violent Salafist-jihadi networks in 2018, even though Turkish security forces were very tough on them in 2017.

According to a security source who talked to Al-Monitor on condition of anonymity, in 2017 there was about a 30% increase in the number of foreigners captured trying to enter Turkey illegally from Syria compared with 2016. In 2017 there was a 35% increase, in comparison with 2016, in foreigners detained during counterterror operations in Turkey.

Since the March 2014 Nigde attack, the very first armed confrontation between the Turkish state and IS, Turkey has been particularly hard hit by IS-linked networks. As of July 2017, there had been 14 major terror attacks, in which 155 people were killed and 763 were wounded.

The attack one year ago on the Reina nightclub in Istanbul during a New Year's Eve party became a critical turning point for Ankara’s stance against IS. The strike killed 39 people and wounded 68. According to a security official, in the 75 days following the nightclub attack, officials took 2,700 people into custody, including 350 foreigners in 29 cities. Among those foreign suspects were several key individuals thought to have organized attacks in Turkey and Europe.

According to a security official, since January 2015, Turkey has refused entry to more than 38,269 people, detained more than 5,000 foreign IS suspects and deported more than 3,290 foreign militant fighters from 95 countries. Interior Minister Suleyman Soylu said in October that in the past year there had been 2,431 anti-IS operations in Turkey, with 3,200 people imprisoned and 22 IS attacks prevented.

One more factor contributing to the decapitation of IS-linked networks in Turkey is Ankara’s tighter grip on border security and neutralization of IS control on the Turkey-Syria border, thanks to the army’s Operation Euphrates Shield (August 2016 to March 2017) in northern Syria. Security sources who did not want to be identified told Al-Monitor that as Turkish intelligence elements have become more embedded in Syria, particularly at al-Bab and Idlib, they have been collecting more actionable intelligence about sleeper cells once affiliated with the Islamist faction Jabhat al-Nusra.

Another reason for Ankara’s markedly aggressive stance against Salafist-jihadi networks in 2017 was tense debate, sparked by the Istanbul nightclub attack, on sensitive issues such as lifestyle, religion, private life, secularism and the neglect of those networks in the country. These are difficult issues for the conservative and not-too-perceptive Justice and Development Party (AKP) government to fully grasp and manage. Furthermore, increasing international pressure on the government, particularly Russia’s intolerance of activities of violent Salafist-jihadi networks in Turkey after the assassination of Russian Ambassador Andrey Karlov in December 2016, also prompted intensified security efforts. Turkish President Recep Tayyip Erdogan’s campaign for the executive presidency (elections are anticipated for November 2019) has already started. Erdogan and the AKP have been very much aware of the shock effect of the Istanbul nightclub attack, which generated severe criticism of intelligence and security flaws. More Salafist-jihadi violence in the lead-up to the presidential election would frighten the public and probably boost anti-AKP and anti-Erdogan sentiment in the public.

What can we expect in 2018? The violent Salafist-jihadi networks in Turkey face increasing financial restraints in Iraq and Syria, and are likely this year to resort to self-financing through robbing money changers and jewelry outlets, kidnapping for ransom, racketeering, extortion and blackmail. They are also highly likely to resort to mercenary terror attacks for profit.

Although Ankara’s fight against violent Salafist-jihadi networks in 2017 is worthy of praise, we have to admit that the effort came late, considering the depth and scale of Salafist-jihadi penetration into Turkish society.

And the effort isn't as strong as it could be. Ankara prioritizes the Kurdistan Workers Party (PKK) as its No. 1 enemy and considers No. 2 to be the Gulenist network, which it blames for the failed military coup in 2016. At the societal level, the public still lacks awareness of the extent of the problem, though it has been plainly visible in Turkey for more than three years. Sympathy toward Salafist-jihadi networks is particularly notable in society's conservative segments, which perceive the networks as fighting against the Kurdish groups in northern Syria that Turkey considers terrorists.

Furthermore, the conventional media have no clear awareness of the threat of Salafist-jihadi networks and violent Salafist radicalization, and that gap contributes to the public’s complacency.

Unfortunately, the worst mistake Ankara makes in struggling against Salafist-jihadi radicalism is still perceiving those networks as purely a security issue and thinking they can be tackled with only military and security measures, instead of developing an integrated, comprehensive counterstrategy. There are still no deradicalization or rehabilitation models currently active.

Most importantly, Turkish young people are still being radicalized as violent Salafist-jihadi networks continue to lose territory in Syria. The militants’ educational activities have influenced many children, perhaps inspiring an entire generation.

Beyond their physical presence, the networks' online presence in Turkish social media has been growing because Ankara still doesn’t have a comprehensive cybersecurity mindset. Indeed, social media has become the top recruiting platform for radical networks and other tech-savvy extremist groups.