The Turkish public's strong desire for its country to join the EU could eventually have political implications for its president, who just returned from Europe empty-handed — again. 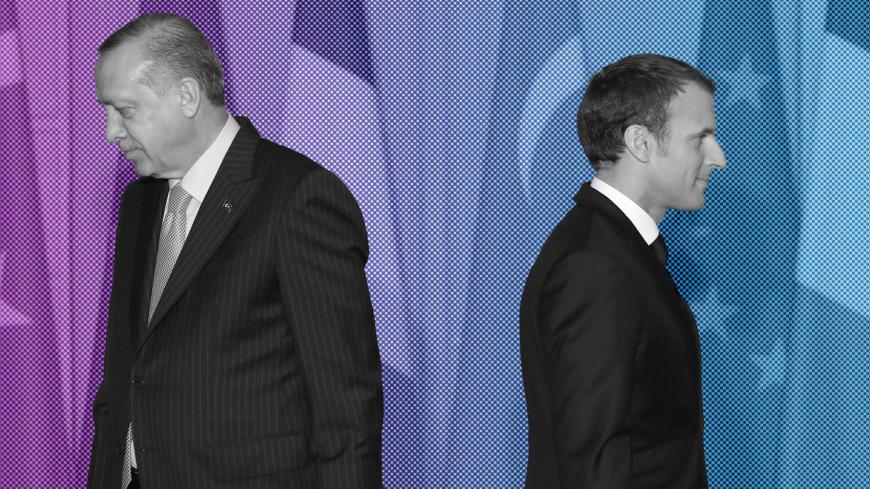 In Turkey, almost all print media outlets are under the strict control of President Recep Tayyip Erdogan. That’s why every presidential trip abroad is hailed as a great triumph. Erodgan's recent trip to Paris was no exception.

Ahmet Insel, a prominent Turkish intellectual and former dean at the Sorbonne in Paris, observed Jan. 8, "Pro-government media welcomed Tayyip Erdogan with cries of victory on his return" from Paris. Insel saw parallels between the warm welcome Erdogan received upon his return and the warm welcome former French Prime Minister Edouard Daladier received upon returning to Paris after signing the much-maligned Munich Agreement in 1938. Daladier "was expecting protests when he returned home, but was instead welcomed by a cheering crowd on the tarmac." Daladier remarked at the time, "Ah, morons! If they would have known."

Perhaps Erdogan had similar thoughts when he addressed the cheering crowd, wrote Insel.

French President Emmanuel Macron was blunt and undiplomatic in his statement about the Jan. 5 meeting with Erdogan. According to a BBC paraphrase of the speech, Macron said, "It was time to end the hypocrisy of pretending that there was any prospect of an advance in Turkey’s membership talks with the EU.”

According to Marc Semo, Le Monde’s Turkey expert, Macron was “honest” with Erdogan, who visited to test the waters on Turkey’s accession bid to the EU. Macron, emphasizing that recent developments in Turkey do not allow for any progress in Turkey’s long-languishing bid, proposed a “partnership” instead of full EU membership, Semo reported.

Such reports indicate that Macron reiterated the offers of former French President Nicolas Sarkozy and incumbent German Chancellor Angela Merkel. However, Macron didn’t even try to sweeten the deal by labeling the offer a “privileged” partnership. Considering the offer to be a “second-class membership in Europe,” Turkey has never been comfortable with this idea.

However, according to Insel, the positions of Sarkozy and Macron aren't identical: Sarkozy had wanted to shut the European doors to Turkey, asserting religious, cultural and demographic differences. Macron, on the other hand, noted Turkey's recent human rights violations and emphasized that Ankara is not fulfilling the Copenhagen criteria — the main prerequisite for accession negotiations.

Erdogan’s visit to Macron "illustrated Turkey’s huge loss of international credibility due to the drastic dismantlement of rule of law,” Marc Pierini, the former EU ambassador to Turkey, tweeted Jan. 5. “Ankara’s narrative — ‘There is rule of law in Turkey' [and] 'Turkey meets all the EU criteria’ — doesn't lead anywhere."

Arab scholar Sami Moubayed's observation was no less pessimistic. The visit “puts an end — almost once and for all — to Erdogan’s European ambition. … Seeing the writing on the wall, he has been rapidly investing time and effort in building relations elsewhere — in Sudan, Somalia, Chad and throughout the Arab and Muslim worlds,” he wrote in a recent commentary.

But will building bridges with Sudan, Chad and other Arab and Muslim nations be sufficient to fill the void of the European Union? Of course not.

“Smarting from Macron’s rebuttal, Erdogan has taken the opportunity to cuddle up closer to Russian President Vladimir Putin, knowing that by doing so he irks other NATO member states,” Moubayed added.

However, the future of Ankara-Moscow ties also seems foggy, as recent disagreements over the Syrian Kurds indicate. The future of Turkish-US relations is no less questionable. Thus, Macron’s decision “to end the hypocrisy” is extremely important for Turkey. Turkey’s exclusion from Europe could have strategic implications when it comes to Turkish public opinion: The people’s desire to integrate with the European Union is perhaps the only beacon of hope in the country right now.

Indeed, a survey conducted in November by the Economic Development Foundation, a lobbying body for Turkey’s EU membership, provided stunning results in this aspect. According to the survey, 78.9% of Turkish society supports full EU membership for their country. The figure was only 61% two years ago.

The survey results were a surprise even for the pollsters. “To see the increase in the support for EU membership despite Turkey’s moving away politically from the European Union during the year 2017, was unexpected,” Economic Development Foundation Chairman Ayhan Zeytinoglu told Deutsche Welle.

Yet the outcome doesn't change the political reality in Turkey. The EU is closing its doors to Turkey at the beginning of 2018, and they will remain firmly closed unless Turkey returns to democratic governance.