Turkey is looking to Hollywood for support as its tourism industry struggles to rebound from terrorism, last year's coup and a decline in tourist spending. 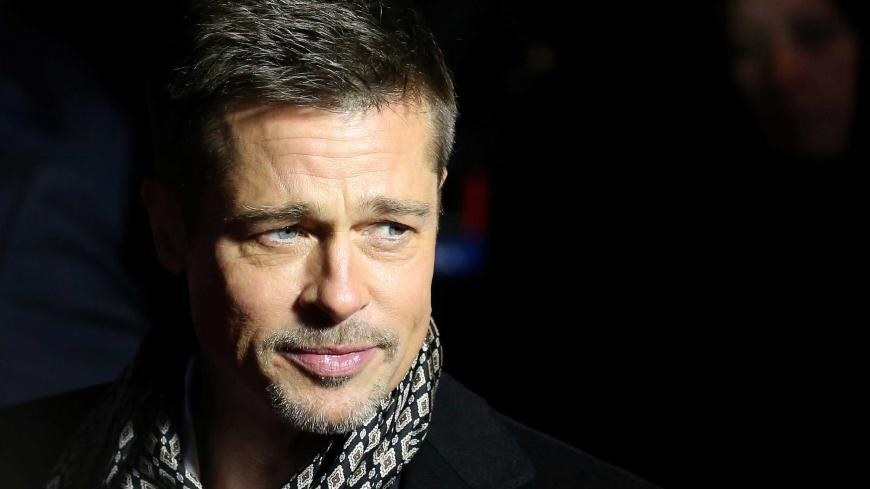 Turkey, scrambling to revive its ailing tourism sector, is pinning its hopes on Hollywood for support, namely that of Brad Pitt, star of the 2004 film “Troy,” among other blockbusters.

Ancient Troy — one of the world’s most famous archaeological sites and a UNESCO World Heritage Site since 1998 — is located in Turkey’s northwestern Canakkale province, also the theater of the 1915 Battle of Gallipoli. Despite its exceptional history, the region has lagged behind Turkey’s other top tourist attractions. Ankara believes the time has come to make a change.

Earlier this month, Culture and Tourism Minister Numan Kurtulmus declared that 2018 would be the “Year of Troy.” He said that contacts had been made with Pitt, who played the hero warrior Achilles in “Troy,” to make him the face of the promotional campaign. The initiative excited many, with one of Turkey’s most popular columnists, Hurriyet’s Ertugrul Ozkok, going so far as to call for changing Canakkale's name to Troy.

To former Tourism Minister Ahmet Tan, however, renaming Canakkale would be a tall order, given the government’s fixation on “the native and the national.” That said, maybe some backing from Pitt would be of use. Speaking to Al-Monitor, Tan said that the Tourism Ministry had allocated huge sums for promotion and recalled earlier efforts to enlist Hollywood stars for advertising campaigns.

“Previously, they had signed up Morgan Freeman for Turkish Airlines,” Tan said. “Then, there were contacts with Julianne Moore to promote Turkey. Now, they have made an offer to Brad Pitt. If Pitt agrees to attend a cocktail party at the Trojan Horse, wearing his Troy costume and chatting with tourists, that could perhaps help,” he added, tongue-in-cheek. On a more serious note, Tan stressed that terrorism was the real problem plaguing Turkey’s tourism sector.

“Foreigners have come to see the Middle East as a land of terrorism,” Tan said. ”In promoting Canakkale, [suggesting] that the place is far from the Middle East and very close to the European Union could be rather effective.” Canakkale province straddles the Dardanelles Strait, with territory on both the European and Asian continents.

Judging by tourism statistics for recent years, resolving Turkey’s complex problems will take more than Pitt’s charm and Achilles’ biceps. While security concerns remain at the top of the list, scaring off visitors, the decrease in tourist spending in Turkey has emerged as another major factor fueling crisis in the industry. Cumhuriyet reported on Jan. 15 that the percentage of bad loans in the tourism sector increased from 3.5% to 3.9% last year, even though the overall numbers of bad loans decreased.

According to the Turkish Statistical Institute (TUIK), tourist spending per capita hit $850 in 2003, but has never returned to that level. In 2014, it got somewhat close, at $828, but then declined to $756 the following year and to $705 in 2016. Data for the first nine months of 2017 show that average tourist spending per capita has dipped even further, to $664. Of note, actual spending by foreign tourists is even lower, because the figures include Turkish expatriates, who visit home for extended summer holidays and usually spend lavishly.

The data for 2014 and 2015 offer a striking illustration of how an increase in the number of tourists does not necessarily mean an increase in revenue for Turkey. In 2014, some 41,415,000 foreigners visited, and tourism revenue totaled some $34.3 billion. The following year, the number of visitors hit a record high of 41,617,000, but revenue fell to about $31.5 billion. Why? Because tourist spending per capita fell from $828 in 2014 to $756 in 2015. The decline appears to be driven by Russians, who in recent years have become the largest group of foreigners vacationing in Turkey. Last year, Russian spending per capita stood at $690.

On a side note, Turks themselves have come to spend less on overseas trips. According to TUIK data, their spending stood at $640 per capita in 2016, down from $915 in 2009, the all-time high. In the first nine months of 2017, the figure plunged even further to $558, in what is perhaps another sign that Turkey’s spectacular economic growth rate last year at 6.5% has meant little to residents in real life.

For the Turkish tourism industry, last year did appear to bring some relief after a dramatic downturn in 2016, fueled by the coup attempt in July and fallout from the crisis with Russia after Turkey downed a Russian military jet in November 2015. According to Kurtulmus, the number of tourists eventually rebounded in 2016, increasing from 25.3 million to 32.4 million, and revenue was up as well, jumping from $22.1 billion to $26 billion.

Projections for 2018 include 36 million tourists and $34 billion in revenue, Kurtulmus said. Whether Pitt will contribute to meeting these targets remains to be seen, but the figures appear rather ambitious.

As a reminder, the producers of “Troy” chose to shoot the film in Malta and Mexico, leaving many in Turkey upset about the missed opportunity to promote the country and generate a potential boost in tourism. More than a decade later, Turkey is still pinning hopes on the film and Pitt.

How well the Hollywood star is equipped to promote Turkey is another question. In a 2004 interview with Hurriyet, he sounded surprised to learn that ancient Troy was not located on the Black Sea coast as he had thought.