Seeking to attract European and American filmmakers to Turkey, the Culture and Tourism Ministry has drafted a bill to meet 25% of the costs of foreign productions shot there. 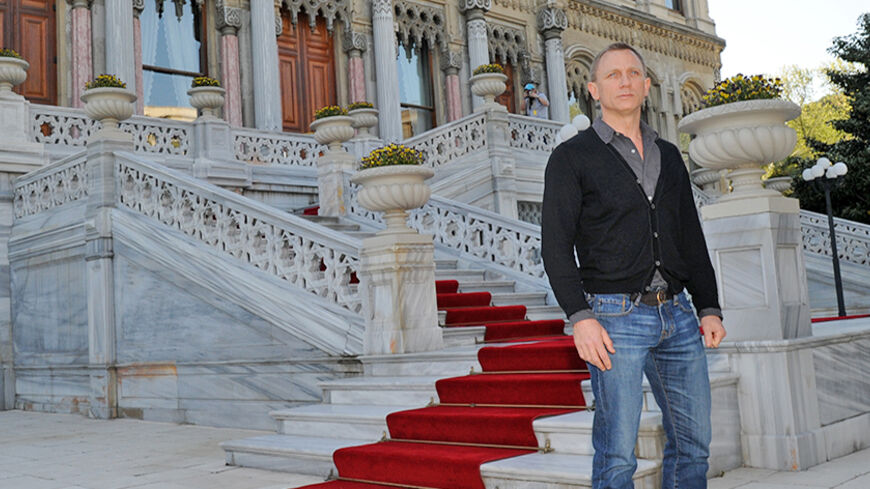 The Turkish Culture and Tourism Ministry has drafted a bill aimed at luring European and US film productions to Turkey. According to the draft, Turkey would meet 25% of the costs of foreign filmmakers who shoot their movies in Turkey. The hope is that drawing Hollywood producers and celebrity actors to Turkey will boost Turkish cinema.

The Finance Ministry has lent its support to the project, the bill for which is expected to be submitted to parliament this month. The Turkish media greeted the project with enthusiasm. “We pay the cost, you bring Brad Pitt,” the mass-circulation Hurriyet said in a playful headline addressing Hollywood.

Many countries offer tax exemptions to the cinema industry to promote international interest in their culture, literature, history and natural riches. Comments in the Hollywood Reporter by the British ministers of finance and culture on tax incentives for filmmakers reflect the positive role of cinema. They highlighted the anticipated impact of American big-budget movies and high-tech productions on Britain, including boosting infrastructure investment, producing high-quality productions and reducing unemployment.

The project to bring Hollywood to Turkey has also been inspired by progress in Turkish cinema, which marks its 100th anniversary this year. Turkish filmmakers have won a series of awards at dozens of film festivals. Among them are Nuri Bilge Ceylan, whose film “Winter Sleep” won the 2014 Palme d’Or, the top prize at Cannes, and has been nominated for a 2015 foreign-language Oscar.

Under existing Turkish law, joint productions of Turkish and foreign filmmakers are eligible for financial assistance if the local partner holds at least a 51% share in the venture. Joint productions that do not qualify as “Turkish films” are ineligible for assistance. Moreover, the assistance is limited to joint productions with partners from European Union countries. The new bill removes the condition that movies be classified as Turkish films to take advantage of incentives, meaning that European and US producers would be directly supported for movies shot in Turkey.

While drafting the bill, the ministry followed the examples of other countries, including Britain, Egypt, Germany, Malta, Morocco, Romania and Tunisia, which offer generous tax incentives to lure filmmakers, including tax refunds. Germany and Romania, for instance, offer tax refunds of 17% and 30%, respectively. The $80 million Oscar-winning Cold Mountain was shot in Romania. Meanwhile, Turkey missed the opportunity to host the shooting of "Troy" and "The Chronicles of Narnia," both blockbusters.

The Culture and Tourism Ministry expects foreign companies to have a positive impact on the Turkish film industry, boosting the quality and quantity of local productions and numbers in local cinema audiences.

In remarks to Al-Monitor, the Turkish film critic Esin Kucuktepepinar, who chaired the International Film Critics Jury at Cannes this year, welcomed the planned incentives, but said they should have been offered long ago. In addition, the draft bill’s objective to lure larger audiences to theaters is unrealistic and “ridiculous,” she said, pointing to fundamental problems in the Turkish film market and the government’s censorship policies.

“This is typical political rhetoric. The state of film theaters is self-evident. A real monopoly has been created in Turkey, with two big companies [dominating the market] and showing [only] certain types of films. Nuri Bilge Ceylan, Reha Erdem, Dervis Zaimoglu and dozens of other directors keep winning major prizes at international film festivals, but are unable to find theaters [at home] to show their movies,” Kucuktepepinar said.

“Politicians forget the most important thing: The country needs stability. People who would [consider] coming to shoot movies and invest money here will be looking to see if there is terrorism, if there is democracy, freedom and censorship. And that’s very natural. But Turkey is a country where even subtitles are being censored,” she said.

Kucuktepepinar also argued that attracting foreign filmmakers to Turkey would have little impact on helping the development of local cinema. “Bringing foreign productions to Turkey is a different issue. The problem in Turkey is the lack of budget and the film industry’s failure to develop. Turkey should first see where it stands in the world cinema distribution network. France, for instance, has a rather nationalist, if not a racist approach, but produces highly successful works. Romania has a good output despite a fascist administration. The United States has a terrific tax system,” she commented.

“The individual international achievements of Turkish filmmakers are failing to uplift the local film industry because the money that is being earned does not go back into the sector. Turkish cinema is not developing as a brand. There may be a common denominator emotionally, but there is nothing like the French New Wave, no joint investment drive. If one is to promote their cinema abroad, one has to consider all those factors,” Kucuktepepinar asserted.

Turkish movie theaters outside shopping malls are struggling to survive financially. Many of them have been sold or shut down in recent years, just like the theaters for private stage troupes. The draft bill includes a provision that would provide financial assistance for movie theaters showing local productions, but this seems to be too little, too late, given the closure of dozens of movie theaters across Turkey, including historic cinematic icons in the heart of Istanbul.