What role will Moscow assume in Yemen's civil war?

Russia is expanding its reputation as a mediator in various conflicts and could wield its influence in Yemen to bring both sides to the negotiating table. 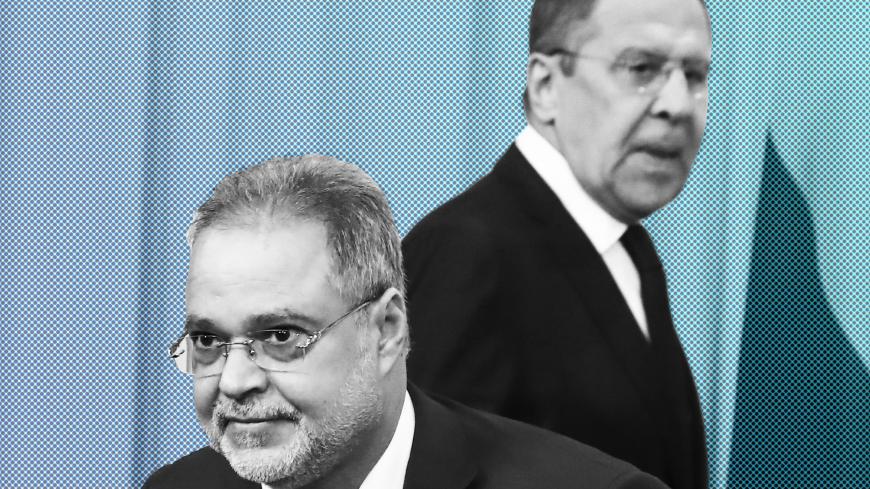 As separatists surrounded Yemen's de facto capital of Aden on Jan. 30, speculation grew about whether Russia would pick a side in the conflict or, in a more likely scenario, offer to intercede as a mediator.

Just a week before, Abdul-Malik al-Mekhlafi — who is both the Yemeni deputy prime minister and foreign minister — traveled to Moscow seeking Russian influence to stop Iran from supporting the Houthi rebels and interfering in Yemeni domestic affairs.

This remarkable visit emphasized a possible shift in Russia’s attitude toward the conflict in Yemen. In 2016, most analysts considered Russia’s stance as rather “pro-Iranian,” in support of the Shiite Houthi rebels who are fighting the Saudi- and UN-backed government in Aden.

Today, however, such a description of Russia's position seems rather detached from reality.

Russia's new approach might have been crystallizing since last summer, when Moscow finally agreed to accept a new Yemeni ambassador appointed by President Abed Rabbo Mansour Hadi. Moscow had rebuffed three previous attempts to produce an acceptable envoy. On a larger scale, a new level of Russian-Yemeni relations also reflects a Russian-Saudi rapprochement, evidenced by the Saudi king's visit to Moscow in October. The Dec. 4 killing of former Yemeni President Ali Abdullah Saleh might have been a final tipping point in Moscow’s choice of partners in the Yemeni conflict.

Moscow has been gradually stepping up its activity regarding Yemen largely because other international and regional players have moved to secure a permanent military presence in the strategic waters of the Red Sea and the Bab el-Mandeb Strait. Even distant countries, including China and Japan, have acquired their own military facilities there. Others include regional powers such as Saudi Arabia, the United Arab Emirates (UAE), Egypt and Turkey. Following reports in 2016 that Saudi Arabia was building a military base in Djibouti, and Sudan’s recent leasing of Suakin Island to Turkey, the UAE and Egypt ensured their military presence in Eritrea in early January.

In addition, Russia is keeping up with developments in Yemen — a key to the subregion — by trying to maintain contacts with all of the interested stakeholders, excluding terrorist groups. A source in Russian diplomatic circles told Al-Monitor that Moscow isn't ruling out the possibility of becoming more engaged with the peace process in Yemen. The last round of talks, held in 2016 in Kuwait, ended in a deadlock.

Previously, Moscow had based its major expectations on Saleh, whom Russia believed would be willing to compromise. Saleh was seen as the one able to provide guarantees about dividends for a Moscow-led mediation mission. Back then, in 2016, there was talk that Russia might establish military facilities in a postwar Yemen. According to the diplomatic source Al-Monitor spoke with, Russian contacts in Sanaa, Yemen's historical capital, also linked predominately to Saleh's people, including his General People’s Congress party. There were also contacts with the Houthis, but at a much lower level and scope.

There have been suggestions that Russia at that time tried to mediate between the ex-president and the Houthis. Moscow probably also considered mediation efforts to set up direct contact between Saleh and representatives of the UAE and the Saudis.

Saleh's death upset Russian calculations and left Moscow with no alternative but to start interacting with the Hadi administration and his sponsors in the Saudi-led coalition. But Russia, the Saudis and the UAE have continued to work with some of Saleh’s successors. On Jan. 26, Russian Deputy Foreign Minister Mikhail Bogdanov met with Ahmed Saleh, the son of the slain ex-president. Ahmed Saleh has been instrumental in maintaining contacts between the UAE and the Houthis.

Moscow reacted strongly to the killing of Saleh. Foreign Minister Sergey Lavrov said the Houthis became radicalized after the former president's death, which “complicates the situation in Yemen.” This position was reiterated at the latest joint press conference by the Russian and Yemeni foreign ministers. Lavrov called Saleh's killing a “grave crime” that was “plotted to derail efforts of peaceful settlement.” Following the killing in December, Moscow shut down its diplomatic mission in Sanaa and transferred its diplomats to Riyadh, where there already was another Russian mission working with the Hadi administration and led by the Russian ambassador to Yemen. Thus, the Russian diplomatic presence in Yemen boiled down to working with anti-Houthi forces.

That doesn’t mean, however, that Russia is closing the door on its dialogue with the Houthis. Moscow said it transferred its diplomatic operations from Sanaa to Riyadh for security reasons and not a change in its attitude toward the Houthis. Moreover, except for its comments on Saleh's slaying, Moscow is trying to refrain from tough rhetoric about the Houthis, hoping to encourage them to take advantage of Russia’s readiness to mediate in the conflict, to help reset the process. This, in turn, might help the Houthi movement preserve its position in Yemeni politics. Judging by the statements of some Houthi representatives, the movement itself is rather interested in keeping its contacts with Russia. They see Russia and Oman as the only relevant mediators capable of conveying the Houthis’ position to their opponents.

As for Iran, its leverage over the Houthis appears to be less than conventional wisdom suggests. Therefore, Mekhlafi’s mention of Iran as a “main negative factor in the Yemeni conflict” and its request that Russia exert pressure over Tehran on this issue fell flat with Lavrov.

The only area where Mekhlafi was able to present some evidence of Iran cooperating with the Houthis was in the production of ballistic missiles. Yet even if the supply routes for the missiles assembled in Yemen with Iranian spare parts were to be cut, it wouldn't be likely to change the situation on the ground. Missile launches on Saudi targets are exclusively meant to have a roaring public relations effect.

Making steps toward Hadi, Moscow is sending the Houthis clear signals that a window of opportunity will not remain open indefinitely and that their stubbornness on preconditions to resume the peace talks may isolate them even more and strip their movement of any prospect of legitimacy.