Twelve young Palestinian engineers built a racing car from scratch and will compete in the Formula Student Competition in the United Kingdom this summer. 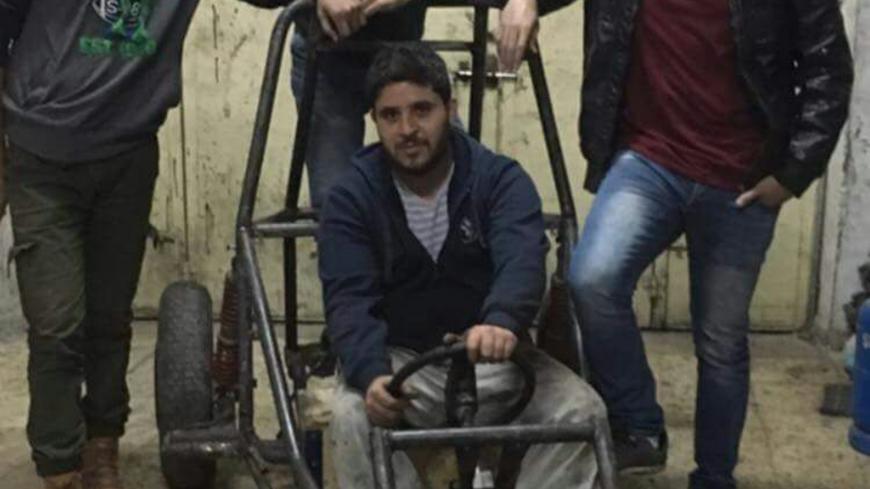 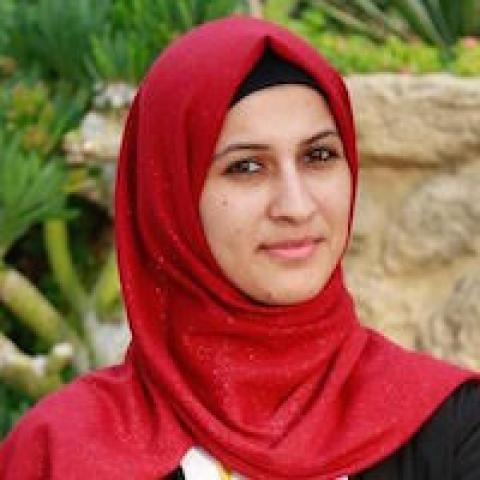 GAZA CITY, Gaza Strip — Twelve students of mechanical engineering at An-Najah National University in Nablus, the West Bank, have built the first Palestinian racing car from recycled materials to compete at the Silverstone racetrack in the United Kingdom, as part of the annual Formula Student competition.

The only Palestinian team taking part in the competition will be competing against some 130 rivals from countries around the world in July.

The Formula Student Competition kicked off in 1998 in the United Kingdom and is organized by the Institution of Mechanical Engineers in collaboration with the world’s largest automakers, where mechanical engineering graduates from all over the world compete at the highest level in design, manufacturing and mechanics.

The team is lead by Amira Tamam, who was a volunteer at the 2017 Formula Student competition and promised to return with her own team in 2018. Other members of the team are Karam Ghanem, Najeh Tabila, Hussam Habayeb, Mohammad Amer, Zayd Omri, Mahmoud Ghanem, Mutaz Katit, Ahmed Abu Jazar, Ahmad Behlok, Mohammad Abu Jazar and Mohammed Nassasira, who have worked hard to meet all the international standards to develop a racing car.

Abu Jazar, 22, told Al-Monitor, “We learned that the Formula Student Competition is an annual event that is open to everyone. We decided to run our plans to build a car for it and race in the United Kingdom by the university dean and head of the Engineering Department [at An-Najah National University], both of whom welcomed the idea. We immediately started working and looking for available spare parts on the Palestinian market.” The construction of their car will be part of their graduation project.

He said, “First we began with designing models to choose the most suitable one and then we began building the car from [recycled] materials and testing it for the market. We also marketed it among investors in order to find funding for our project."

The car was built in the West Bank and has a maximum speed of 140 kilometers (87 miles) per hour. The team did not buy a single new part because of the high cost, and all parts of the car are recycled. “The racing car we made is 100% Palestinian. We did not import even one item from abroad; all the materials were from the local market. The car has special features with a powerful engine and low fuel consumption. In case of an emergency, the driver can easily exit the car with the same system that ejects the driver from a Formula One car,” Abu Jazar added.

He said that for the chassis, they got used pipes from a local garage, rewelding them to the appropriate sizes. He said the team ran into several challenges in the process, including self-financing the project. In addition, the engineers had to take apart broken-down cars for spare parts and buy some of the second-hand parts.

Mohammad Amer, another 22-year-old engineer on the team, told Al-Monitor, “I am so proud that we were able to build this car from scratch with our own effort and money, without any help. We have so much talent and ability that can be tapped to finish projects and manufacture cars but we need financial and moral support to materialize our ideas.”

He said, “The manufacturing cost was about $5,000, which we paid for ourselves. This is a small amount to make a high-standard car that has qualified to participate in an international competition. But we did it. We are eager to represent Palestine abroad."

Amer said, “As per the competition’s specifications, the car must have a 700 cc engine and not weigh more than 300 kilograms [661 pounds]. We browsed the internet and watched many tutorials on YouTube to try to stick to the standards and specifications — and we did. We are now hoping that we will achieve our dream to win the first prize.”

The cars are assessed across a number of categories, such as cost, presentation, design and efficiency, before they race against one another.

In mid-July, six team members will head to the United Kingdom, one of whom will take part in the race. They will attend the award ceremony in Bristol on the final day, July 15.

by Murielle KASPRZAK and Joseph SCHMID | AFP | May 26, 2022
END_OF_DOCUMENT_TOKEN_TO_BE_REPLACED