Nine teams of Egyptian engineering students qualified for a mentorship program and funding to build their own designs and compete in Egypt's first electric vehicle competition. 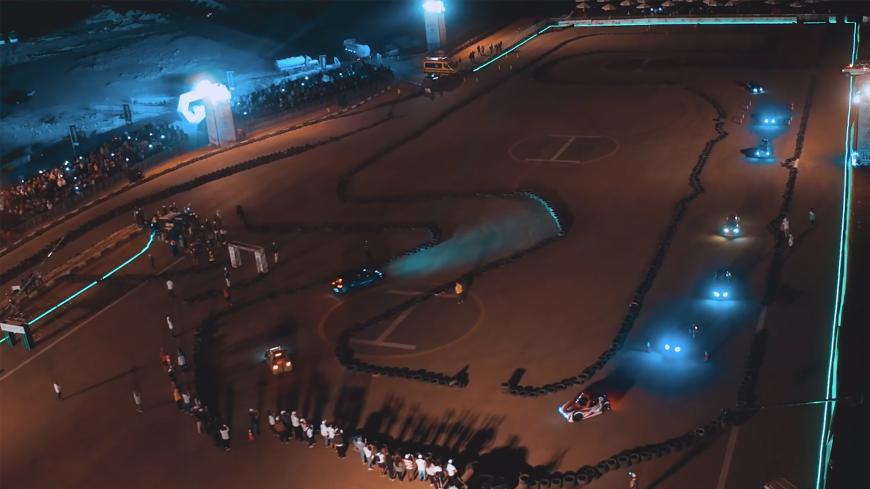 A screenshot from a video shows the competitors' electric vehicles during the Electric Vehicle Rally, Cairo, Egypt, Oct. 13, 2018. - Facebook/Electricvehiclerally

The idea for the rally, known by its catchy abbreviation, EVER, comes from the group of graduates of Cairo’s Ain Shams University, which established the ASU Racing Team in 2010. The organizers are also part of the ASU Faculty of Engineering innovation hub (iHub) and they have participated in electric vehicle (EV) competitions in Manila for the last six years. Since 2010, some 600 students at the university have participated in the construction of electric vehicles, some of which were tested in rallies and competitions abroad.

The team was eager to share this experience with other universities through an inter-university rally involving workshops and mentorship for engineering students that would give them the skills to build electric vehicles. The opportunity came when the Academy of Scientific Research and Technology (ASRT), which is part of the Ministry of Higher Education and Scientific Research, announced a tender last year for projects that would encourage development and innovation in the automotive sector.

Teams from nine different universities competed to build the best electronic vehicle and raced their creations in an Oct.13 rally in the country’s New Administrative Capital south of Cairo.

“EVER is one of the first steps to introduce [electric vehicles] and help evolve the automotive industry in Egypt,” ASRT President Mahmoud Sakr said at the rally. He added that the event showcased Egypt's strength in scientific research and the country's commitment to a local EV industry.

Initially, 26 teams of undergraduate students, representing the faculties of engineering at nine Egyptian universities, signed up for the rally and took a weeklong course in January. They submitted their designs at its conclusion, and 15 were chosen to compete in a final evaluation. A panel representing academia, industry and the media chose the best nine designs. Those designs received funding from ASRT to create an electric vehicle for the October competition.

The selected teams came from the universities of Ain Shams, Helwan, Kafr El Sheikh, South Valley, Suez Canal and Zagazig, as well as the Egyptian-Russian University, the Higher Technical Institute and the Military Technical College.

The teams set to work on designing their prototypes. They developed, built and tested the cars up until mid-September.

Hosny said the project also aims to increase awareness among Egyptians of clean technologies, explaining, “In Egypt, electric vehicles are not really accepted because people are afraid of new things, and EV are new — ‘Where would I fix it? Is it reliable? Why should I invest in it?’ We are trying to change this mindset.”

Few Egyptians use electric vehicles yet, but the government is keen to introduce them. In September it reduced customs on electric cars. Earlier this year, Egyptian Minister of Trade and Industry Tarek Kabil oversaw the opening of the country’s first new electric car charging unit, calling it the first step toward building Egypt's electric vehicle infrastructure.

Throughout the project, 10 ASU mentors presently working in the automotive industry or with experience in similar competitions advised the student teams. One of them, Mohamed Abdelshakour, told Al-Monitor, “At the beginning, we gave them a generic design for inspiration, based on which they could design their car. But they still needed mentorship every step of the way as they developed their own designs and built them.”

“From the beginning, they taught us the basics that you need to know to build a car,” Mostafa Makhlouf, a member of the team that won the rally, told Al-Monitor, adding, “It was very interesting because it was a competition in Egypt, where you don’t have a lot of automotive competitions. All of them are international.”

Tasneem Mohammed, another competitor from the Egyptian-Russian University, agreed, saying, “This is the first time that an electric vehicle competition has been held in Egypt, and it has been a great experience because I honestly got a lot of know-how from this project.”

On the day of the race, the nine teams took their vehicles through four tests to measure their cars' efficiency, speed, performance and endurance. The last was the longest test in which the cars had to complete 10 laps around the track, a 20-kilometer (12.4-mile) run.

“Today we are showing everyone in the world that Egypt is able to manufacture an electric vehicle,” Minister of Higher Education and Scientific Research Khaled Atef said at the press conference held on the day of the rally. He noted that at least 65% of the cars’ components were produced in Egypt, adding, “This is just the beginning.”

All the teams will keep what they produced to be improved next year, as the organizers intended for them to take what they learned back to their own universities and pass the knowledge on.

The organizers appeared satisfied with the results achieved this first year and encouraged to set more ambitious goals for next time. “[The teams] have made tremendous efforts after the academy. … Encouraged, they developed their design, learned more [and worked] as a team,” said Hosny, who added, “Hopefully next year we will start bringing in teams from abroad.”