Israeli politicians use supermarket law battle to shop for votes

Residents of the embattled city of Ashdod are fed up with the political fight between Israeli Defense Minister Avigdor Liberman and Interior Minister Aryeh Deri over forced store closures during the Sabbath. 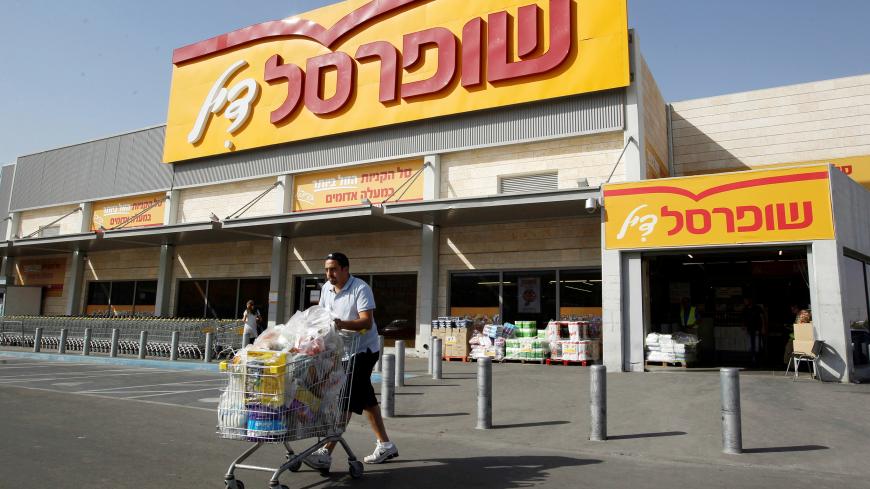 Israeli Defense Minister Avigdor Liberman and Interior Minister Aryeh Deri clashed on Twitter over the supermarket law a month ago. The argument over the law, which forbids shops from operating on the Sabbath and holidays, was quite polite. The two called each other “my friend.”

The two have indeed been friends for many years. They have cooperated on many political fights, such as the running of a joint candidate (Moshe Leon) to head the Jerusalem municipality more than four years ago, and have served together in several coalitions. On Jan. 20, this friendship ended.

A week earlier, Ashdod city inspectors, under pressure from ultra-Orthodox parties in the local town council, started fining businesses open on Saturday at the large shopping centers on the outskirts of the city. Shops at these centers have been open on Saturdays for many years and had never received citations. After the Knesset passed the supermarket law, ultra-Orthodox council members wished to see local businesses open on the Sabbath fined. Mayor Yehiel Lasri, who intends to run for another term at the end of this year, gave in.

For Liberman, the chairman of Yisrael Beitenu, it was an opportunity to prove to his voters that he knows how to fight for them. He arrived at Ashdod on Saturday morning with a large entourage, including Immigration and Absorption Minister Sofa Landver, who is a member of his party and a resident of the city. Liberman entered a mall where businesses had been fined and sat at a cafe. He bought some cheeses at the Tiv Ta’am store, known for selling pork sausages and for its many employees and customers from the former Soviet Union.

Among other things, Liberman told journalists who accompanied him, “This tension is the last thing we want among Israeli society. … Just as I respect those who go to synagogue on Shabbat morning, I expect that they will respect those who go out with friends for a cup of coffee.”

At the end of the Sabbath, Deri's response was harsh and swift. “I’m done with Avigdor Liberman,” he reportedly said to friends. “Liberman trampled the Sabbath, and this has crossed every line. Even the elder Lapid [journalist and politician Joseph Lapid, Yair's father], one of the greatest enemies of religion, didn’t dare do so. There are things that are beyond any personal friendship.”

Prime Minister Benjamin Netanyahu tried to calm the coalition-rattling clash and spoke with Liberman and Deri. “Netanyahu has no issues with me,” Liberman said this week in an interview with Haaretz. “I explained my motivations to him. I told him that I don’t seek to provoke, but this ultra-Orthodox activism can’t go on without a response from me. I, too, have voters to consider.”

The voters are indeed what worries Liberman, just like Deri. Polls preceding the Sabbath clash showed both of them lagging. Deri and Shas are teetering on the Knesset threshold with four mandates, and Liberman is doing slightly better with five.

The problem with such a clash between politicians is that it mostly harms the regular folks. Ashdod is a city with a quarter of a million residents that has absorbed many immigrants. About a quarter of its population comes from the former Soviet Union, about 20% are ultra-Orthodox and there are communities of immigrants from France and South America alongside native Israelis of Middle Eastern background — a true Israeli mosaic. The population is largely divided into discrete neighborhoods. Most of the shops open on the Sabbath are not in residential ultra-Orthodox areas but in shopping malls.

The city had lived for many years in harmony until now. Secular residents don’t like the change and are protesting against it. Local teacher Inna Forman stated at the event that a WhatsApp group she created brought more than 2,000 residents together to protest on Jan. 27.

“This is a struggle for the dignity of religion and for maintaining democracy at the same time,” one of the protesters told Al-Monitor on condition of anonymity. “We respect the ultra-Orthodox and will continue to do so. The people who stand here are private citizens who aren’t backed by any political body. This protest is not against the ultra-Orthodox; it’s against decision-makers in the municipality and the Knesset.”

He added, “I’m sure that if we sit down with the ultra-Orthodox and traditional residents of Ashdod without politicians, we will reach agreements and compromises for the good of the community and not for the elections.”

Knesset members Ksenia Svetlova (Zionist Camp) and Ilan Gilon (Meretz), who lives in Ashdod and once served as deputy mayor, also attended the protest. “Ashdod has been a city of inclusion since it was founded,” he said at the rally. “I’ve lived in a neighborhood next to a synagogue. Kids went to the synagogue and later to the beach. It was all accepted. Lighting candles for the Sabbath and then lighting a cigarette from the Sabbath candles. This coercion won’t be accepted.”

Not all the protesters appreciated the presence of politicians at the demonstrations. Mayor Lasri wrote on Facebook that he welcomes the civic involvement of residents, but “condemns in every way the attempts of political elements, on the local and national level, to make cynical, destructive and divisive use of the situation for their political benefit.”

Some Knesset members tried to establish a secular lobby to fight the new religious laws, but only lawmakers came to the first meeting: Svetlova, Tamar Zandberg (Meretz) and Omer Bar Lev (Zionist Camp). No one from Yesh Atid or Yisrael Beitenu attended, perhaps because they didn’t want to be associated with an opposition lobby and thus hurt their chances of forming a future government.

The Israel Hofsheet (Free Israel) movement is now gauging the readiness of the public to join the fight by crowdfunding to pay the fines of the shopkeepers open on Saturday. So far, within a week they collected 23,000 shekels ($6,700), almost half their goal. Director Uri Keidar is certain that a mayor who fails protect the unique balance of his city would find himself voted out in the coming election. Still, with ultra-Orthodox voting rates much higher than the average, Keidar’s assessment is dubious. For better or worse, there is no doubt of the central role of the religious-secular conflict in the Israeli election cycles.