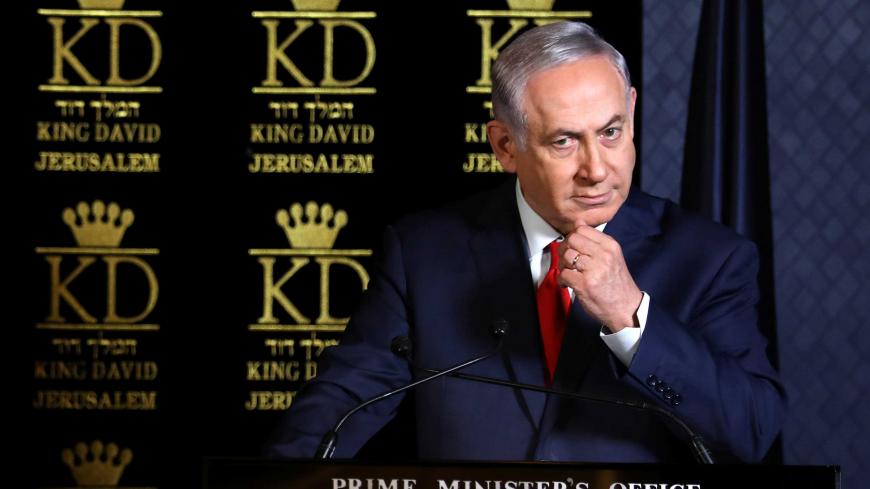 In September 2016, the fourth Netanyahu government was facing its first coalition crisis, with the ultra-Orthodox fuming over railroad maintenance work conducted on the Sabbath. A series of polls released at the time caused grave concern to the Likud, and especially to Prime Minister Benjamin Netanyahu. They showed that Netanyahu's orders to halt maintenance work on the Sabbath caused the Likud to lose precious seats, while Yair Lapid’s Yesh Atid was soaring at their expense. If elections had been held then, Yesh Atid would have emerged as the country's largest party.

The maintenance work caused widespread train disruptions on Sunday mornings. Images of soldiers unable to get back from their furloughs flooded the media, causing considerable unrest among the Likud base. Realizing how damaging this could be to him, Netanyahu came up with a compromise, which placated the ultra-Orthodox parties, while allowing for work on the railroads to continue on the Sabbath.

No one knows the heart of the Likud base better than Netanyahu. He is certainly aware that most of his supporters are traditional in their religious observance, but they also despise religious coercion. Most of all, they make use of supermarkets and entertainment places on the Sabbath. These are people who recite the kiddush over wine to usher in the Sabbath and, unlike the orthodox Jews, then turn on the TV before going out for a Friday night on the town or drive to the beach on Sabbath morning. Even those who are religiously observant oppose religious coercion, especially by the ultra-Orthodox.

A poll conducted in November 2017 by the nonprofit Hiddush for Religious Freedom and Equality, following another railroad work coalition crisis, found that the absolute majority of Israelis supports maintenance work on the Sabbath. This majority included those who describe themselves as traditional. The poll also found that some 65% of Likud voters supported the continuation of this maintenance work on the Sabbath.

These findings explain the unrest in the Likud in the past few weeks over attempts to ensure that the Knesset passes the supermarket law. On the other hand, the law would be a major achievement for the chairman of the ultra-Orthodox Shas Party, Interior Minister Aryeh Deri, with his voter base. It would grant him the authority as interior minister to forbid the opening of supermarkets on the Sabbath, despite contradicting municipal regulations.

Netanyahu is fully aware of the potential damage that this law could cause the Likud. Nevertheless, he prefers to pay the price to keep his coalition intact before the police announce their recommendations against him in the next few months. At first it seemed as if the law would pass with ease, but it has since run into serious obstacles due to the opposition of secular Yisrael Beitenu, under the direct orders of the party's chairman, Defense Minister Avigdor Liberman. And Liberman is not the only coalition member to oppose the law. Pockets of resistance have popped up in the Likud as well. In the end, it was decided not to bring the law up for a vote on Jan. 2, since it did not have a majority in the Knesset.

The second attempt to debate the law, which took place on Jan. 8, was no less raucous than the first attempt, in which Deri tried to get Knesset member Yehudah Glick of the Likud to leave the traditional shiva mourning period for his wife just so he could vote for it. Resentment of the law within the Likud gained momentum, when senior members of the party, including Knesset members and ministers, were inundated with furious WhatsApp messages from Likud heads of local authorities, who claimed that the supermarket law would be a serious economic blow to their cities and violate the municipal status quo.

The supermarket law caused Likud supporters to criticize Netanyahu openly. While their attacks were not aimed directly at the prime minister — instead they targeted Deri and the ultra-Orthodox — the message was clear. The Likud was shown in recent years to be an emasculated party, avoiding coming out against its leader. The current feeling among Likud activists and heads of local authorities is that Netanyahu is expecting too much from his electorate. In other words, surrendering to the ultra-Orthodox could cause them to lose the next election.

The mood was tense at the weekly Likud ministers’ meeting on Jan. 7. Ministers Ofir Akunis and Gila Gamliel warned of the electoral damage to the party, with Akunis calling support for the law a free gift to Lapid. Netanyahu responded with impatience and put a stop to the debate.

Netanyahu himself received warning signals from Likud heads of local authorities that asked him to stop the situation from spinning out of control. This group of mayors and council heads aligned with the ruling party is a major power base within the party, too. Many of them are veteran Likud members who control local branches and field offices. Two of the most prominent of these opponents are Mayor of Eilat Meir Yitzhak Halevi and Haim Bibas, the mayor of Modi'in-Maccabim-Re'ut and chairman of the Federation of Local Authorities.

In interviews with the media, Halevi announced that he would join the fight against the law. His town's economy relies on tourism, and this could deliver it a deathblow. Bibas, who was born and raised in the major Likud stronghold of Beit Shean, personally led the public struggle. Bibas is known to be politically close to Netanyahu, but in this particular case, even he felt that Netanyahu was going too far and threatened that the local authorities would take their opposition all the way to the Supreme Court. Anyone who has followed the internal dialogue within the Likud since the last election in 2015 knows that the claim made by Bibas that this is a terrible piece of populist legislation is actually an unprecedented attack on Netanyahu in Likud terms.

The vicious and ultimately failed attempt by coalition Chairman David Amsalem to have young Knesset member Sharren Haskel thrown out of the Likud underscores the intensity of the internal crisis facing the party. Haskel announced that she could not support the law, and that she would violate coalition discipline by abstaining. Even the argument that the coalition might not garner the necessary majority failed to persuade her; she held her ground and continued with her revolt despite the pressure by Amsalem and Netanyahu. By doing so, not only did she break through the barrier of anonymity in the media and win herself public attention, her fight also positioned her at center stage within the Likud, which will likely help her in the next round of primaries for the party's Knesset list. The fact that Amsalem has been attacking her, most likely with Netanyahu’s support, has made her a hero of the Likud's WhatsApp groups. Comments she made — such as, "[Likud movement leaders] Jabotinsky and Begin's values are the ones I swore to protect, not the whims of one minister or another, which create division among the people" — reflected what most Likud members were actually feeling.

Ultimately, the law was adopted by a narrow 58-57 majority. Netanyahu surely realized how damaging this would be, but refused to take the risk of having his coalition fall apart. He seems to be relying on the short memory of the public in general, and Likud members in particular. All that he can do now is hope that Deri will be satisfied with the achievement, and avoid using the authority given to him to force the law through. Otherwise, the harm caused to the Likud will be very real indeed.