With all of Iraq now liberated from the Islamic State, the elite Iraqi Counter Terrorism Service is shifting its focus away from large-scale battles. 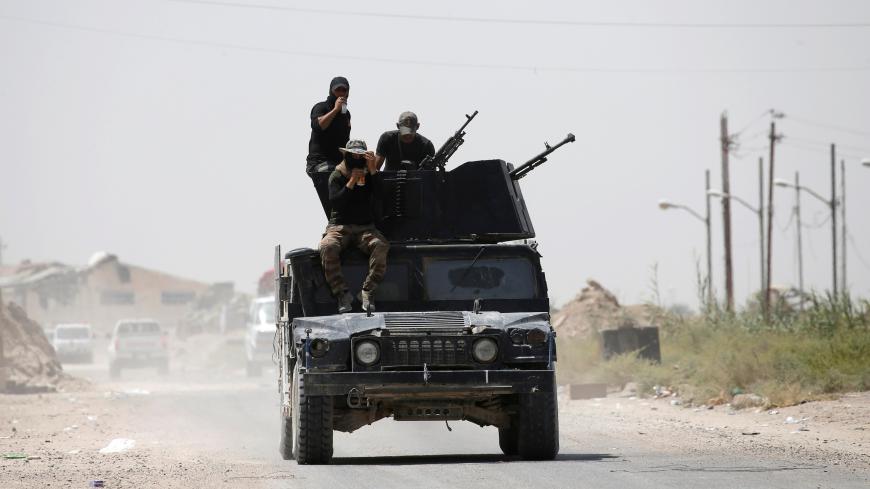 Iraq is backing off plans to more than double the number of its US-trained elite counterterrorism forces following heavy losses in the war against the Islamic State (IS).

Originally formed as an elite unit shortly after the US invasion of Iraq, the Counter Terrorism Service faced the brunt of the IS onslaught in Mosul, suffering a 40% casualty rate according to Pentagon estimates. That has led Counter Terrorism Service commanders to reassess efforts to recruit 20,000 troops over the next three years, US Marine Brig. Gen. James Glynn, the deputy commander for special operations in the US-led fight against IS in Iraq and Syria, told reporters at the Pentagon today.

“They’re getting right back to focusing on building their capabilities, and are less concerned with what number they need right now,” Glynn said. Iraq's counterterrorism forces “have a very deliberate plan to get themselves re-fit and refurbished and ready for any emerging threats. This week alone, they have had the opportunity to rotate some folks [out] … and get some well-deserved leave, and begin to focus on their training plan, and some of their equipment updates that need to be provided.”

The US-led effort has trained more than 100,000 Iraqi security forces since the beginning of the anti-IS mission in October 2014. That figure includes 14,800 anti-terrorism troops, an umbrella designation that includes the Counter Terrorism Service unit as well as other elite units, according to coalition figures published last month. A separate report by the Pentagon Inspector General found that 5,000 core Counter Terrorism Service forces have been trained since 2015.

With 75-80% of US operations in Iraq now focused on advising and assisting the Iraqi security forces, an estimated 5,200 American troops still on the ground are focused on getting the country’s nascent military and police units ready to conduct missions on their own. US-backed cooperation now focuses on intelligence and clearance operations, including efforts to clear improvised explosive devices designed to prevent civilians from returning home.

“We don’t accompany the Iraqi security forces hardly ever at this point,” Glynn told reporters. He said the US effort primarily aims to erode IS’ remaining capabilities, including the militant group's finances and branding. The United States has also curbed its air campaign against IS fighters, as the amount of weapon releases in December dropped to 584, the lowest level since the first month of the anti-IS campaign in Iraq and Syria in 2014.

Despite a recent uptick in fighting in Iraqi cities such as Tuz Kormato and Hawija, US officials are reluctant to call the remaining IS contingent in the country — estimated at perhaps less than 1,000 fighters — a true insurgency.

“I certainly look for those types of indicators, however, it’s just too soon,” Glynn said, citing a lack of coordination between disparate IS cells looking to gain recognition. “There are still remnants of [IS] who reside in a cellular structure who seek to bring instability into local areas, in particular population centers.”

As the Counter Terrorism Service shifts away from major combat operations such as Mosul and Tal Afar, they will seek to prevent IS from forming “into a network or something that could look like an insurgency,” Glynn said. For now, the elite unit will focus on stopping coordinated plots — such as a pair of suicide bomb attacks in a Baghdad shopping district on Monday that killed 38 people — especially as Iraq heads into national elections later this spring.

“What you saw in the double suicide vest attack in Baghdad,” Glynn said, “is a disruptive act on behalf of an organization focused on violence.”