Tehran's air pollution crisis is worsening as the Reformists who now control both the city's administration and the presidency do little to solve it. 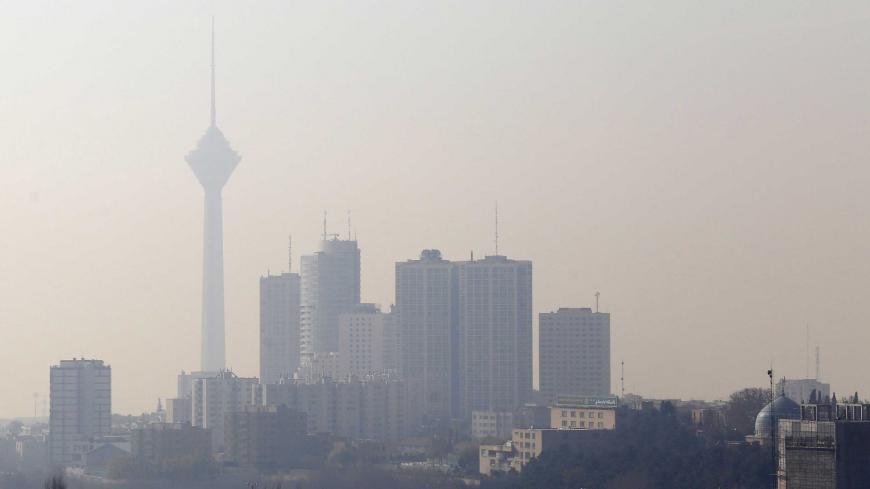 Iran's air pollution crisis, which claimed more than 4,800 lives in 2016, has become yet another area for scoring political points for both the Reformists and the Principlists, much like almost everything else in Iran. Ever since the Reformists took over the presidency and the capital city, they no longer criticize the administration or the municipality for not resolving the air pollution crisis. The matter has been forgotten and replaced by partisan attacks aimed at various Iranian political groups.

For the past decade, air pollution has been an increasingly common feature of Tehran during the months of December and January. On certain days, Tehran’s weather is a hazard to all age groups. Under the administration of President Mahmoud Ahmadinejad, he and then-Tehran Mayor Mohammad Bagher Ghalibaf took turns accusing each other of neglecting their responsibility to address the air pollution crisis. Ever since Hassan Rouhani was elected president in 2013, the Reformist media outlets have focused their criticism on the municipality's administration and Ghalibaf, who was still mayor last year. The issue came up during the televised presidential debates. In June 2013, Ghalibaf and Reformist candidate Mohammad Reza Aref accused each other of being responsible for the air pollution crisis.

Currently, both the municipality and the administration are under the control of the Reformists. The Reformist takeover has not only failed to solve the air pollution crisis in Tehran, it has further complicated matters. On Dec. 11, Tehran’s air quality index reached 122, a level hazardous to vulnerable groups, and it stayed there in the days that followed. On Dec. 19, it reached 151, which is unhealthy for all groups, and it hit 172 on Dec. 21.

When the administration does take action, the solutions are usually extemporaneous and limited to closing down schools or alternating permission to drive between cars with even and odd license plate numbers. The resulting criticism by the Principlists and their media outlets is vitriolic, despite the pleading of Isa Kalantari, one of Rouhani’s vice presidents and chief of the Department of Environment. According to Kalantari, “There is no practical solution to Tehran’s air pollution crisis. Our problem is the gasoline, [which is] 10 times more polluting than standard gasoline. The administration has no choice, for if we ground vehicles for polluting the air, the city’s transportation will stop. The gasoline is substandard and we are forced to choose between bad and worse. … We have to pray for the wind to come and carry away the pollution.”

But why does Tehran have a continuous air pollution problem? The head of the health commission of Tehran’s City Council, Zahra Sadr-Azam Noori, has stated, “Less than 3% [of Tehran's hazardous airborne particulates] are caused by automobiles and the other 97% is caused by trucks, buses, minivans and motorcycles.” She added, “According to the [current] Five-Year Plan, Tehran’s municipality is required to equip 8,400 diesel-powered vehicles with filters. So far, four years into the second plan, only 50 buses have been equipped with soot filters.”

On Dec. 23, a rumor started circulating in the Iranian media claiming that Tehran Mayor Mohammad Ali Najafi has a heart problem and left the capital for a weeklong vacation on Kish Island in the Persian Gulf, to much criticism from the Principlists. Although Najafi denied the rumor the next day, Tehran's' new mayor cannot claim he has done anything to solve the city’s air pollution crisis.

Of course, the criticism regarding the air pollution crisis has been for the most part limited to Principlist media outlets, as the Reformist ones preferred to stay silent.