Iranian President Hassan Rouhani continues to take political pressure for being unable to address three weeks of smog that has shut down schools. 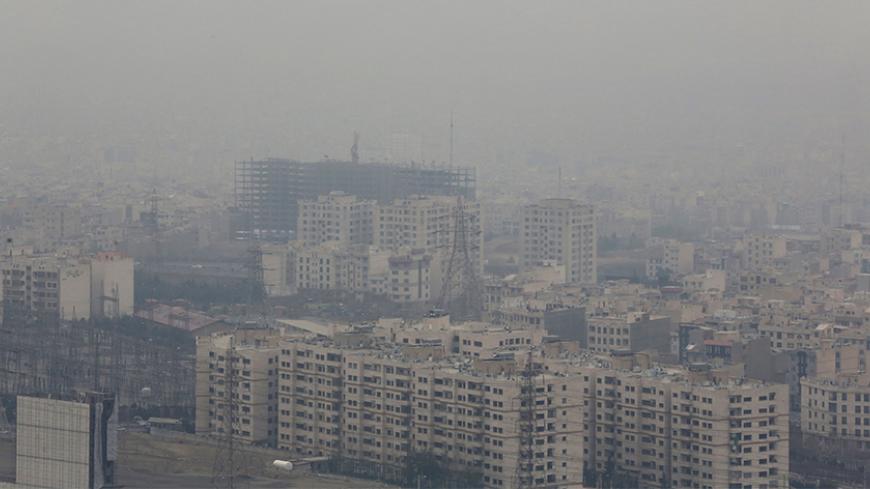 A picture shows a heavily polluted skyline as seen from western Tehran, Dec. 30, 2015. Exhaust fumes from the 5 million cars and almost as many motorcycles that ply Tehran's roads account for 80% of its pollution. - ATTA KENARE/AFP/Getty Images

After political pressure over air pollution that shut down the capital for multiple days in the month of December, Iranian President Hassan Rouhani announced short-term measures to combat smog.

At a Cabinet meeting Dec. 30, Rouhani said that air pollution impacts Iran every year and short-term solutions will not completely end the problem. However, due to the fact the impact of pollution has been more tangible in recent days, short-term measures are necessary in order for people to sense that there is progress on the issue.

Severe air pollution in Tehran has caused schools and government buildings to close a number of times since Dec. 19. The Air Quality Index has read as high as 162, whereas according to the World Health Organization the recommended level is zero to 50.

Mohammad Rastegari, deputy head of Iran’s Environmental Protection Organization for Monitoring and Supervision, said Dec. 29 that Tehran’s air was “unhealthy for all individuals.” Typically during heavy smog days Iranian officials recommend that children, the elderly and the ill stay indoors.

The president did not offer specifics of the measures that will be taken immediately, but he did call for alternative plans for tall buildings that trap the flow of air; for stricter supervision of government cars and public transportation vehicles that cause large amounts of pollution; for motorcycles to be grounded during high days of pollution; and for people to lower the temperature of their heaters a few degrees on cold days. While Rouhani did not address this, there have been websites designed to encourage and connect people who wish to carpool.

Whether or not the short-term measures have any impact, Rouhani has been facing increasing political pressure over the air pollution to hit Tehran. Mohammad Asghari, an environmental expert, told Jam-e Jam that if immediate measures are not taken, then current pollution levels will remain into the beginning of January.

On Dec. 28, 107 Iranian MPs warned Rouhani to “save the lives of the people against the air pollution.” Mehdi Chamran, chairman of Tehran's city council, said that 150 to 170 people a day have died prematurely as a result of air pollution.

Tehran Mayor Mohammad Bagher Ghalibaf said Dec. 30 that air pollution is the most fundamental challenge facing Tehran because it impacts the lives of all citizens. He criticized the Rouhani administration for having a reactive approach to air pollution, saying that the factors causing pollution must be put to an end.

According to Ghalibaf, automobiles cause 73-75% of the pollutants in the air. He said authorities know what is causing pollution and there are laws to confront it, but the problem is that officials do not implement the law. He blamed the administration for poor management in implementing the existing laws to confront air pollution, adding that he is “at the service of any official in the administration who wants to solve this problem.” Ghalibaf said that if no one wants to take responsibility for the air pollution, he is willing to accept responsibility.

Ghalibaf, who’s political ambitions to become president are no secret, said the air pollution crisis must not be politicized.