Iran’s Interior Ministry has issued a report on both the makeup of the Iran protests and reasons for them. 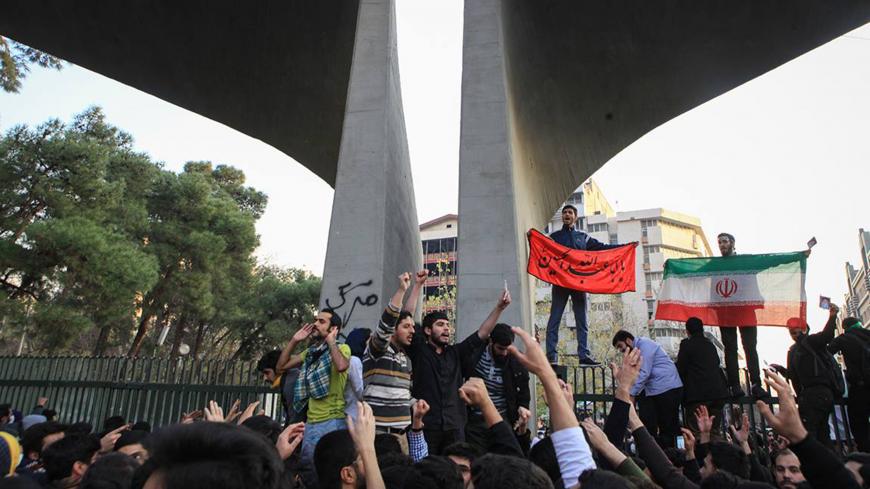 Less than a month after the biggest street protests since 2009 rocked Iran, seemingly out of nowhere and under no official organizational banner, officials and analysts are still trying to figure out the makeup and motivations of the demonstrators. Now the Interior Ministry deputy for security and law enforcement, Hossein Zolfaghari, has made an attempt at drawing conclusions with a report on the matter.

One problem with a report of this nature, given the various rumors that the protests started in the city of Mashhad at the direction of the political rivals of President Hassan Rouhani, is that many conclusions could be politically motivated. Zolfaghari tried to put such political motivations and ambiguities to rest in his report by stating, “The Interior Ministry’s report is based on expertly collected data and reliable information.” He continued, “This report is void of personal perceptions and partisan orientations.”

Zolfaghari listed three primary reasons for the protests. One was the actions of the country’s enemies, such as America and its allies in the region. A second was a decrease in public trust for various reasons, such as weaknesses in institutions and organizations in being effective and accountable. A third was “incorrect management of public opinion” and an increase in public expectations and demands as a result of unrealistic campaign promises made without taking into consideration the country’s realities and resources.

According to Zolfaghari, Iran's desire for stability and calm “neutralized the enemy’s goals for an armed conflict.”

The report said 59% of protesters had high school diplomas or less and 14% had college degrees; the educational levels of the rest were unknown. He said 84% were under the age of 35 and had no prior criminal activity.

Thousands were arrested as a result of the protests. Some died in prison; certain of these deaths are being termed “suicides.” Parliamentarians have demanded an investigation into the deaths and will visit Evin prison in Tehran on Jan. 28, according to Shargh Daily.

The recent demonstrations stood out from previous ones in that the slogans were much more severe toward the entire establishment, as opposed to the calls for reforms in previous protests. The names of Reformist leaders were not chanted; instead, many called upon the name of the son of the deposed Shah Mohammad Reza Pahlavi. These calls and harsh slogans caught Reformists by surprise and led to soul-searching as to the role of Reformists in Iran.

Saeed Hajjarian, often called the main Reformist theoretician, wrote an article about the recent protests and even the chants for the shah's monarchy. In an article titled “After Rouhani,” Hajjarian wrote that Rouhani’s political enemies in Friday prayers and state television portrayed the president as being unable to fix the country’s problems and in essence gave the command for the chant “Death to Rouhani.” However, Hajjarian wrote that Rouhani’s rivals had no one suitable to present as an alternative. Hajjarian indicated that the use of such a slogan, while at the same time offering no one as a replacement, meant that the chants would soon be aimed at the entire establishment and then ultimately a transition from the Islamic Republic to another form of government.

Hajjarian wrote that such a scenario transitioning out of the Islamic Republic would be “dark tunnel with no light.” He also added that those who chanted the name Reza Pahlavi had never lived under the shah's rule. Hajjarian, who will write a part two outlining ideas on how to address protest concerns, wrote that the foundations of the protests were still present despite the arrests and crackdown.