Erdogan: No extradition to US until Turkey gets Gulen

Turkey has announced it will suspend extraditions to the United States until Washington produces Muslim cleric Fethullah Gulen as US-Turkish relations continue to circle the drain. 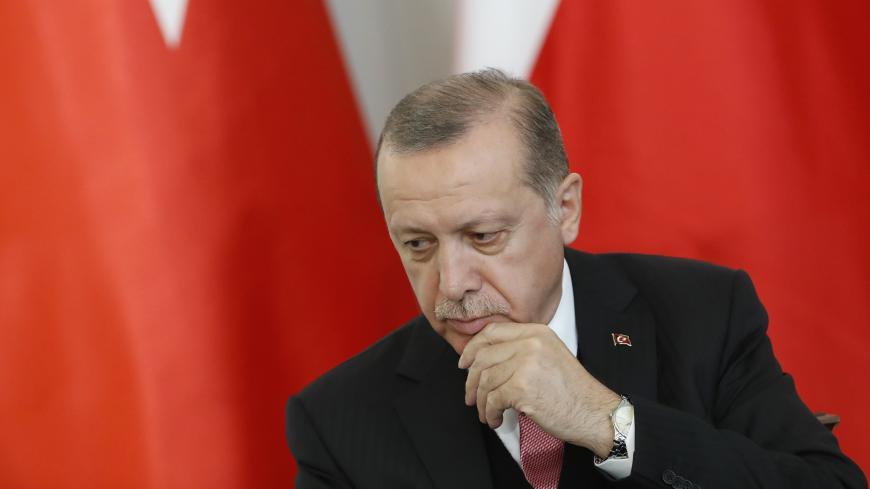 Turkish President Recep Tayyip Erdogan has stated that Turkey will not extradite any more suspects to the United States until Washington hands over the Muslim preacher who is accused of masterminding the failed 2016 military coup.

The ultimatum, delivered today during a meeting of administrators at the presidential palace in Ankara, is a further sign of the meltdown between the two NATO allies.

Erdogan said, “We have given the United States 12 terrorists so far, but they have not given us back the one we want. They made up excuses from thin air.” Erdogan was referring to Fethullah Gulen, the secretive Sunni cleric who has been living in self-imposed exile in Pennsylvania since 1999 and is a permanent resident of the United States.

Erdogan warned, “If you’re not giving him to us, then sorry, but from now on whenever you ask us for another terrorist, for as long as I hold office, you will not get them.” If Erdogan sticks to his threat he will effectively scotch a 1979 treaty between the United States and Turkey on extradition and mutual assistance in criminal matters that has been in force since 1981.

Turkey says it has provided reams of evidence proving Gulen’s culpability but has apparently failed to sway US officials, who in private say that while Gulen and his disciples may have had every motive to want to overthrow Erdogan, there is no “smoking gun.” None of this is news to Erdogan, so it remains unclear why he decided to up the ante.

Erdogan’s salvos come ahead of a trip by Jonathan Cohen, the US deputy assistant secretary for European and Eurasian affairs covering Cyprus, Greece and Turkey, to Ankara that is due to kick off Jan. 23. Cohen will take part in a first meeting of the newly established bilateral Joint Coordination Committee bringing together diplomats and justice officials from both sides.

A high-level US official told Al-Monitor that Cohen will discuss the “wrongful detention” of Turkish employees at US missions in Turkey and several American citizens over their alleged links to Gulen.

The official was referring, among others, to Metin Topuz, a Turkish national and veteran Drug Enforcement Agency liaison officer at the US Consulate in Istanbul who was arrested in October on charges that he was linked to Gulen. Hamza Ulucay, a translator at the US Consulate in Adana, has been in jail since February 2017 over alleged links to the outlawed Kurdistan Workers Party.

The Turkish authorities had intended to detain a second Istanbul Consulate employee together with Topuz. When the police failed to locate him, they detained his wife and daughter.

Amid the continued detention since October 2016 of the US pastor Andrew Brunson over the outlandish charges that he too was seeking to overthrow the government, Washington decided to take retaliatory action a year later, stopping visa services for Turkish citizens at all of its missions in Turkey.

Washington’s decision to resume services shortly thereafter came as a surprise because none of the consulate employees has been freed. Nor has Brunson, despite growing anger over his plight on Capitol Hill.

In a Dec. 28 statement, Washington said it had decided to end the visa ban because the Turkish government had provided “assurances” that its local employees would not be arrested for actions linked to their work. The move was seen as something of a capitulation.

There was widespread speculation that Washington reversed its decision on the grounds that it affected thousands of ordinary Turks who were not responsible for their government’s actions. US officials dealing with Turkey were divided from the outset on how far the visa sanctions should go.

An administration source familiar with how the visa saga unfolded denied reports that Philip Kosnett, then the deputy chief of mission at the US Embassy in Ankara, had opposed the halting of visa services. “He initiated them and kept them in place,” the source told Al-Monitor on condition of anonymity.

In a further twist, sources familiar with the administration's policymaking told Al-Monitor that should Turkey not free the consulate employees and Brunson, Washington will likely introduce targeted visa bans for Turkish officials. Cohen is likely to deliver this message during his trip, the sources claimed.

Further tensions loom with the punitive fines likely to be slapped on Turkey’s state-owned Halkbank over its role in a multibillion-dollar scheme to evade US sanctions against Iran. On Jan. 4, a New York federal court found Halkbank executive Mehmet Hakan Atilla guilty over his alleged role in the affair. Erdogan described the verdict as “a political coup attempt.” The jury is expected to deliver a final sentence for the imprisoned Turkish official in April.