Cairo's proposal to bring in the World Bank as a neutral intermediary in the Renaissance Dam negotiations with Ethiopia and Sudan is a serious attempt to overcome obstacles and influence the international community. 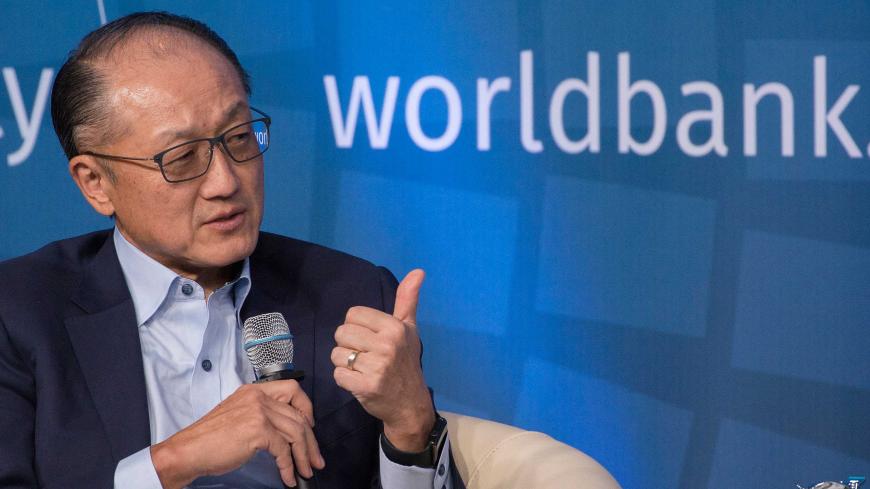 CAIRO — Egypt is awaiting Ethiopian and Sudanese reaction to its proposal that the World Bank mediate negotiations on the controversial Grand Ethiopian Renaissance Dam (GERD).

Egypt wants the World Bank to serve as a neutral party in the country's lengthy but fruitless negotiations with Ethiopia and Sudan over the dam's construction. Egyptian Foreign Minister Sameh Shoukry proposed the idea during a Dec. 26 meeting with his Ethiopian counterpart in the latter country's capital, Addis Ababa.

Cairo fears the upstream dam at the head of the Blue Nile will interfere with its critical water supply from the Nile River. Ethiopia wants water to satisfy its need for electricity. Sudan, which wants more water for agricultural purposes, stands to benefit from the dam and has sided with Ethiopia on most issues.

The negotiations are stalled, but construction is humming right along. Ethiopia has already completed more than 60% of the $4.8 billion mega dam, despite disputes over its environmental impact and basic technical issues — topics that ideally are resolved before construction begins on such projects. Frustrated with the lack of progress despite years of debate, Egypt pulled out of the tripartite negotiations in November.

Now, by recommending the World Bank as a fourth impartial party, Egypt seems to be putting on the table a possible diplomatic solution to the dispute. It also would create a wider audience for Egypt's grievances and perhaps pressure Ethiopia and Sudan.

“Seeking the help of the World Bank falls within the scope of a diplomatic campaign initiated by Cairo," an Egyptian official in charge of the Nile water issue told Al-Monitor on condition of anonymity. "This would allow Egypt to expose the stalled negotiations and disclose Egyptian concerns before the international community. The participation of World Bank experts in the negotiations will add transparency and unveil any attempts by Ethiopia or Sudan to derail the GERD impact studies.”

Egypt, Sudan and Ethiopia had hired two French consultancy firms in September 2016 to conduct a technical study on the likely hydraulic, environmental, economic and social impacts of the dam on Egypt and Sudan. The study was to be completed in 11 months.

A year and a half have elapsed and the parties are still disputing the basic introductory technical report, with officials unable to agree even on which scenarios to study.

“Egypt remains convinced that direct negotiations with Ethiopia are the shortest way to reach guarantees easing Egyptian concerns over water storage in the dam. But this approach still needs external support for the Egyptian position,” the Egyptian official added.

Hoping this matter will be resolved during the expected visit of Ethiopian Prime Minister Hailemariam Desalegn to Cairo this month, he said, “We have yet to receive any reply from Sudan and Ethiopia on the World Bank recommendation. But the World Bank has expressed its initial willingness to act as mediator in the negotiations.”

The GERD agreement in the Declaration of Principles, signed by all the parties in 2015, states: “The three countries commit to settling any dispute resulting from the interpretation or application of the declaration of principles through talks or negotiations based on the goodwill principle. If the parties involved do not succeed in solving the dispute through talks or negotiations, they can ask for mediation or refer the matter to their heads of state or prime ministers.”

Hani Raslan, an expert on Sudanese affairs at Al-Ahram Center for Strategic Studies in Cairo, told Al-Monitor, “Ethiopia’s stalling in the GERD negotiations is contrary to the rules of international law. Involving the World Bank as an impartial international mediator will pave the way for solutions. … This will protect the interests of the downstream countries."

He added, “Refusing the World Bank as a mediator would unveil Ethiopia’s policies of intransigence against Egyptian interests and its intention to disrupt negotiations to gain more time to complete the dam construction and store water. … Ethiopia wants to continue imposing a de facto situation.”

Safwat Abdel-Dayem, the secretary-general of the Arab Water Council, told Al-Monitor, “The World Bank has a wealth of experience in Nile water-related issues. Its presence as a neutral party will be in Egypt's interest because it will act as an eyewitness to Ethiopia's departure from the negotiation path set by the Declaration of Principles.”

Al-Monitor spoke with Ana Elisa Cascao, an independent researcher on Nile hydropolitics and editor of “The Grand Ethiopian Renaissance Dam and the Nile Basin: Implications for Transboundary Water Cooperation.” Asked whether the World Bank has the experience and could be a neutral third party in the negotiations at this stage, she said, “The question is not if the World Bank has the experience or credentials to be a mediator, but rather if there is a logic for third-party intervention at this stage. Because a golden rule for successful mediation is that it must be requested and carefully mandated by all parties involved.”

She told Al-Monitor, “Any GERD-related conciliation or mediation procedures must be in line with Article 10 of the Declaration of Principles. There are clear joint procedures to be followed, but only in case of disputes and when all other means have been exhausted. Divergences in technical studies should be dealt with at the appropriate level.”

She said the negotiations have always been driven by three equal sovereign states, and she asserted that much progress has been achieved in past years. “The three countries will successfully lead the talks to reach an agreement on filling the dam, which is the most pressing issue," she said.

Ethiopia has said it could begin filling the dam this summer.

Salman Mohammad Salman, a former water law adviser to the World Bank, told Al-Monitor, “The World Bank is the most suitable and competent [entity] to mediate the GERD negotiations and other disputes over the Nile waters. But the World Bank cannot intervene upon the request of Egypt alone. All three parties — Egypt, Sudan and Ethiopia — must request its intervention.”

He explained that the World Bank has played a key role in the Nile Basin Initiative, which was formally established in 1999. He added, “The World Bank also facilitated the negotiations on the Nile Basin Cooperative Framework Agreement (CFA). But the World Bank dropped its Nile water-related efforts after disputes over water security issues [pitted] the upstream states that signed the CFA in May 2010 against the downstream countries that still reject it.”