The Egyptian government has launched a fundraising campaign to complete Giza's Grand Egyptian Museum, work that has been delayed for more than two decades. 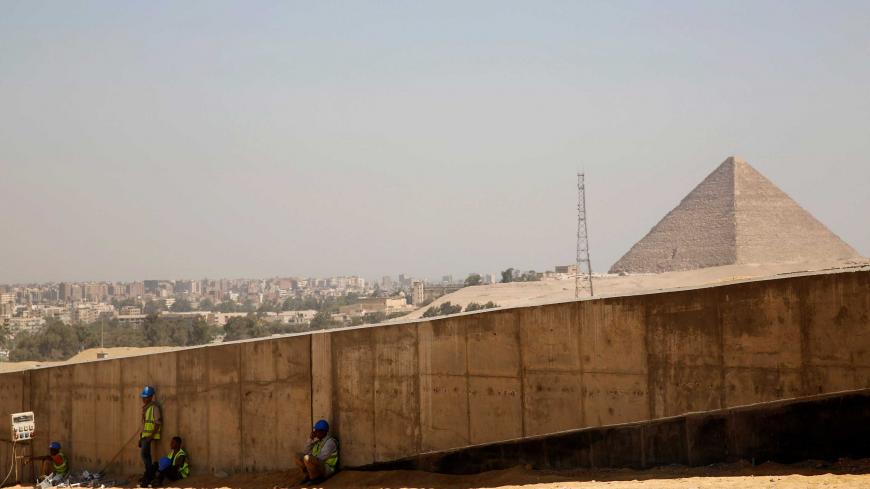 Workers rest at the site of Grand Egyptian museum, under construction near the Giza Pyramids on the outskirts of Cairo, Egypt, Aug. 21, 2016. - REUTERS/Amr Abdallah Dalsh 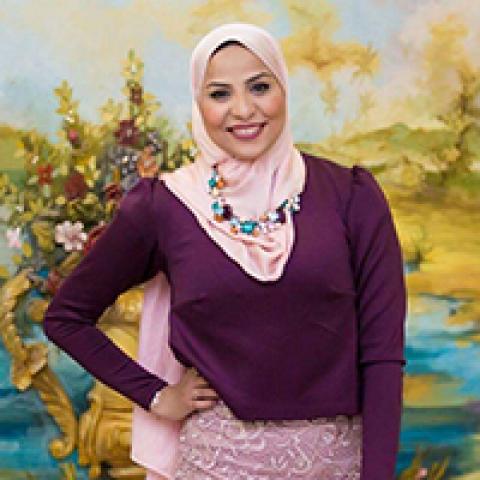 CAIRO — The Egyptian Ministry of Antiquities has launched a donation campaign to finally complete construction of the Grand Egyptian Museum, whose opening has been delayed nearly two decades.

Tarek Tawfik, general supervisor of the Grand Egyptian Museum, told Al-Monitor by phone that other major international museums rely on fundraising campaigns for construction and preservation costs. The campaign launched Dec. 28, and two bank accounts were opened with the Central Bank of Egypt, one in dollars and one in euros.

Tawfik said that after construction is complete, the donation campaign will continue, to raise funds to preserve the museum and its 117-acre campus located a few miles west of Cairo near the Pyramids of Giza.

In 1992, the Egyptian government announced it was beginning construction on the museum. The cost then was projected at $550 million; now it's estimated to exceed $1 billion. That figure includes the concrete and metal structures along with some other expenses, but only part of the interior finishes and the floors in the outer areas. Minister of Antiquities Khaled al-Anani told Al-Monitor in a 2016 interview that work on the museum was “delayed more than once, due to the January 25 Revolution in 2011 and subsequent chaos.”

Japan has loaned Egypt $750 million for the project.

Tawfik said the idea of soliciting donations isn't new. In April 2013, the Ministries of Antiquities and Tourism signed a memorandum of understanding with the Egypt Hotels Association to launch a fundraising campaign for the museum. The agreement called for all Egyptian hoteliers to add a suggested and optional $1 per night to tourists' bills, to a maximum of $7 per stay.

However, this campaign eventually failed after the Russian plane crash in October 2015, which dealt a serious blow to the tourism sector in Egypt.

Tawfik said that the campaign will be promoted through advertising, including online ads sponsored by the Ministry of Antiquities. He added that the Grand Egyptian Museum will open during the second half of 2018.

On Dec. 28, US tourist John Robert Massi made the first donation to the new campaign, giving $1,000 toward the museum's construction. He was astonished by the scale of the construction site, telling Youm7 he had never seen anything like it before. Egyptian officials expect the museum to be the largest archaeological museum in the world. A Jan. 2 CNN report included the Grand Egyptian Museum and its distinctive architecture among the world's most anticipated buildings in 2018.

The fundaising campaign hasn't been as warmly welcomed by everyone in Egypt. According to archaeologists who spoke to Al-Monitor, this campaign is the product of the failure by both the Ministry of Antiquities and the Egyptian government to complete the first stages of building the Grand Egyptian Museum.

Mohammed al-Kahlawi, secretary-general of the Arab Archaeologists Union and a professor of architecture and Islamic archaeology at Cairo University, said that resorting to donations to finish construction is an insult to Egyptians and proof of the Egyptian government’s failure to complete even the first stages of construction.

Kahlawi, who is also chairman of the Islamic Architecture and Arts Committee at the League of Islamic Universities, also told Al-Monitor the Ministry of Antiquities shouldn't be in such a hurry to settle for a partial opening of the museum, but rather take its time to complete construction for a grand opening.

In November, Anani said the Ministry of Antiquities is suffering economically. Salaries for its 37,000 employees amount to 92 million Egyptian pounds ($5.2 million), and the ministry now owes the Egyptian government 6 billion pounds ($338.7 million). Tourism has lagged significantly in recent years, and Anani hopes to rebuild the ministry's resources with numerous exhibits planned in the Gulf, raising ticket prices and other efforts.

Ahmed Amer, an archaeological researcher at the Antiquities Ministry, said the donation campaign likely won't succeed, unhappily noting that many countries, most recently the UAE, establish major museums without asking for donations. He told Al-Monitor similar past efforts in Egypt have been unsuccessful, such as the failure to buy the Sekhemka limestone statue.

In August 2015, Mamdouh al-Damati, then minister of antiquities, called for “Egyptian civilization enthusiasts to lead an international fundraising campaign to raise 15.8 million pounds sterling [$21.7 million]” to match the bid of an undisclosed buyer at a foreign auction. The campaign was a complete failure as no donations were made. The 4,000-year-old statue is believed to be in the United States.

On Dec. 20, the Ministry of Antiquities officially announced that the partial opening of the Grand Egyptian Museum is scheduled for 2018 and the statue of Ramses II is scheduled to be transferred from storage to the Grand Museum's Great Hall this month.

Amer said donations can never cover the large amount of money the museum needs, adding that he, like Kahlawi, rejects the idea of a partial opening, as the museum has already been under construction for more than two decades. 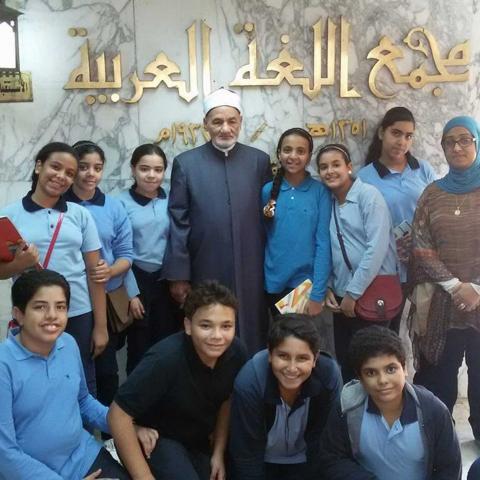