23 years and millions of dollars later, will the Grand Egyptian Museum ever open?

The Grand Egyptian Museum project has been stalled since its announcement in 1992, although the Egyptian authorities believe the museum will boost tourism. 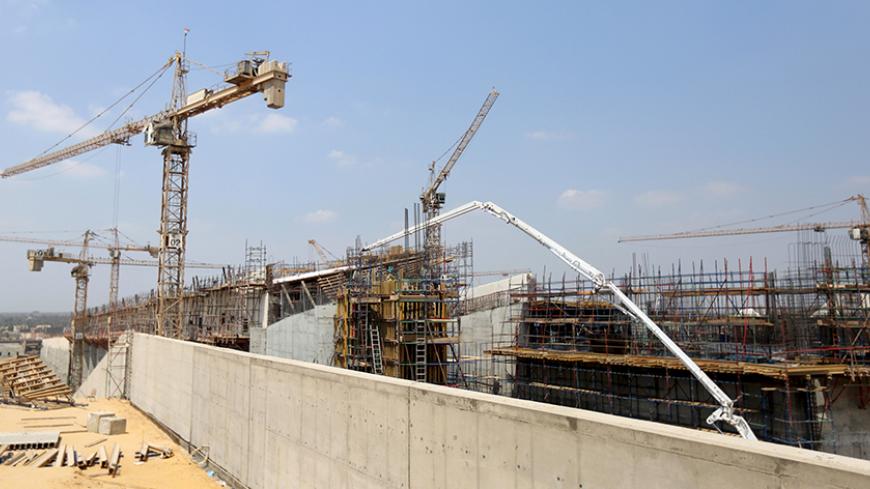 CAIRO — In 1992, the Egyptian government announced the launch of a project to establish the Grand Egyptian Museum near the pyramids of Giza, in cooperation with the Belgian BESIX Group. The museum would cover a surface area of 117 acres, at an estimated cost of $550 million and a capacity to hold 100,000 archaeological pieces, making it one of the most prestigious museums in the world.

It was to be an unparalleled archaeological site that would send a message to the world that Egyptians value construction, civilization and heritage, instead of supporting destruction. The museum would house 100,000 pieces from Pharaonic, Greek and Roman eras, and it would expand the Egyptian job market by creating real employment opportunities for the youth and by reviving the tourist industry. With these words, the government launched its marketing campaign for the project in early 1992.

On Jan. 10, 2012, two decades after the museum project was announced, former Minister of Antiquities Mohamed Ibrahim made a press statement to explain the delay in opening it as scheduled in mid-2012. He also announced that the cost of completing the museum increased by $150 million, due to the economic recession Egypt witnessed as a result of the revolution, thus reaching a total of $700 million — a sum the government was unable to secure.

Ibrahim said that the delay was due to the security chaos in the country in the wake of the January 25 Revolution, and he asserted that the museum would open its doors in 2015, at the latest. However, this was later refuted.

Current Minister of Antiquities Mamdouh al-Damaty made statements to the press on Aug. 14, 2014, announcing that the inauguration would be put off until early 2018. He admitted that problems with funding and its shortfall are hindering the opening on the scheduled date.

An archaeologist at the Grand Egyptian Museum, Saeed Mohammad, told Al-Monitor that the real reasons behind the delay stem from serious negligence indicating that the Ministry of Antiquities and the museum management do not realize the importance of this extensive site.

Mohammad said, “In June 2009, the Ministry of Antiquities bought an X-ray machine designed to the specifications of the museum’s management to be used for technical purposes to examine the pieces. The machine cost 7 million Egyptian pounds [$893,837]. Although this machine needs a special control room with certain technical specifications to avoid exposing the renovators and archaeologists to [the risk of radiation-induced] cancer, the museum’s administration refused to build the room and left the machine unused.”

He added, “Another device called the scanning electron microscope costs 9 million Egyptian pounds [$1.1 million] and aims to analyze samples of antiquities to technically examine them and determine their type. Years ago it broke and it wasn’t fixed. I was chosen to work at the Grand Egyptian Museum 12 years ago; I worked at the ministry before that. Throughout these 12 years I dreamt of seeing this huge project come to life. But I became frustrated because the minister would give a new date for the inauguration every time and it would be delayed. I lost hope in completing this project.”

Mohammad blamed the delay on “bureaucracy and extreme negligence in the museum department at the Ministry of Antiquities.” He asks of the Egyptian government “to give more attention to the project and consider it part of Egyptian national security, as it affects the economy and Egypt’s image in the eyes of the world.”

Tarek Tawfik, general supervisor of the Grand Egyptian Museum project, told Al-Monitor, “The X-ray machine does not work and its cost has gone to waste because the rays that it emits are stronger than the place needs. There are currently negotiations to transfer it to another institution in the country that could benefit from it.” He did not specify which institution could benefit from the machine.

Tawfik added that the scanning electron microscope was out of order, but is now fully operational.

To avoid bureaucracy and negligence, former Minister of State for Antiquities Affairs Zahi Hawass, suggested in an interview Jan. 30 to put the Grand Egyptian Museum under US or British management to overcome governmental bureaucracy that has put the inauguration on hold for years.

Tawfik discussed with Al-Monitor the reasons behind the delay and the problems facing the museum and said, “The cost of establishing the museum was divided into two parts — a Japanese loan worth $300 million and another part that the Egyptian state would pay. But the chaos in Egypt led to an increase in the cost, and it became more difficult to provide resources in light of the economic recession and a decline in tourism."

He added, “As a result, we had to take it slow, but we are still committed to opening the museum partially in mid-2018. This part includes a large stadium, Egyptian sculptures and the complete Tutankhamun collection. This is a first of its kind, and it will attract tourists from around the world.”

Regarding the Japanese loan, Tawfik said, “So far, Japan has not approved another loan. We are still negotiating in order to complete the museum.” He asserted that in case Japan rejects the request, there are other offers from many other countries, without mentioning which ones. Tawfik did not disclose the loan value that Egypt needs.

It is worth noting that the project was not put up for bidding, but Japan proposed funding the project.

He added that in case Japan does not provide the necessary funding, the government will launch a global donation campaign to contribute to building the museum, which will serve the entire world, not just Egypt.

At the end of the conversation, Tawfik said, “The Ministry of Antiquities and the Egyptian government are determined to move forward with this global project. The ministry will not spare any efforts to inaugurate the museum on the set date with no further delays.”