Gulenists speak out at last

A group of young academics who have been in or close to the Gulen community are speaking out publicly, daring to question others' blind allegiance to their imam. 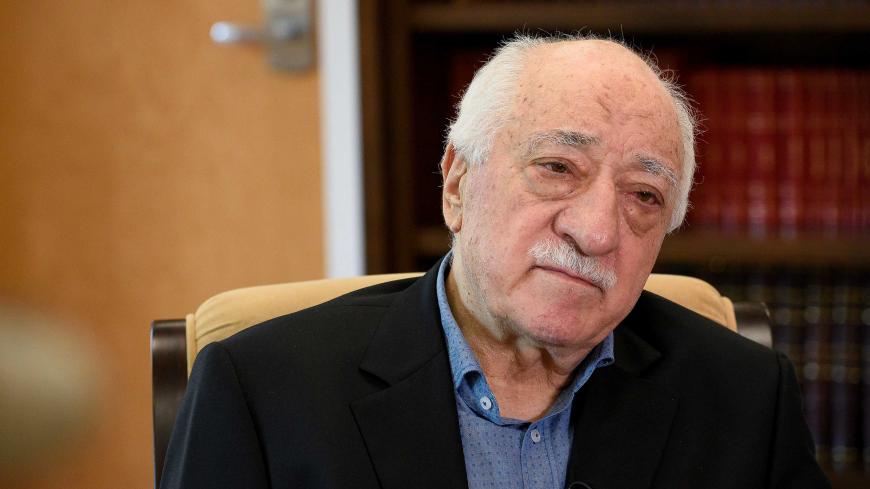 To many outside observers struggling to make sense of Turkey, the most puzzling actors in the political scene are the Gulenists: the followers of cleric Fethullah Gulen, who has been living in self-imposed exile in Pennsylvania since 1999. The group defines itself as a service movement dedicated to innocent goals such as education, charity and interfaith dialogue. In a bewildering contrast, however, the government of President Recep Tayyip Erdogan defines the whole group as a “terrorist” network, calling it the “Fethullah Gulen Terror Organization” or “FETO.” It also claims that the group is behind almost every single trouble Turkey has faced in the past five years, from the failed coup in July 2016 and the murder of the Russian ambassador to Turkey to terrorism by the Kurdistan Workers Party and even the Islamic State.

Of course there is also a third view in Turkey, one critical of both the Erdogan government and the Gulenists. This view defines them as two Islamist powers that first used their alliance to capture the state from secularists, and then fell into a Machiavellian power struggle among themselves. Gulenists in this view are not the innocent victims they pretend to be, but neither are they a cosmic evil that explains away every misdeed by the government.

This third view was recently promoted by a group of young Turkish academics who were once members of the Gulenist community but apparently outgrew it. On a new website, www.kitalararasi.com (which means “intercontinental”), they have posted a series of articles that take a critical line against the Gulen community and even Gulen himself, breaking a long-standing taboo.

One of them is Ahmet Kuru, a professor of political science at San Diego State University. On Oct. 23, he posted an article titled “Leaders, Principles and the Problem with the Example of the Prophet.” The article, in line with the general tone of the website, is a reasoned critique of the common political culture in the Muslim world that calls for obedience to authority.

Kuru began by reminding readers of how Malcolm X became disillusioned with the Nation of Islam when he realized that its leader, Elijah Muhammad, justified his lustful affairs with references to the Prophet Muhammad. According to Kuru, this was just one of many examples of “the three problems in the relationship between Muslim leaders and their followers.” He explained, “First, the leader does not see himself as bound by general principles. Second, the followers value obedience rather than general principles, and third, the example of the prophet is used to justify this problematic relationship.”

If the argument remained confined to the theoretical realm, it would be less interesting. But Kuru went on to analyze the relationship between Gulen and his followers. Gulen has been using such examples too often, he argued, most recently to explain the trauma that his followers are going through during the anti-Gulen purge in Turkey. The practice inhibits “criticism of decision-making in the community,” Kuru added, and leaders who bring failure to their communities must “be held accountable and must resign.”

His words are a thinly veiled call for Gulen to resign from the leadership of the Gulen community. It was shocking to those still obedient to Gulen, and they responded with fury. In an article titled “Thoughts, Observations after Ahmet Kuru’s Article,” author Gokhan Bacik not only defends his friend against many Gulenists who condemned him as “ignorant,” “stupid” or a “fake academic” but also advanced the criticism of the Gulen community.

Accordingly, not only is Gulen flawed, but his followers are under the illusion of “community exceptionalism.” They think of themselves and their leader as extraordinary figures immune to criticism. Bacik argued that their self-righteousness is something very ordinary, “an underdevelopment problem typical in the Middle East.”

Soon, another writer, Savas Genc, joined the discussion. Genc argues that the Gulen community wasted the “credit” given to it by many circles in Turkey as a civil actor focusing on education, charity and dialogue. When the movement became obsessed with capturing the state, it brought on itself distrust and ultimately wrath. The solution, Genc argues, is to restructure the group’s decision-making by taking it away “from the hands of a person or an oligarchic group … to consultation, as in real civil society.”

The articles are in Turkish, but a new article in the Montreal Review raises similar themes for English readers. In “Islam and Democracy In Turkey: Analyzing the Failure,” Kuru blames all major political actors in Turkey — quite rightly, in my view — for “the breakdown of democracy.” What he says about the Gulen community is particularly interesting.

“The movement made major mistakes,” Kuru argues, “by first allying [with the Justice and Development Party] and then engaging in a zero-sum struggle against it.” Then he points to the group's narcissism behind this hunger for power: “The movement has long viewed itself as superior to all other groups in Turkey.” Moreover, “The movement did not accept the necessity to differentiate various spheres of life, such as religion, politics, bureaucracy, science, media, banking, and charity. Instead, it attempted to not only function in, but also dominate, almost all of these spheres. Given its lack of meritocratic principles and ambition to be influential everywhere, the movement gained enemies from almost all other religious, political, and interest groups in Turkey.”

And why could no one in the movement stop these self-destructive passions? The answer, in the words of Kuru, is that “the movement has preserved an opaque, hierarchical, and mystical decision-making structure.” In other words, Gulen’s mystical visions — the commandments he ostensibly received in his dreams from the Prophet Muhammad — guided the group, disallowing any sober questioning.

In fact, even harsher criticisms can be brought against the Gulen community. For example, the writers for the new site do not discuss the scandalous crimes of Gulenist police and prosecutors, such as imprisoning the group’s rivals with trumped-up charges and even forging documents. They don’t discuss the Gulenist role in the failed coup, either. Yet still, they have managed to rise above the propaganda of the community and say that the king — or the imam — is naked.

Turkey will be able to move forward from its current state of political civil war only when such critical minds rise up within the warring tribes. Because only with the dissolution of unquestioning loyalty in these tribes can there be a basis for social peace. Only then, as Kuru hopes, can these warring tribes “regard each other as parts of the same nation, rather than enemies to be destroyed.”