The failed coup attempt has not only set a new tone for Turkish politics, but also triggered wide soul-searching and finger-pointing within Islamist circles. 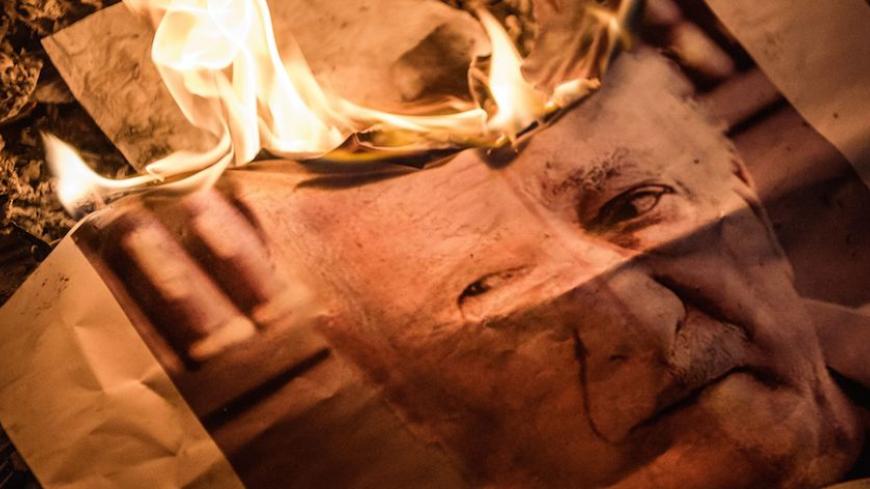 The failed coup attempt in Turkey has opened a whole new chapter in the nation’s history. The followers of Fethullah Gulen, seen by most political groups and ideological camps as being behind the coup, have become the national “enemy within.” This perspective, of course, has quite worrying consequences, for it leads to collective demonization and punishment, and the Gulen community includes many innocent people who are unaware of the group’s darker side. How to uphold the rule of law in the face of hysteria over a powerful threat is a challenge that should concern everyone.

Meanwhile, the Gulenist crisis triggered something else in Turkey: soul-searching and finger-pointing within the Islamic camp. There are endless debates in the media over whether the “Gulenist treason” was a product of the eccentric beliefs of a cult or caused by deeper problems shared by other Islamic communities in Turkey.

Those who are broadly called “modernists” lead one side in this debate. They are scholars, most of them theology professors who have reformist views on Islam. To them, the Gulenist problem is the result of a belief in a divinely-guided savior, a culture of blind obedience to a religious master and an esoteric understating of Islam that sees mystical signs everywhere. They argue that other Islamic communities in Turkey — such as Sufi orders or the Nur tradition — also share these “superstitious beliefs.”

One of the scholars who make this argument is Mustafa Cagrici, the former mufti of Istanbul, a professor of Islamic theology and columnist for the mildly pro-Justice and Development Party Karar. He recently wrote a controversial piece on the need to question Islamic communities. He argued that not just Gulenists but also many other Islamic communities in Turkey believe in notions such as the “mahdi,” the savior who will come at the end of times, which does not exist in the Quran. These myths, he wrote, “arise from the crooked religious information produced over the centuries,” and Gulenists turned this into a threat because they were able to acquire immense power.

On the other side, there are more traditionalist Islamists who blame the modernists themselves for the problem. One of the most hawkish voices in this choir, columnist for the hard-core pro-Erdogan Star Yakup Kose, wrote a piece headlined “Who will control faculties of theology?” In this view, the problem was not the mainstream Sunni tradition, but Gulenists’ deviation from it. Kose saw the roots of the problem in 19th-century Muslim reformists such as Jamaladdin Afghani or Muhammad Abduh, “who all claimed to renew Islam.” He also pointed to Gulenists’ “interfaith dialogue” with Christians, which he saw as a proof of their heresy. The real solution for him was to cleanse Turkey’s faculties of theology from all such modernists who deviate from the “pure creed” of Sunni Islam.

To offer my two cents in this debate, I certainly agree with the modernists. The theological problems we see in the Gulen community are indeed rooted in the Sunni traditions that shun individualism and rationalism at the expense of obedience and mysticism. A powerful belief in apocalypticism — that we are at the “end of times” and a savior is needed — is also a common problem in various Islamic groups, all of which see their own leader as the awaited one.

However, there are also some nuances that modernists need to see. One point is that no Islamic community other than the Gulenists had such an ambition to take over the state by covert infiltration. (I called them “bureaucratic Islamists” elsewhere.) In fact, the very belief system that some modernists blame for Gulenism, the Nur tradition initiated by the writings of Said Nursi (who died in 1960), includes reservations about aligning with a state power. As I have written repeatedly — in pieces warning the Gulenists against their lust for power — Nursi made a distinction between “mace” (state power) and “light” (religion). Those who want to serve religion should refrain from grabbing “mace,” he wrote, which would only scare people away from the “light.” Little wonder that followers of Nursi, with the exception of Gulen and his own, never engaged in “bureaucratic Islamism” and remained within civil society.

There is another point that should be added to the debate: the nature of the Turkish state. The Turkish Republic, from its beginning in 1923, was devised as the very antithesis of limited government. It is a Leviathan that has centralized control over all bureaucracy, security forces, education (including universities), foundations and even wields huge influence over media and the economy. Since the state is so powerful, centralized and definitive, almost every social group has an eye on influencing and even capturing it.

That is why the Gulenist coup attempt is only one incident in a long century of bitter political wars. That is why Turkey had seen four previous military coups, in addition to several unsuccessful attempts. That is why raising a “cadre” within the state has been a national ambition pursued by almost every group, such as Kemalists, nationalists, leftist, rightists, Sunnis and Alevis.

One of the most levelheaded Turkey observers I know, London-based academic Ziya Meral, nicely captured this underlying malady when he defined the July coup attempt as “yet another episode in Turkey's history of competition for state control.” The ultimate question the country should face, he added, is “How can the Turkish state be made less appealing, open to less prebendalism, less all-consuming, but serving all citizens equally, recruiting and appointing on merit not on identity, acting within rule of law and under no clique's dominance?”

The problem at hand, in other words, is about not only Islam, but also Turkishness — not just religion, but also a political system and culture. Turks need to discuss all of them seriously and constructively. Sadly, though, there is little room for such a dialogue in Turkey now because of a political zeal that not only dominates today but is likely to linger for quite a while.