The ambitious Turkish gendarmerie command is seeking to form a cooperative agency with countries in and around Central Asia as part of its increased involvement in Turkey's foreign policy. 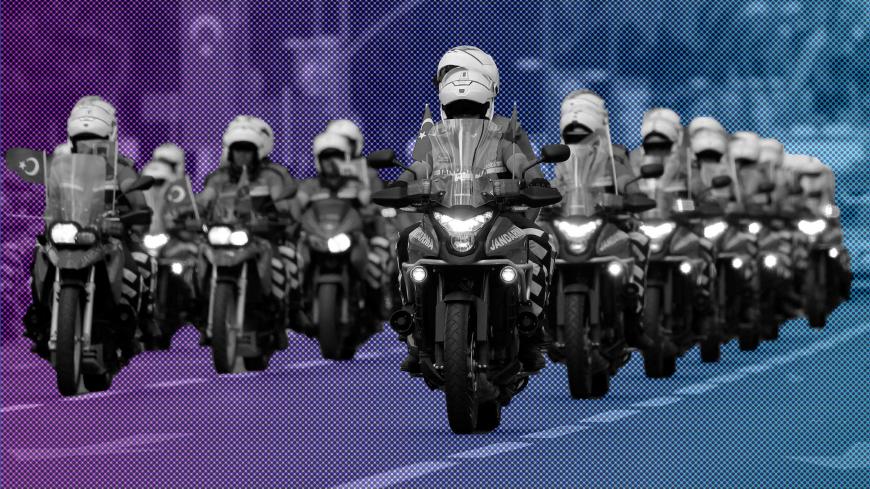 The public should expect to hear the name of the Turkish Gendarmerie General Command frequently in 2018 as it becomes a major tool for Turkey’s foreign policy, with plans to coordinate with other Eurasian police forces.

The gendarmerie forces are responsible for law enforcement in rural areas, which make up about 65% of Turkey's territory. As of November, it had 180,000 personnel. About 60% of the personnel are professionals including officers, noncommissioned officers and contracted personnel, and 40% are conscripts.

But the gendarmerie command — which is active in combating terror and border security with its attack helicopters, heavy armored vehicles, armed drones and combat-proven special operations teams at its disposal — appears more like an army with serious conventional military capabilities instead of a rural police force.

This war machine attached to the Ministry of Interior apparently is becoming an important foreign policy instrument. The gendarmerie command, which has been in close cooperation with Italy and France in training and joint exercises, also executes its own train-and-equip programs in Macedonia, Gambia and Somalia. Now it is eyeing Eurasia for 2018.

Turkish media reports say the command aims to reactivate the Organization of the Eurasian Law Enforcement Agencies with Military Status. The group goes by the acronym TAKM, from the names of its founders: Turkey, Azerbaijan, Kyrgyzstan and Mongolia, four Turkic-speaking countries. The group was set up in 2013 in the Azerbaijani capital, Baku, with the aim of strengthening cooperation and experience-sharing among the countries' law enforcement personnel. However, the organization has not become active due to the reluctance of Mongolia.

According to TAKM's charter, any Eurasian country with gendarmerie law enforcement units could apply for membership, and Kazakhstan has expressed a firm intention to join. Russia is also closely following the reactivation efforts.

Turkey is an active member of the European and Mediterranean Gendarmeries and Police Forces with Military Status (FIEP). Turkey also has observer status in the European Gendarmerie Force (EGF), which covers only European countries. In addition, there are regional organizations of African countries under the African Union. TAKM plans to compete with all of these groups, using a Eurasian twist. TAKM will have a term presidency, a permanent secretariat and a general council of directors/commanders. It will have four permanent commissions of operations: organization, combating crime, personnel and training cooperation, and research and development.

This new body will enable the command to quietly develop low-profile military and security cooperation without any conflicts with NATO or Western allies, officials said.

The Turkish gendarmerie was hastily detached from the operational command of the Turkish General Staff following the July 15, 2016, failed coup. It was attached to the Ministry of Interior with all of its components, including personnel, intelligence, operations, logistics and training units by an emergency decree on July 27, 2016.

The gendarmerie, which fought in World War I and in Cyprus in 1974, is the only gendarmerie force with conventional combat experience, compared with some 50 similar forces in foreign countries. It was also active in Turkey’s Operation Euphrates Shield, which took place in Syria from August 2016 to March 2017. Today, the force is policing Syria’s Jarablus/al-Rai/al-Bab triangle.