PA looks for replacement to US as Mideast peace process sponsor

Following the US decision to recognize Jerusalem as Israel’s capital, the Palestinian Authority has endeavored to find a new sponsor for the peace process, yet this could be complicated by lack of options and threats to existing financial aid agreements. 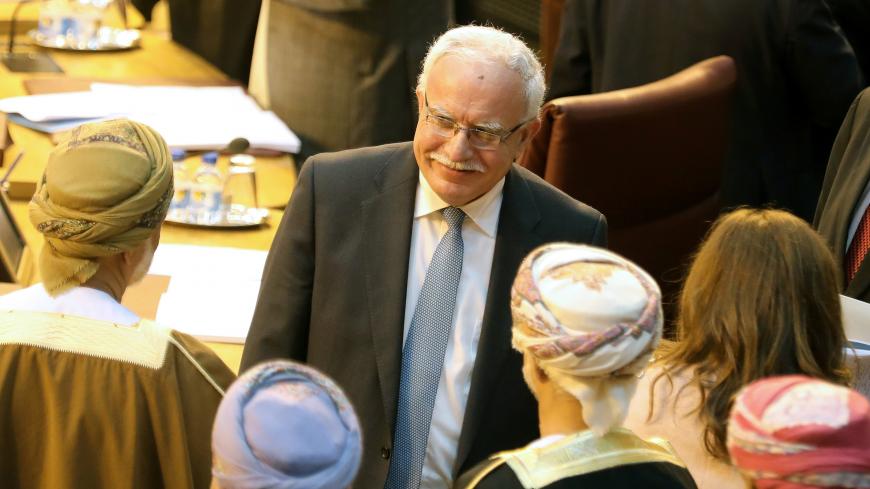 GAZA CITY, Gaza Strip — US President Donald Trump's decision to recognize Jerusalem as the capital of Israel and move the US Embassy there has angered Palestinians who decided to seek a new sponsor for the peace process as a substitute for the United States, which they believe has lost the eligibility to sponsor the Middle East peace process because of Trump’s controversial move.

Palestinian President Mahmoud Abbas said in a speech to the extraordinary summit of the Organization of Islamic Cooperation in Istanbul Dec. 13, “Trump’s announcement is a flagrant violation of international law and signed agreements. I reiterate our objection to this null decision with which the United States shocked us all. This was not the deal of the century, but rather the blow of the century. The United States has chosen to lose its eligibility as an intermediary, and we will not accept for it to have a role in the peace process because it has shown full bias to Israel.”

Prior to Abbas’ speech, Palestinian Foreign Minister Riyad al-Maliki spoke at the Dec. 9 emergency meeting of Arab foreign ministers in Cairo, saying, “Trump thought it would be easy to announce such a decision, which the entire world rejected. He justified his sin with religious heresy. He isolated himself and prevented his country from ever playing a role in the peace process again.”

Meanwhile, member of the PLO Executive Committee Ahmed al-Majdalani told Al-Monitor that the Palestinian Authority (PA) can never again accept the US unilateral sponsorship of the peace process, as it showed bias to Israel in all its positions.

He said that the Palestinian leadership is discussing with Arab and some Western countries a new sponsor. He also noted that resorting to the Quartet on the Middle East could be an option after it expands and includes some Arab countries that wish to participate in that process.

Majdalani did not rule out the possibility of the PA undergoing major political and financial pressure. He pointed out that the US House of Representatives had unanimously approved the suspension of some financial aid to the PA under the pretext of the money going to the families of martyrs and prisoners, which the Palestinians believe is blackmail.

Abbas Zaki, a member of Fatah’s Central Committee, told Al-Monitor that the Palestinians have several options to choose from to respond to Trump’s decision. Abbas and all Palestinian officials refused to meet with US Vice President Mike Pence, who was scheduled to arrive in the Middle East Dec. 19 but postponed his visit until mid-January. This Palestinian move is the first step to keeping communication channels closed with the US administration until Trump withdraws his decision, in addition to seeking to join international organizations and resorting to field escalation against Israel and civil disobedience.

Zaki explained that the PA is well-aware that all these options come at a price, foremost of which is the cessation of financial support of the United States and some donor countries whose policies comply with US ones, noting that the PA is currently considering Arab and Islamic alternatives to fill any financial deficit resulting from the lack of US support.

On Dec. 5, the US House unanimously passed a bill known as the Taylor Force Act, to halt US financial aid to the PA, estimated at $300 million annually, unless the latter changes its laws to cease paying stipends to the families of Palestinian martyrs and prisoners.

Sharab predicted that some countries such as Russia, China, Turkey, France and even the European Union could pressure the United States to take more realistic, neutral and effective positions in the peace process in the future so as not to trigger rage in the Arab region.

Speaking about the financial aid provided to the PA, Sharab said that the United States could be understanding of the Palestinian anger over Trump's decision if the Palestinian position remained limited to anger and did not translate into policies and positions against the United States and Israel; otherwise, both America and Israel could take strong steps against the PA, such as cutting all the aid and financial support provided to it and tightening the grip around it.

Akram Atallah, a political analyst and writer at the Palestinian daily Al-Ayyam, shares Sharab’s view and believes the PA can never find an alternative to the United States because the latter is the only country in the world with the ability to force Israel to resume the peace process and abide by some of its resolutions.

Speaking to Al-Monitor, Atallah warned the PA that a clash with the United States could harm the Palestinian cause. He expected that America would order some countries that support the PA financially, including some Arab countries, to cut the support. Atallah also shed light on concerns about Israel no longer transferring the tax revenues it collects through the ports to the PA.

Since the PA has little to no options in seeking a new sponsor and in light of Arab and Western pressure, it seems that the United States would try to understand why the recognition of Jerusalem as Israel’s capital raised the ire of Palestinians and Arabs and will attempt to ease it by postponing the transfer of the US Embassy to Jerusalem if Arab and Islamic pressure on the United States continues, which could be a good way out for the PA after all this anger.