The Palestinian Authority is mobilizing international support to find a new sponsor for the peace process following US President Donald Trump’s decision to recognize Jerusalem as Israel’s capital. 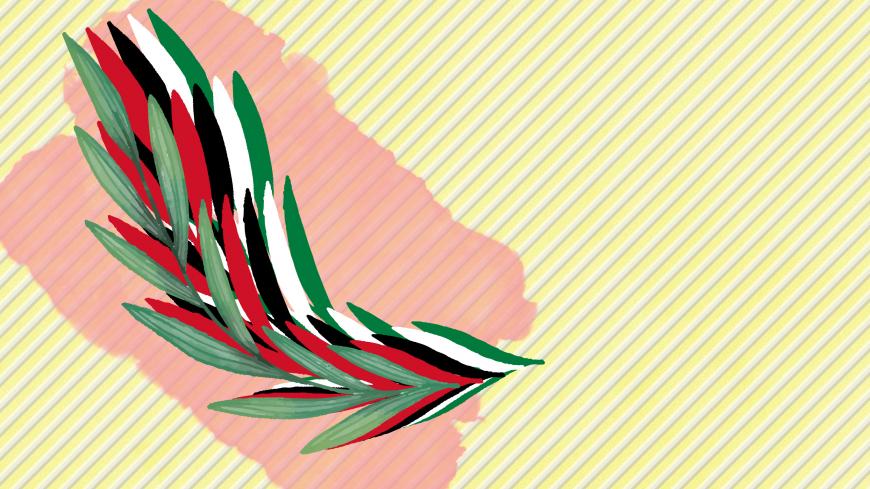 RAMALLAH, West Bank — As an alternative to US sponsorship, the Palestinian Authority (PA) is looking to recruit an international coalition to guide the peace process with Israel. The PA no longer considers the United States a reliable negotiator in light of US President Donald Trump's recognition of Jerusalem as the capital of Israel.

On Dec. 19, Palestinian President Mahmoud Abbas sent delegations to Russia and China to discuss the possibility of those countries taking an active role in the peace process. Abbas adviser Nabil Shaath spoke Dec. 20 with Al-Monitor by phone after arriving in Beijing. He had just visited Moscow "as part of our delegation's mission to search for new sponsors for the peace process," he said.

Speaking about the outcome of his meeting with Russian Foreign Minister Sergey Lavrov, Shaath said, “We have informed Russia of our decision to reject the US monopoly on the peace process, and if Russia, China and some European countries want to find an international framework for the peace process, we are fully prepared to deal with it. And Russia expressed its readiness to play this role.”

Haaretz reported Dec. 18 that the Palestinian delegation’s visit to Beijing was to coincide with that of an Israeli delegation following an invitation by the Chinese Foreign Ministry. According to Haaretz, this falls under Beijing's policy to strengthen its role in the Middle East and the Israeli-Palestinian conflict.

Shaath noted, “China wants to show the Palestinian and Israeli delegations that it is ready to take over the peace process, and we do want it to play a role in sponsoring the peace process alongside other international parties.”

When asked what the PA wants this international sponsorship to look like, Shaath said it could be similar to the platform used by the six world powers — the United States, China, Russia, Britain, France and Germany — to reach the nuclear agreement with Iran. “The most important thing for us here is to no longer have a US monopoly over the peace process," he added.

Abbas met Dec. 22 with French President Emmanuel Macron in Paris to see whether France is likely to have a role in the peace process.

Abbas said at a press conference there, “The United States is no longer an honest mediator in the peace process, and we will not accept any US plan because of its bias and violation of international law." Macron reiterated his support for a two-state solution and said France will work to facilitate negotiations, but he added that it would be premature to give up on the current peace initiatives.

Mohammad Shtayyeh, a member of the Fatah Central Committee, said in a Dec. 20 interview with Russia Today that Abbas “wants to create a coalition to end the occupation, hence his meeting with President Macron — and he will meet with European foreign ministers in mid-January.”

The PA, in addition to presenting its proposal to a number of world powers, deployed major efforts in UN institutions to gain support.

In a Dec. 21 speech before the UN General Assembly, Palestinian Foreign Minister Riyad al-Maliki said, “The peace process is not a matter of monopoly, and the Palestinian cause is the responsibility of the international community as a whole, including the UN.” That same day, the General Assembly officially rejected Trump's decision on Jerusalem.

Meanwhile, the PA’s rejection of the United States as a sponsor of the peace process and Abbas' search for an international one is a knockout blow for the so-called deal of the century that the United States intended to put forward to resolve the Palestinian-Israeli conflict.

“The US sponsorship of the peace process must end, and it should not be given the opportunity to make any proposals and suggest ideas for the peace process,” Abbas' presidential adviser for diplomatic affairs, Majdi al-Khalidi, told Al-Monitor.

Khalidi noted, “It is necessary for the state of Palestine to obtain recognition all around the world so that the peace process is based on equal grounds between two recognized states.”

Political author and former spokesman for the Palestinian government, Ghassan Khatib, told Al-Monitor that international support will help the PA, but it can only go so far without Israel's cooperation.

“I do not personally think the PA's efforts can work because Israel will not accept sponsorship other than the United States, which will employ all means to impede these attempts." Yet, Khatib said, “if the PA fails to find an international alternative, it must continue to reject US sponsorship to spare the Palestinian cause more damage."

He said an international coalition would "respect and abide by international law and resolutions on the Palestinian cause, unlike the US sponsorship."

Regarding the PA’s ability to withstand possible US economic sanctions, Khatib said, “I don't expect the United States to impose economic sanctions on the PA, especially since its economic aid goes in two directions — the bulk goes to the Palestinian security services and the other part to the Palestinian private sector.” Meanwhile, the US decision to cut aid to the PA in early December is related to the funds it provides to the public budget.

“It is difficult for Washington to stop supporting the Palestinian security services," which work with Israel to counter unrest and violence. "But even if [the United States] does so, the PA can handle it. In any case, stopping all economic aid would be less dangerous and damaging than agreeing to continue with the US sponsorship of the peace process," he added.

The PA’s rejection of any US sponsorship of the peace process is the first of its kind in the 24 years that followed the Oslo Accord. This means that the process will be stepping into new territory. The PA can either succeed in mobilizing international support or end up freezing the peace process until it finds a new sponsor; otherwise, it will have to succumb to pressure and resort to the United States once again.