More than a year on, Hirak protesters remain behind bars in Morocco

Despite the announcement of a development project in the marginalized Rif region in Morocco, authorities are still detaining and prosecuting hundreds of protesters who took part in demonstrations demanding economic and social justice. 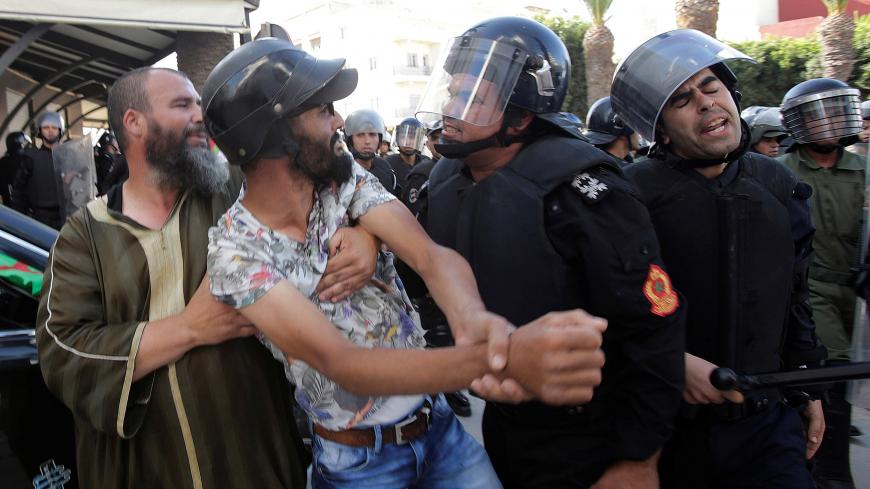 Riot police charge protesters during a demonstration for economic justice in the town of al-Hoceima, Morocco, July 20, 2017. - REUTERS/Youssef Boudlal

On Dec. 26, a hearing took place in the collective prosecution of 54 activists held at the Oukacha prison in Casablanca, with further court dates for the case postponed until January. The activists on trial are affiliated with Hirak, the protest movement that emerged in the Rif region in October 2016 after Mohsin Fikri, a fish vendor, was crushed to death in a garbage truck as he tried to retrieve fish that authorities had confiscated.

Although the government has acknowledged Hirak’s social and economic grievances — that is, better infrastructure, jobs and health-care facilities — hundreds of protesters remain behind bars after a crackdown that began in May.

Nasser Zefzafi, described as Hirak’s leader, is among the 54 activists standing trial, in his case for threatening the internal security of the state. Authorities are also trying seven reporters who covered the protests for local websites. Hamid Mahdaoui, the most well-known journalist in the group and editor of the news website Badil, recently shut down, had been arrested in July. He was sentenced to a year in prison for inciting to protest. He had been openly supportive of Hirak and critical of the government’s handling of Hirak and repressive measures. He is now being charged with the failure to denounce a crime threatening national security, for which he faces up to five years in prison.

This month, dozens of protesters received sentences for alleged acts of violence during Hirak demonstrations, disrupting public safety or taking part in an unauthorized protest. On Dec. 18, six people were sentenced to two to four years in prison and 20 others to one to three years on Dec. 12 in al-Hoceima, the heart of the Hirak movement. Eleven juveniles were arrested Dec. 17-18 and held for up to two nights before being released. They were charged with protesting without authorization, in Imzouren, formerly a Hirak stronghold.

Youssef Raissouni, the executive director of the Moroccan Association of Human Rights’ (AMDH) central bureau in Rabat, told Al-Monitor that at least 400 people have been detained since May in connection with Hirak.

On the political front, the government's response to the situation involving Hirak has been unusual in that some officials have been held accountable. In October, four ministers were sacked for delays in Al-Hoceima Manarat al-Mutawassit (Al-Hoceima, Beacon of the Mediterranean), a development project launched in 2015. King Mohammed VI had ordered an investigation into the project's delay earlier this year, after which the project emerged as the official response to Hirak's demands and was designated a priority.

The Al-Hoceima project involves building roads, sports centers, hospitals and a cancer treatment center. The cancer center is of particular importance as Rif residents are known to have a high rate of the disease, which is thought to be related to mustard gas bombs dropped by the Spanish between 1921 and 1926 during the Rif war.

While some acknowledge the government’s efforts to address the lack of development in the Rif region, others are now worrying about the cost to human rights in terms of the government's response to Hirak protests and the ongoing detention and trials of those arrested.

“Initially the government was cautious in its reaction to Hirak,” Mohamed Chtatou, a political analyst, told Al-Monitor. “Then the response took two other directions: satisfaction of the Hirak’s economic demands in the region of al-Hoceima, but not in the rest of the region. The second aspect of the reaction is the big stick: the imprisonment of Hirak activists and their trial. This approach is mainly aimed at the establishment regaining 'hiba,' meaning the strength and grandeur lost during the initial stages of the uprising, and also setting an example for other regions tempted by the Hirak experience to further make known their development grievances. The justification of this approach: The state has always the last word, and democracy is a privilege, not a right.”

The protests have largely remained limited to the Rif, although solidarity demonstrations have been held in major cities, including Rabat and Casablanca. The last major protest held in al-Hoceima was on July 20 and was brutally dispersed, fatally injuring one protester, Imad el-Attabi, whose death was announced on Aug. 7. In summer 2017, as repression increased and more arrests took place, protesters began gathering to call for the release of all Hirak protesters, whom they considered to be political prisoners, with this demand surpassing the earlier social and economic demands.

Not too long after the wave of arrests in May, a report by the National Human Rights Council, an organization usually in line with the government, was leaked to the press, documenting allegations of human rights violations and torture. In response, on July 12, Justice Minister Mohamed Aujjar announced an investigation into these cases. No official follow-up has been made public.

According to an August Amnesty International report, 66 protesters said they had faced ill-treatment or had been tortured during interrogation. They were allegedly beaten, had their clothes forcibly removed, and were insulted and threatened to coerce confessions.

Protests have more or less been tolerated in Morocco since 2011, after the February 20 Movement, born in the wake of the Tunisian and Egyptian revolutions, greatly lowered the wall of fear. Freedom of assembly and a relative freedom of expression were won in Morocco's streets in the early years of the Arab Spring, but there have also been clear setbacks, including at least 300 people being jailed for politically motivated reasons since 2011 and some 2,000 arrested and later released, according to Raissouni, in many cases for what was described by human rights organizations as trumped-up charges. Human rights defenders consider the repression surrounding Hirak another step in this regression. Raissouni pointed to the 124 detainees who were jailed in 2016 for political motives, among them students, human rights activists and trade unionists, in addition to the Hirak arrests.

Moroccan authorities’ handling of the Hirak crisis has led Chtatou to perceive what he believes to be general repression targeting all government critics. He said, “The establishment [the Moroccan state] is returning to the concept of the strong and uncompromising state to deter the Amazigh activists, the Islamists of Al Adl Wal Ihsane and full democracy seekers, for the sake of security in troubled times. It was also made clear to journalists that if they do not toe the line, their publications will face economic suffocation and they will face prison and political harassment.” 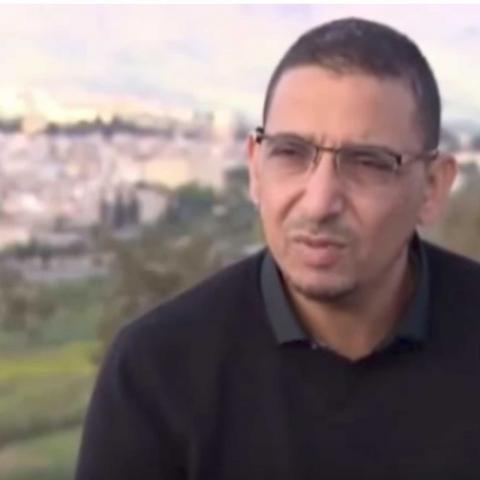 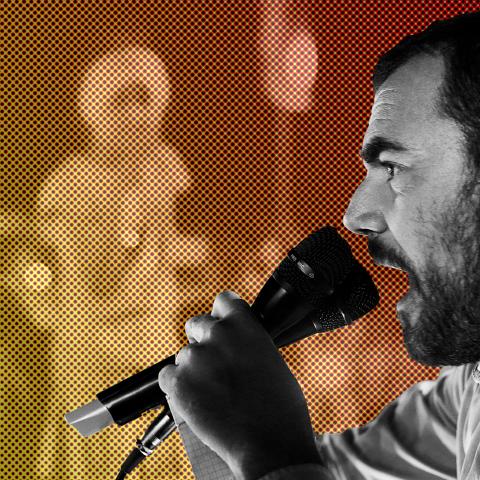 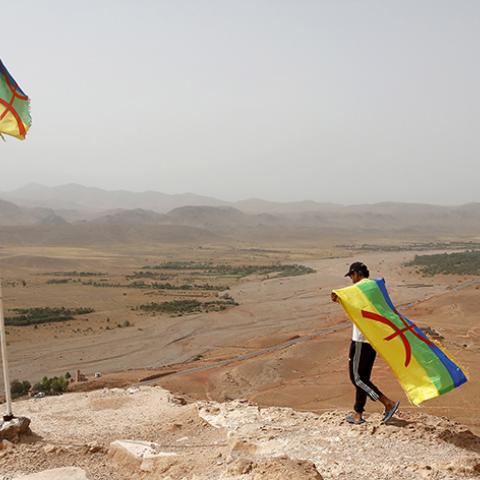