The Jerusalem proclamation by US President Donald Trump put an end to the American role as honest broker between Israel and the Palestinians. 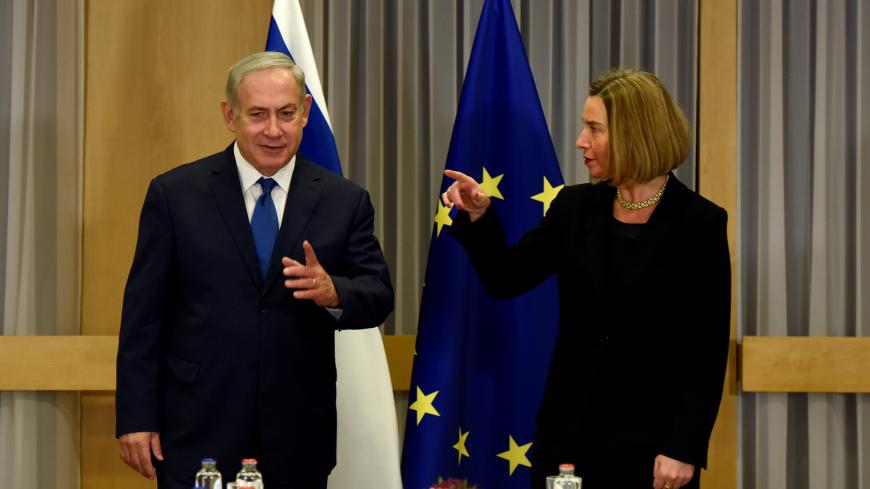 The US State Department announced Dec. 18 that the visit of Vice President Mike Pence in Israel has been delayed until mid-January. This delay  constitutes the only ray of light in the darkness that has surrounded Jerusalem ever since President Donald Trump recognized the city as the capital of Israel on Dec. 6. So far, Pence has only contributed to the flames ignited by his boss and the poisonous Christmas gifts sent from America; senior officials in the Trump administration said Dec. 15 that the Western Wall would forever remain under Israeli sovereignty. More so, Pence has decided to visit the holy site himself. In fact, as governor of Indiana, the fervent evangelist was the first state leader to pass legislation boycotting companies that support BDS — the anti-Israel boycott, divestment and sanctions movement. If Trump was the rosy dream of the Israeli right, Pence is the dream come true.

Were the declaration on Jerusalem a preview to an honest and logical plan by the Trump administration for Israeli-Palestinian peace, the failing Palestinian leadership might have swallowed the bitter pill. However, that was not the reason Palestinian President Mahmoud Abbas lost what was left of his trust in American mediation. He knows what lies behind the much-touted Trump administration peace plan, which Israeli Prime Minister Benjamin Netanyahu mentioned during his Dec. 11 visit to Brussels. As far as Abbas is concerned, this diplomatic blueprint is the final and absolute nail in the coffin of the 1993 Israeli-Palestinian Oslo Accord and its two-state vision.

Middle East scholar Geoffrey Aronson, the co-founder and chairman of the Mortons Group, reported Dec. 12, citing Arab and European sources, that at the heart of the Trump plan is a proposal to expand the Gaza Strip and establish the State of Palestine there. According to the report, to sweeten the pot, the Saudi prince offered Abbas a $10 billion grant.

The “State of Gaza” idea is not new. More than three years ago, the diplomatic affairs correspondent of Israel Army Radio, Ilil Shahar, reported on a similar proposal presented to Abbas by Egyptian President Abdel Fattah al-Sisi. The Obama administration and Netanyahu were in on the proposed deal. As compensation for giving up claims of sovereignty to the West Bank, the Egyptian president proposed giving Abbas 1,600 square kilometers (618 square miles) of land in the Sinai Peninsula, adjacent to Gaza. Abbas rejected the idea out of hand. He refuses to consider it now, too, as far as we know.

The White House and Saudi palace both denied all reports on the matter, but in February of this year, Ayoub Kara, the Israeli Druze communications minister and Netanyahu henchman, reported on a similar plan. “President Trump and Netanyahu are about to adopt the Egyptian president’s plan — a Palestinian state in Gaza and Sinai instead of in the West Bank,” he tweeted. “The plan will pave the way for a comprehensive peace with the Sunni coalition [in the Middle East].” Is this not reminiscent of the “ultimate deal” Trump promised before walking like a bull into the china shop called Jerusalem?

It’s time for Israeli and Palestinian believers in the two-state solution to abandon their illusion that Washington will salvage the peace process. It was not accomplished under Presidents Ronald Reagan, Bill Clinton, George W. Bush or Barack Obama. There is no reason to believe that the current residents of the White House will supply the goods. For them, the Israeli-Palestinian conflict is a domestic policy issue and not another regional crisis that requires conflict-resolution tools. For years, US partisan electoral interests and personal considerations have pushed aside strategic interests and diplomatic considerations. The one and only time a US administration leveraged its influence to advance the peace process was 25 years ago. President George H.W. Bush refused to grant Israel $10 billion in loan guarantees unless it stopped its settlement activity, paving the ruling Likud Party’s road to the opposition and clearing the path to the Oslo Accord.

The gaps between the sides cannot be bridged absent an active mediator equipped with sticks and carrots and willing to pay the price for using them. The Quartet on the Middle East, made up of the United States, the United Nations, Russia and the European Union, is no longer relevant; the automatic US veto of any resolutions critical of Israel’s occupation has rendered the UN toothless. Russia is more interested in arms buyers than in the consumers of peace. We are left with the EU.

With a barely veiled hint at the Gaza state plan, EU High Representative for Foreign Affairs and Security Policy Federica Mogherini directed a biting question at Netanyahu during their news conference Dec. 11. “You want three states, four, five, ten?” The senior European diplomat then reiterated the mantra that “two states are the only viable and realistic option.” In the same breath Mogherini made clear that in the foreseeable future, the EU has no intention of stepping into the shoes of the limping American mediator in order to achieve such a desired result. Leaders who have been burned once are twice shy.

Dec. 16 marked four years since the European Council’s decision to upgrade ties with Israel and a future Palestinian state to the status of a “special privileged partnership.” This is the top level of recognition granted to countries that are not members of the EU. In addition to a package of incentives estimated at billions of euros annually, the EU offered Israel security guarantees on central strategic issues such as the Iranian nuclear program and intelligence cooperation in the fight against terrorism, in addition to closer scientific research links and a deeper diplomatic dialogue.

Netanyahu, an expert at generating headlines out of every critical comment by the EU against Israeli settlements in the West Bank, reacted to the sweet deal as if it were a bitter pill. The European package is gathering dust. Its sponsors were left embarrassed and Israeli and Palestinian peace lovers were left without a shepherd. The only light they can see at the end of the tunnel is being generated by flames of fire and sulfur — the endless regional cycle of bloodshed.